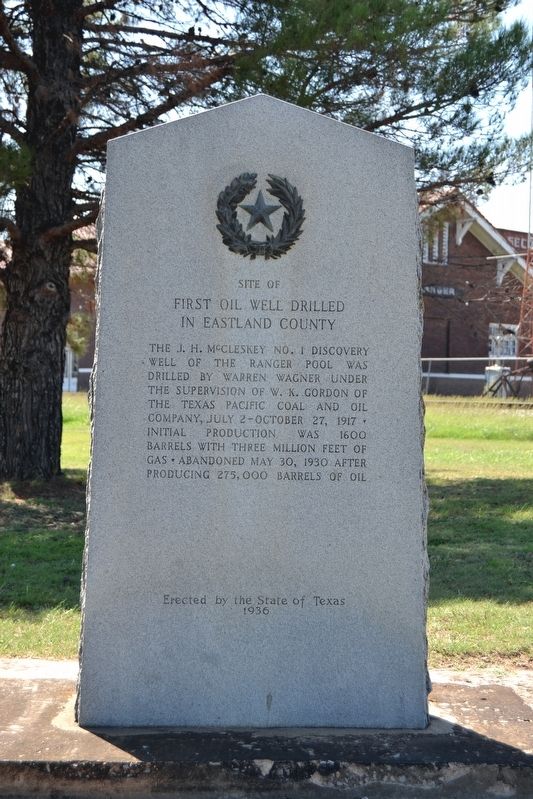 The J.H. McCleskey No. 1 Discovery Well of the Ranger Pool was drilled by Warren Wagner under the supervision of W.K. Gordon of the Texas Pacific Coal and Oil Company, July 2 - October 17, 1917. Initial production was three million feet of gas. Abandoned May 30, 1930 after producing 275,000 barrels of oil.

Topics and series. This historical marker is listed in this topic list: Industry & Commerce. In addition, it is included in the Texas 1936 Centennial Markers and Monuments series list. A significant historical date for this entry is July 2, 1917. 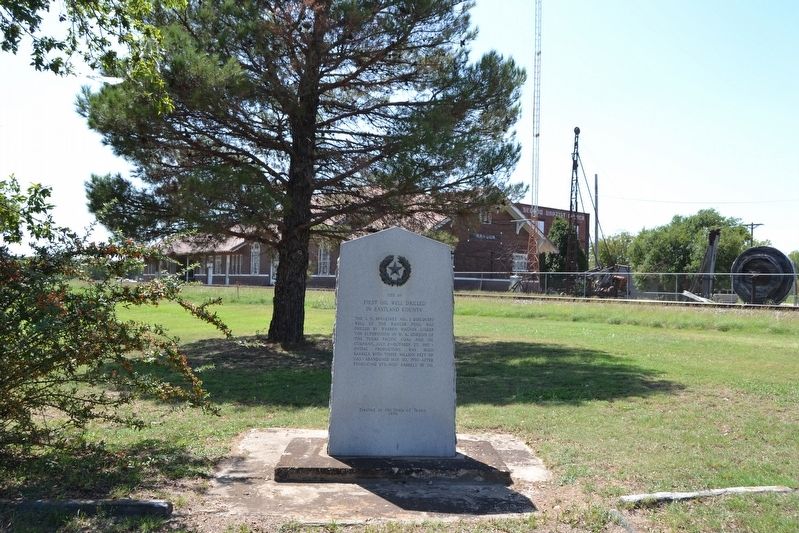 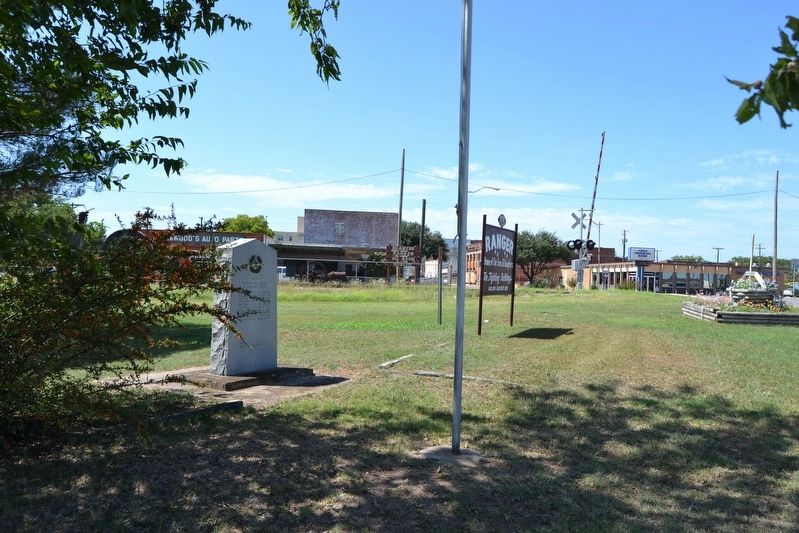