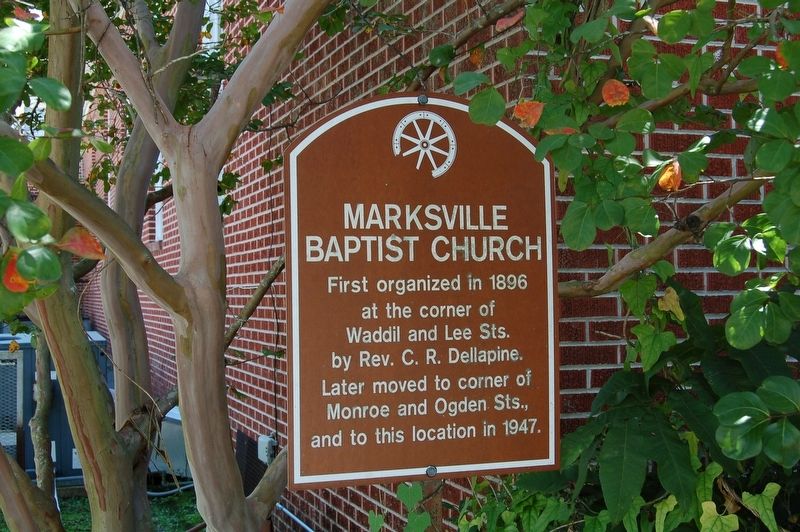 First organized in 1896 at the corner of Waddil and Lee Sts. by Rev. C. R. Dellapine. Later moved to corner of Monroe and Ogden Sts., and to this location in 1947.

Topics and series. This historical marker is listed in this topic list: Churches & Religion. In addition, it is included in the Louisiana, Marksville Historical Markers Driving Tour series list. A significant historical year for this entry is 1896.

Location. 31° 7.837′ N, 92° 3.793′ W. Marker is in Marksville, Louisiana, in Avoyelles Parish. Marker is on North Main Street (State Highway 115) north of Joffrion Street, on the right when traveling north. Touch for map. Marker is at or near this postal address: 651 N Main St, Marksville LA 71351, United States of America. Touch for directions. 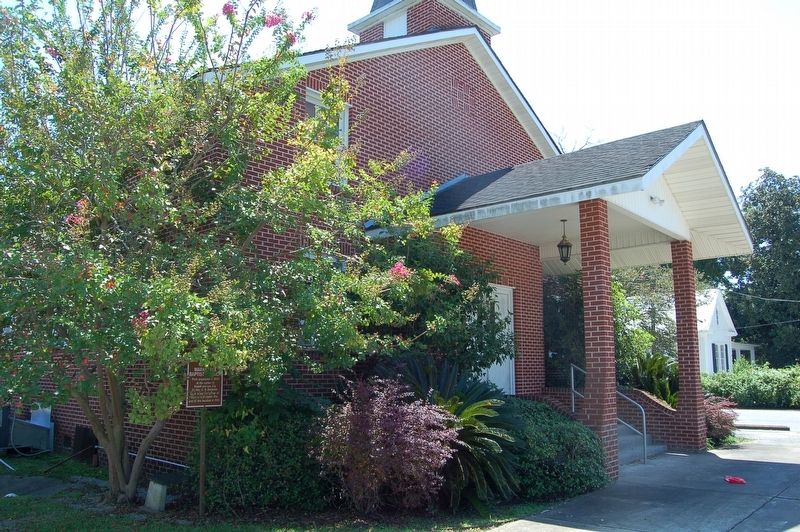