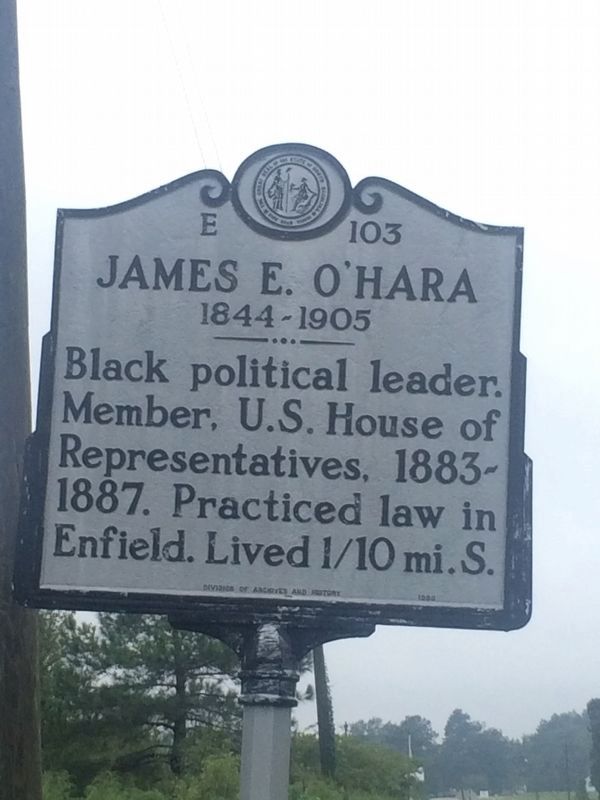 Topics and series. This historical marker is listed in these topic lists: African Americans • Government & Politics. In addition, it is included in the African Methodist Episcopal Zion (AME Zion) Church, and the North Carolina Division of Archives and History series lists. A significant historical year for this entry is 1887.

Other nearby markers. At least 8 other markers are within 11 miles of this marker, measured as the crow flies. John Branch (approx. one mile away); Henry B. Bradford (approx. 1.2 miles away); "Enfield Riot" (approx. 1.3 miles away); Brick School (approx. 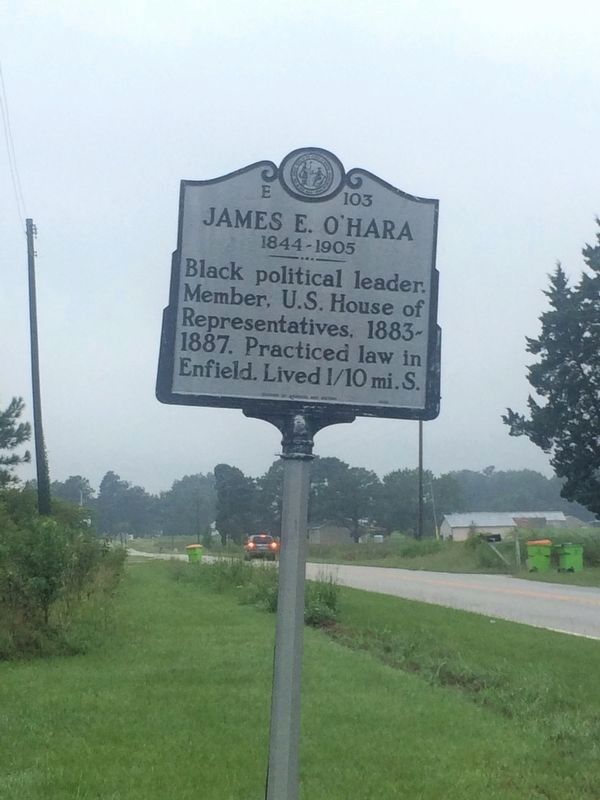 Regarding James E. O'Hara. After the American Civil War, James O'Hara moved to North Carolina with missionaries from the African Methodist Episcopal Zion Church. He was admitted in 1873 as the third black lawyer in North Carolina. He returned to Enfield to start his law practice. James was elected as a Republican to the North Carolina House of Representatives in 1868-1869.