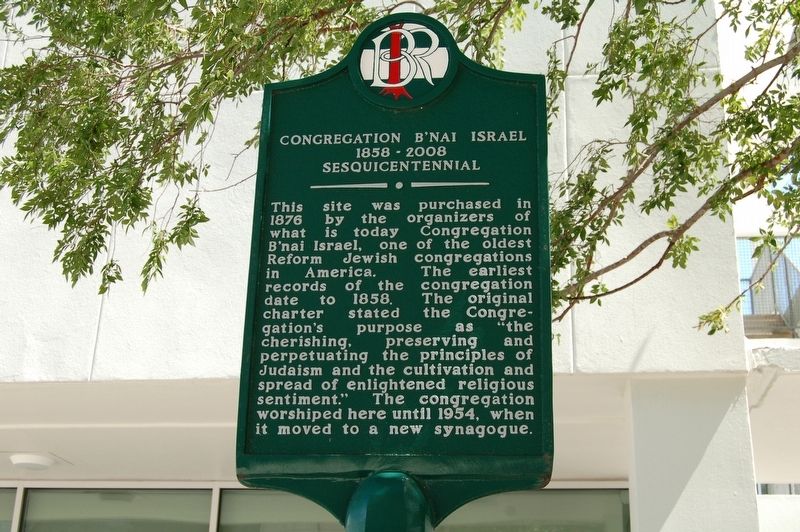 This site was purchased by the organizers of what is today Congregation B'Nai Israel, one of the oldest Reform Jewish congregations in America. The earliest records of the congregation date to 1858. The original charter stated the Congregation's purpose as "the cherishing, preserving and perpetuating the principles of Judaism and the cultivation and spread of enlightened religious sentiment." The congregation worshiped here until 1954, when it moved to a new synagogue.

Topics. This historical marker is listed in this topic list: Churches & Religion. A significant historical year for this entry is 1858. 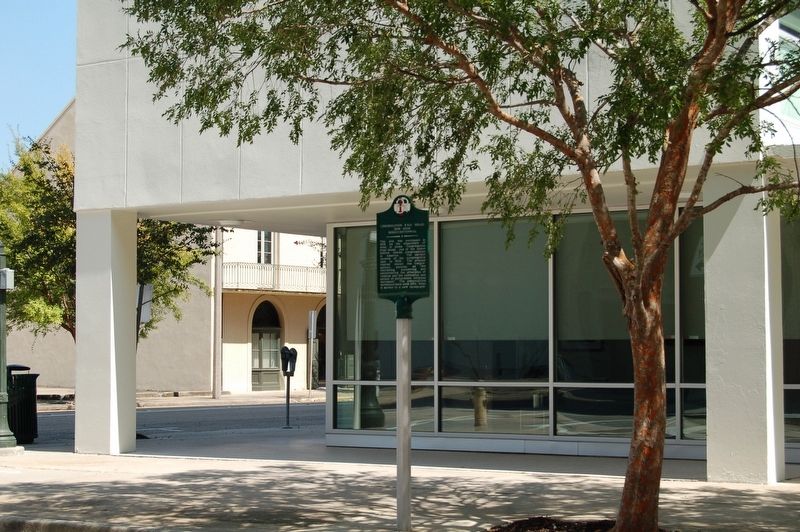