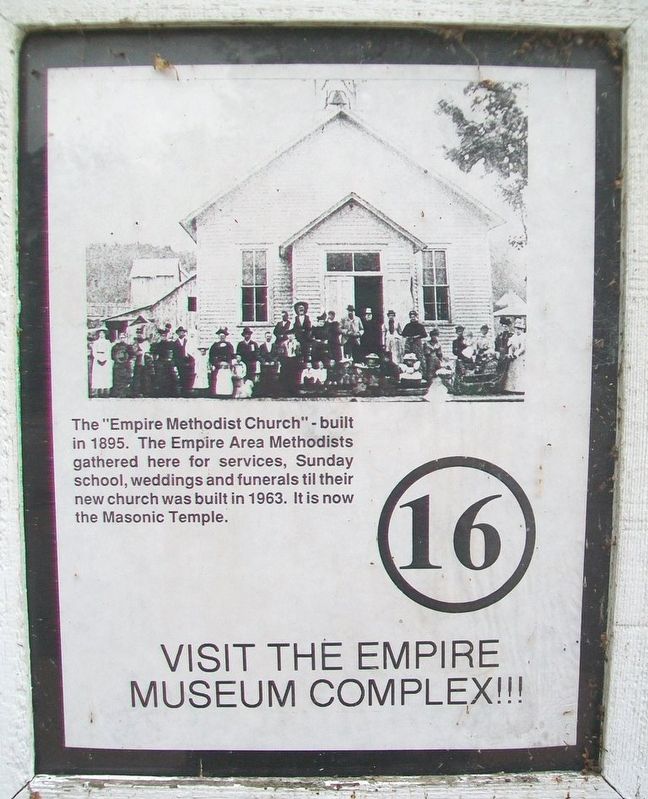 The "Empire Methodist Church" - built in 1895. The Empire Area Methodists gathered here for services, Sunday school, weddings and funerals till their new church was built in 1963. It is now the Masonic Temple. (Marker Number 16.)

Topics. This historical marker is listed in these topic lists: Churches & Religion • Fraternal or Sororal Organizations.

Location. 44° 48.655′ N, 86° 3.592′ W. Marker is in Empire, Michigan, in Leelanau County. Marker is at the intersection of Front Street and Union Street, on the left when traveling west on Front Street. Touch for map. Marker is at or near this postal address: 10069 Front Street, Empire MI 49630, United States of America. Touch for directions. 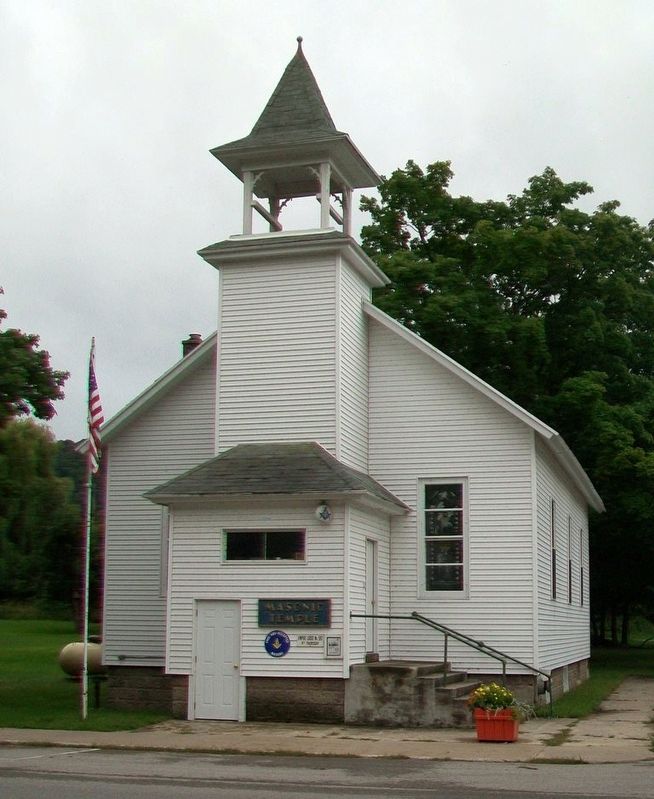