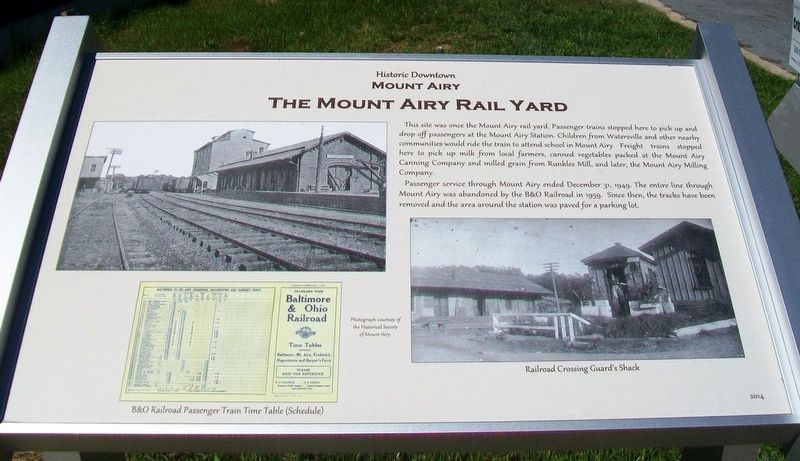 Topics and series. This historical marker is listed in these topic lists: Industry & Commerce • Railroads & Streetcars. In addition, it is included in the Baltimore and Ohio Railroad (B&O) series list. A significant historical date for this entry is December 31, 1949. 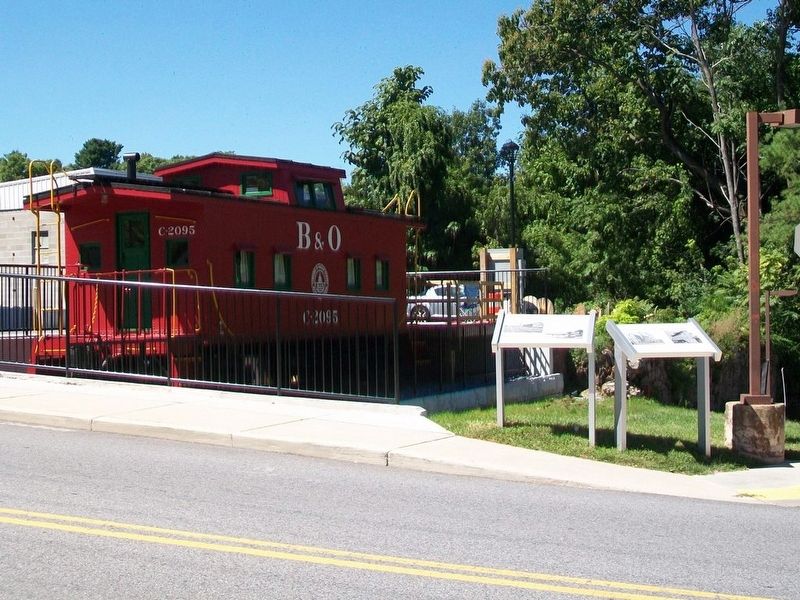 Click or scan to see
this page online
Main Street (Maryland Route 808) south of Prospect Road, on the right when traveling south. Touch for map. Marker is at or near this postal address: 2 South Main Street, Mount Airy MD 21771, United States of America. Touch for directions. 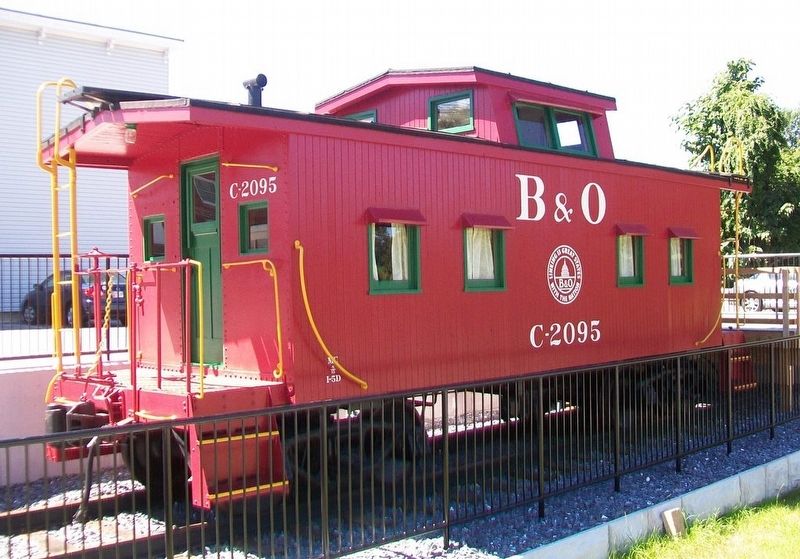 Photographed By William Fischer, Jr., September 12, 2016
3. B&O Wooden Caboose Displayed Next to Mount Airy Rail Yard and Mills Markers
from 1831 built to connect Baltimore with the Midwest and one of the first railroad lines in the country. By 1883 B&O's lines from Baltimore through Washington were completed and soon their long distance passenger service bypassed the Old Main Line.