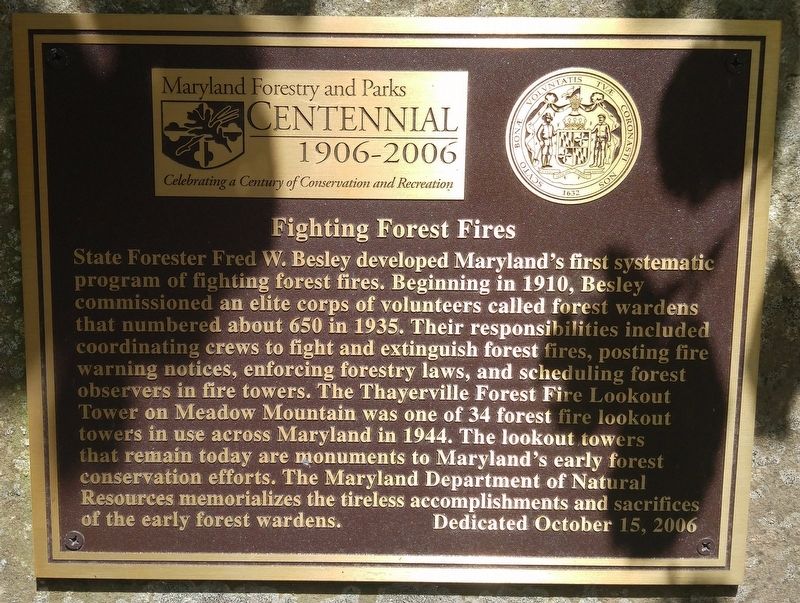 Erected 2006 by Maryland Forestry and Parks.

Topics. This historical marker is listed in this topic list: Horticulture & Forestry. A significant historical year for this entry is 1910. 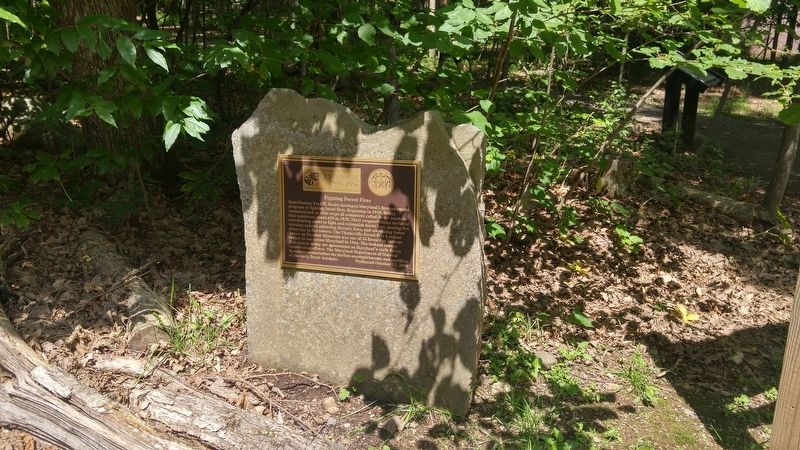 Click or scan to see
this page online
the intersection of State Park Road and Brant Road. Marker is located .2 miles north along the Fire Tower Trail that starts from the administration building at this intersection. Touch for map. Marker is in this post office area: Swanton MD 21561, United States of America. Touch for directions. 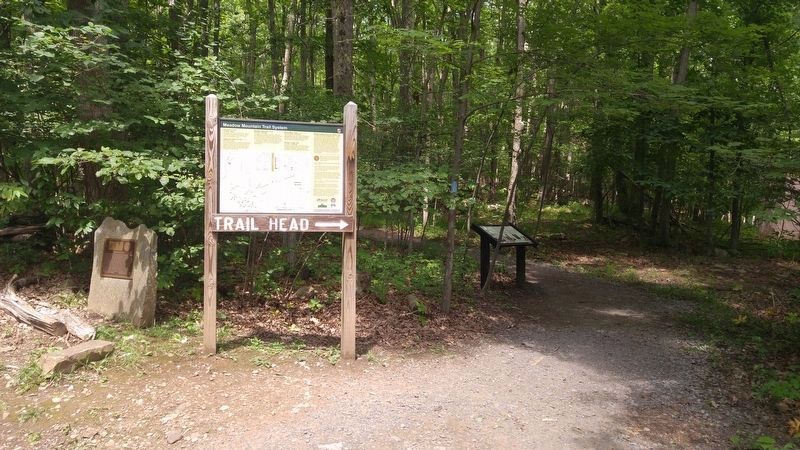 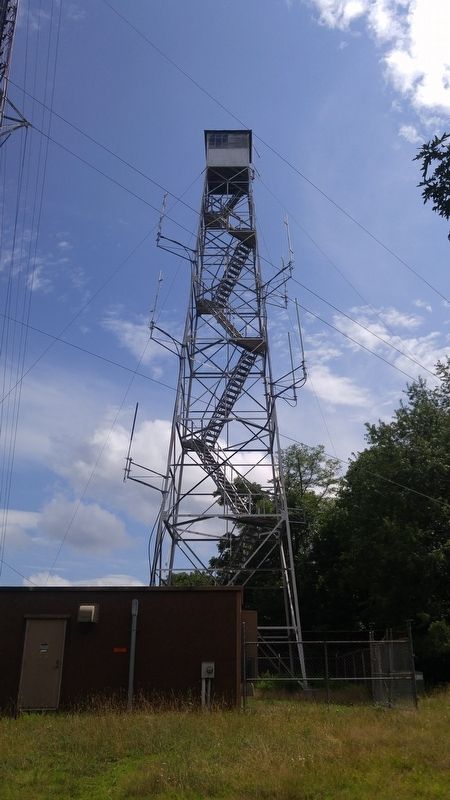