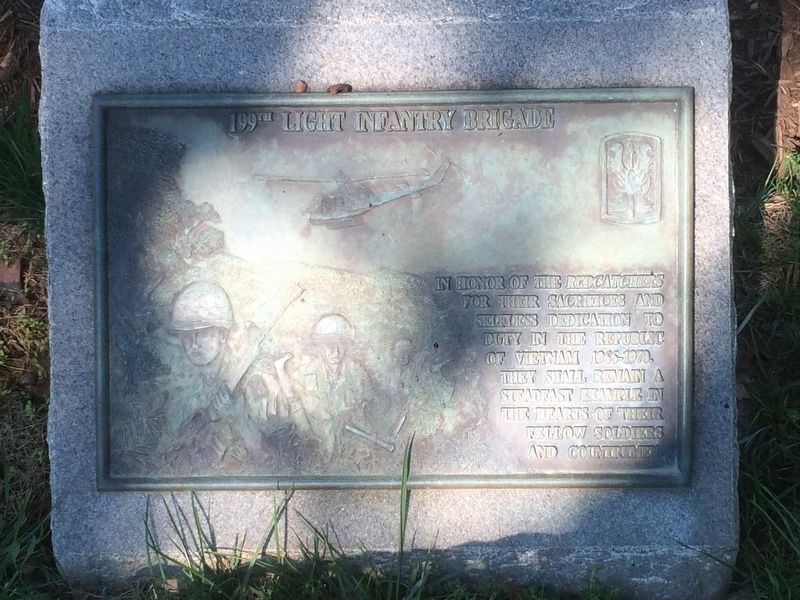 In honor of the Redcatchers for their sacrifice and selfless dedication to duty in the Republic of Vietnam, 1966-1970.

They shall remain a steadfast example in the hearts of their fellow soldiers and countrymen.

Insignia of the 199th Infantry Brigade

Topics and series. This memorial is listed in this topic list: War, Vietnam. In addition, it is included in the National Cemeteries series list.

Location. 38° 52.887′ N, 77° 4.103′ W. Marker is in Arlington, Virginia, in Arlington County. Memorial is on Roosevelt Drive, 0.1 miles west of Weeks Drive, on the right when traveling west. The marker is in Section 31 of Arlington National Cemetery. Touch for map. Marker is in this post office area: Fort Myer VA 22211, United States of America. Touch for directions. 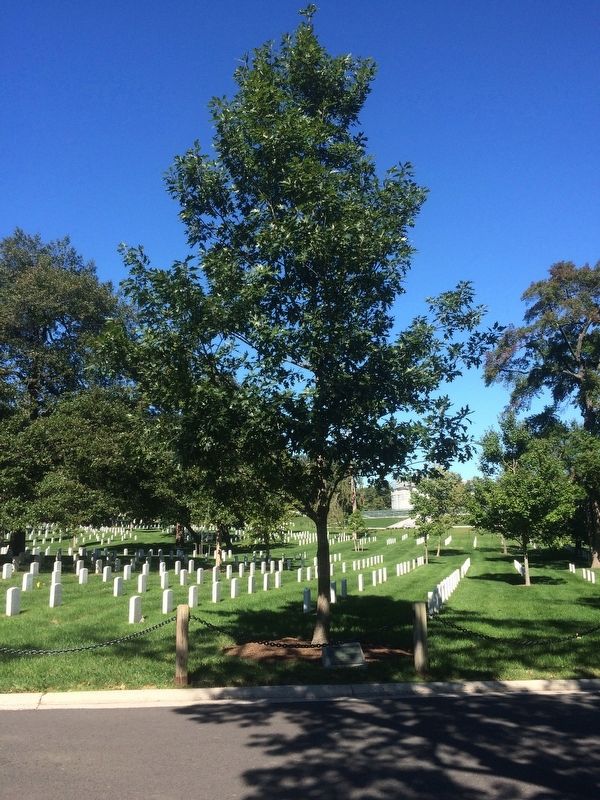 By J. Makali Bruton, October 10, 2016
2. 199th Light Infantry Brigade Marker
The marker and the memorial tree can be seen in this view towards the north from Roosevelt Drive.