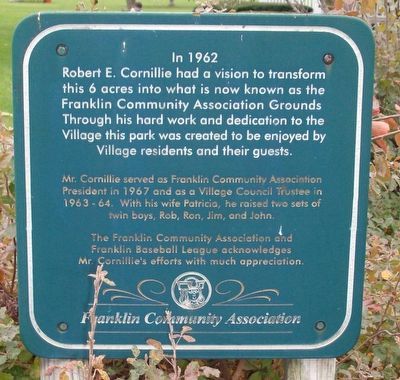 In 1962, Robert E. Cornillie had a vision to transform this 6 acres into what is now known as the Franklin Community Association Grounds. Through his hard work and dedication to the Village this park was created to be enjoyed by Village residents and their guests.

Mr. Cornillie served as Franklin Community Association President in 1967 and as Village Council Trustee in 1963-64. With his wife Patricia, he raised two sets of twin boys, Rob, Ron, Jim, and John.

Topics. This historical marker is listed in this topic list: Charity & Public Work. A significant historical year for this entry is 1962.

Location. 42° 31.519′ N, 83° 18.429′ W. Marker is in Franklin, Michigan, in Oakland County. Marker is at the intersection of Carol Avenue and Normandy Road, on the left on Carol Avenue. Touch for map. Marker is in this post office area: Franklin MI 48025, United States of America. Touch for directions.

Other nearby markers. At least 8 other markers are within 2 miles of this marker, measured as the crow flies. Kreger Farm Buildings (within shouting distance 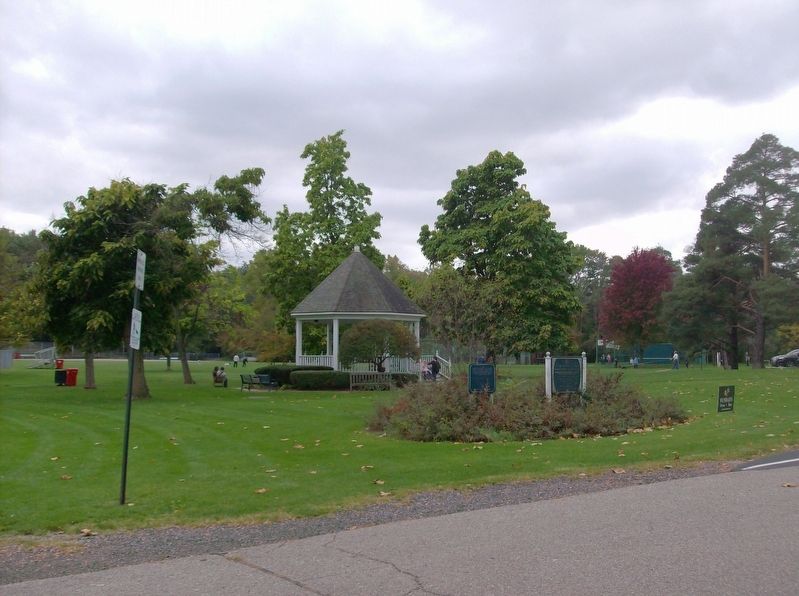