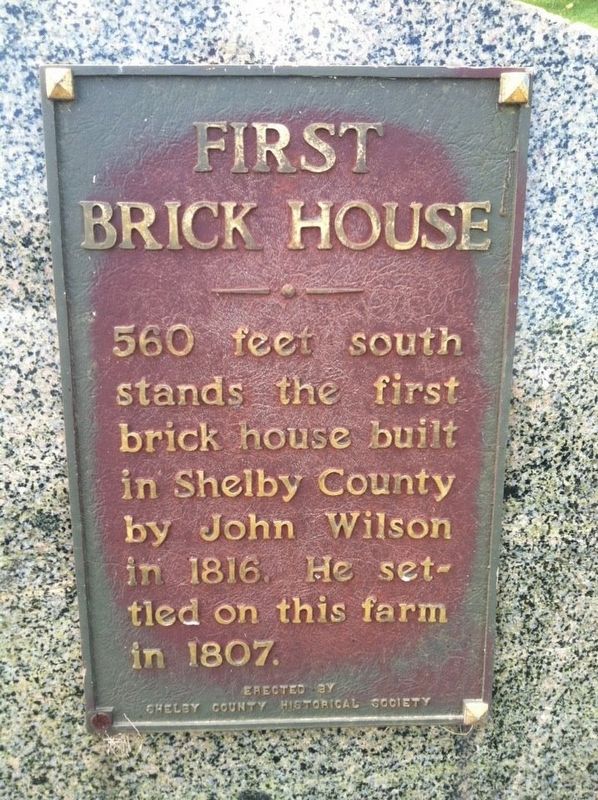 560 feet south stands the first brick house built in Shelby County by John Wilson in 1816. He settled on the farm in 1807.

Topics. This historical marker is listed in this topic list: Settlements & Settlers. A significant historical year for this entry is 1816. 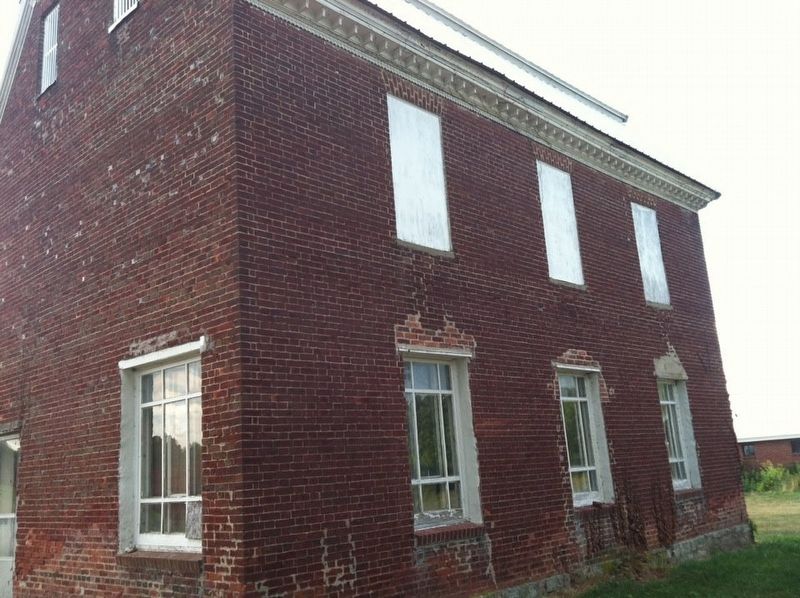 Click or scan to see
this page online
The house still stands, and is down the drive on the farm. Private property. House looks in good shape but is unoccupied.

Also see . . .  County’s oldest house still charms. 2018 article by Patricia Ann Speelman in the Sydney Daily News. “The house dates to 1816, when Irishman John Wilson built a home “sturdy enough to protect his family from Indian attacks,” said current owner Barbara Ditmer. The bricks — which were possibly made on the property — were laid using a Flemish bond, a pattern that alternated the ends and the sides of the bricks. The Flemish bond is thought to be among the strongest, and the house in Hardin may prove that rule. It has withstood a 1934 earthquake; a 1945 renovation that included an addition, the lowering of ceilings and the installation of a wood-burning furnace; and then almost 50 years of neglect, yet it still stands proud.” (Submitted on January 3, 2019, by Rev. Ronald Irick of West Liberty, Ohio.) 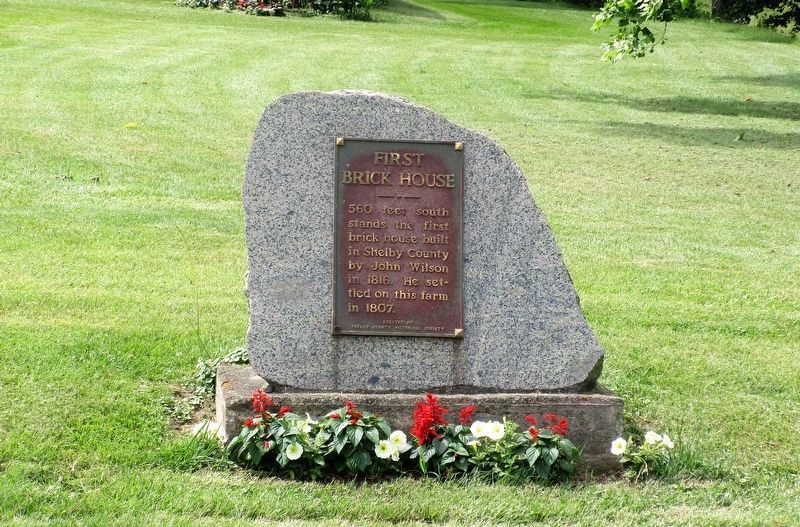 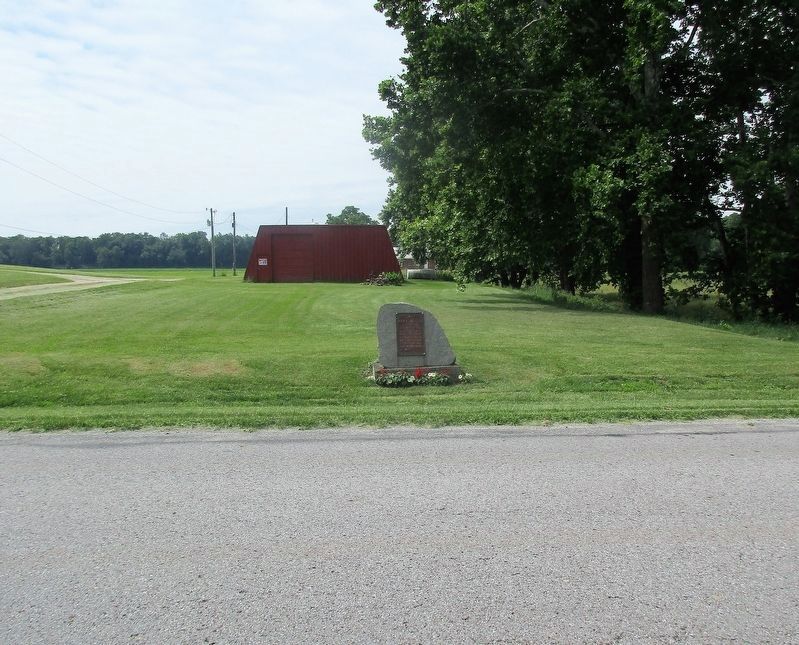