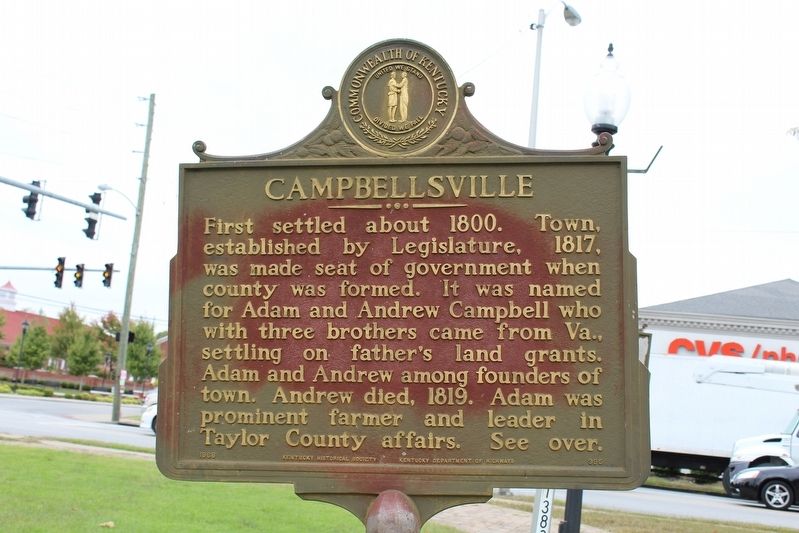 Taylor County , Kentucky's 100th. established by Legislature, 1848, formed from a part of Green County. Named for Gen. Zachary Taylor, famed Kentucky soldier. Noted as Indian fighter: Ft. Harrison, War of 18 12; Black Hawk War, 1832; Florida Seminoles, 1837. Defeat of superior Mexican forces at Battle of Buena Vista, 1847, made him a national hero. Elected US President, 1848. . This historical marker was erected in 1966 by Kentucky Historical Society and Kentucky Department of Highways. It is in Campbellsville in Taylor County Kentucky

Campbellsville
First settled about 1800. Town, established by Legislature, 1817, was made seat of government when county was formed. It was named for Adam and Andrew Campbell who with three brothers came from Va., settling on father's land grants. Adam and Andrew among founders of town. Andrew died, 1819. Adam was prominent farmer and leader in Taylor County affairs.

Topics and series. This historical marker is listed in this topic list: Settlements & Settlers. In addition, it is included in the Former U.S. Presidents: #12 Zachary Taylor 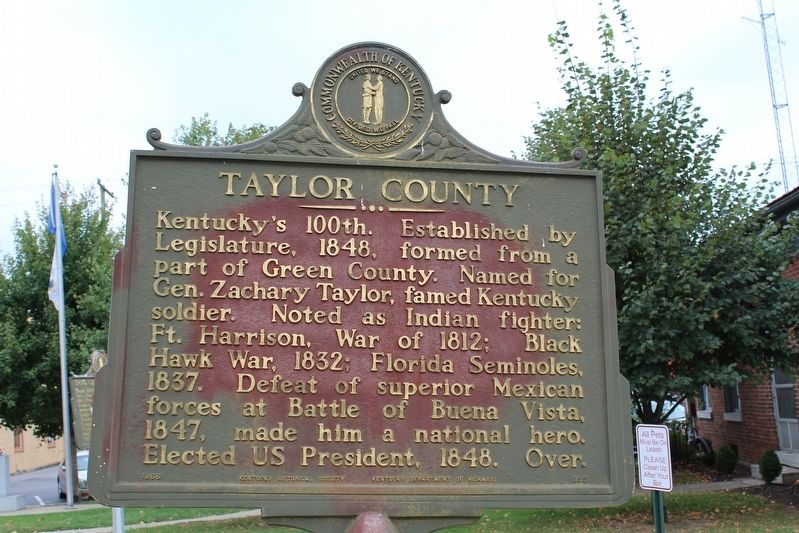 Click or scan to see
this page online
, and the Kentucky Historical Society series lists. A significant historical year for this entry is 1800.

Location. 37° 20.483′ N, 85° 20.717′ W. Marker is in Campbellsville, Kentucky, in Taylor County. Marker is at the intersection of East Broadway (Kentucky Route 68) and North Columbia Avenue, on the right when traveling east on East Broadway. This marker, along with several others, is located in a park adjacent to the Taylor County Courthouse. Touch for map. Marker is at or near this postal address: 204 North Columbia Avenue, Campbellsville KY 42718, United States of America. Touch for directions. 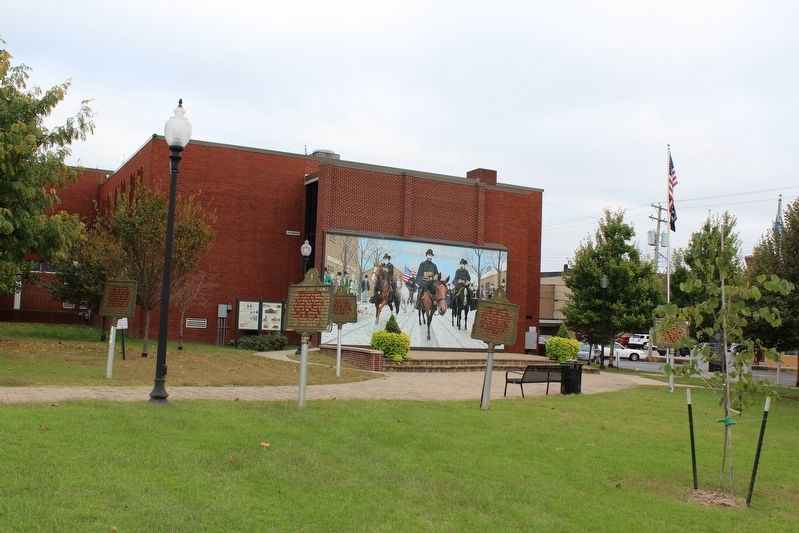 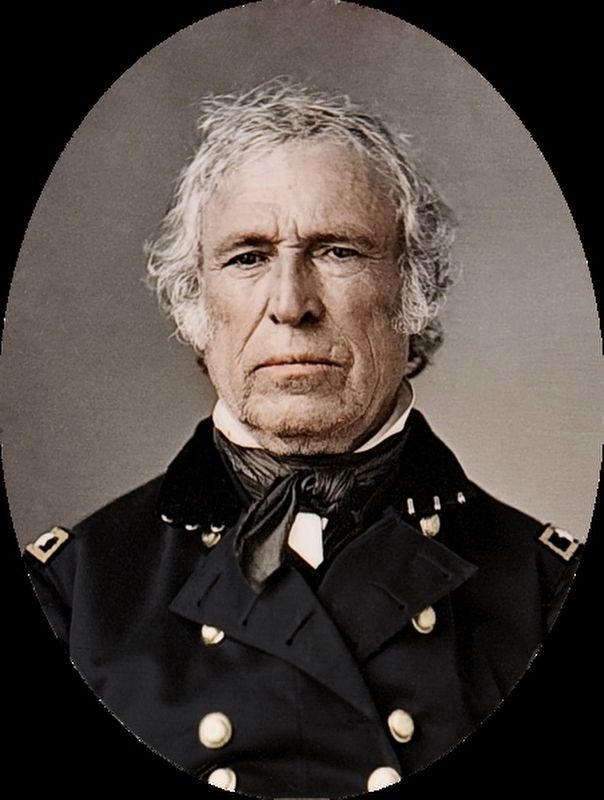