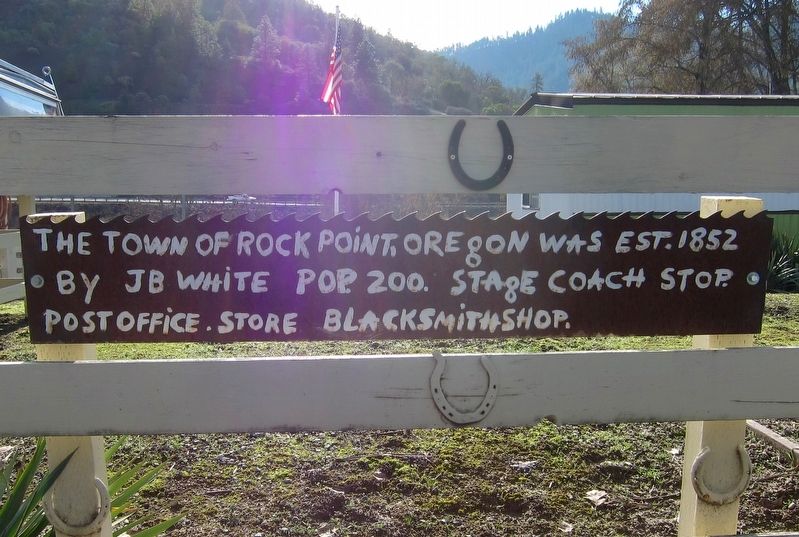 
Topics. This historical marker is listed in this topic list: Settlements & Settlers. 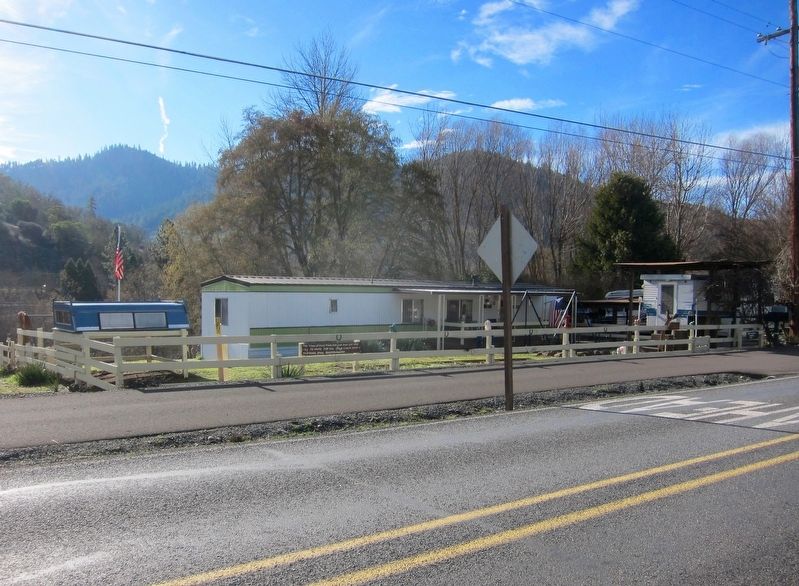 Click or scan to see
this page online
Rock Point Post Office (Southern Oregon Historical Society). ...Rock Point post office began at the first postmaster John B. White's store on the north side of the Rogue two miles W of Gold Hill. Known to early settlers as "Point of Rocks," the settlement was an important stage stop with a ferry across the river. The Rogue was spanned by a plank bridge in the early 1860s and a covered bridge in the 1870s. Mail posted at Rock Point went by stage south to Jacksonville or west through Grants Pass to Roseburg for distribution. Rock Point lost the railroad station competition to Gold Hill and finally its post office in 1912. The old stage stop/hotel is now a winery tasting room. (Submitted on October 31, 2016.)
Credits. This page was last revised on October 31, 2016. It was originally submitted on October 31, 2016, by Andrew Ruppenstein of Sacramento, California. This page has been viewed 363 times since then and 2 times this year. Photos:   1, 2. submitted on October 31, 2016, by Andrew Ruppenstein of Sacramento, California.
Share this page.