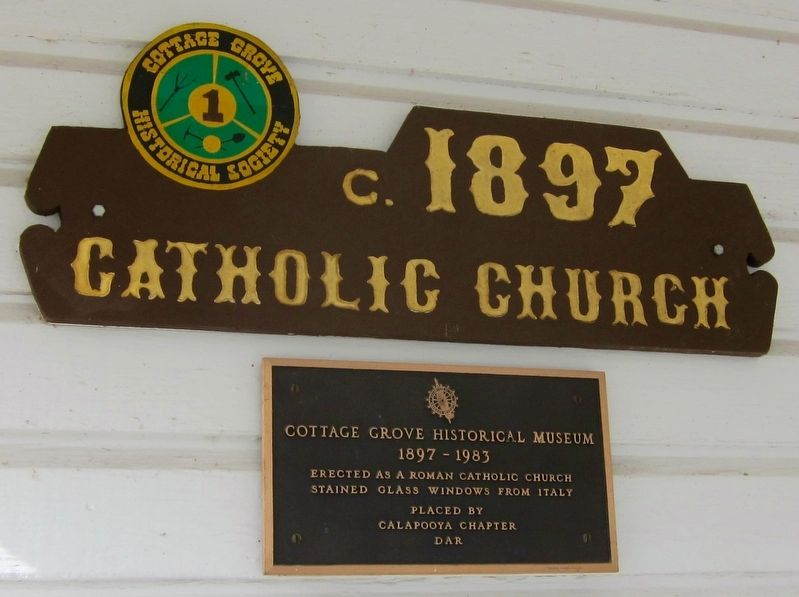 Erected by Daughters of the American Revolution Calapooya Chapter.

Topics and series. This historical marker is listed in these topic lists: Churches & Religion • Education. In addition, it is included in the Daughters of the American Revolution series list. 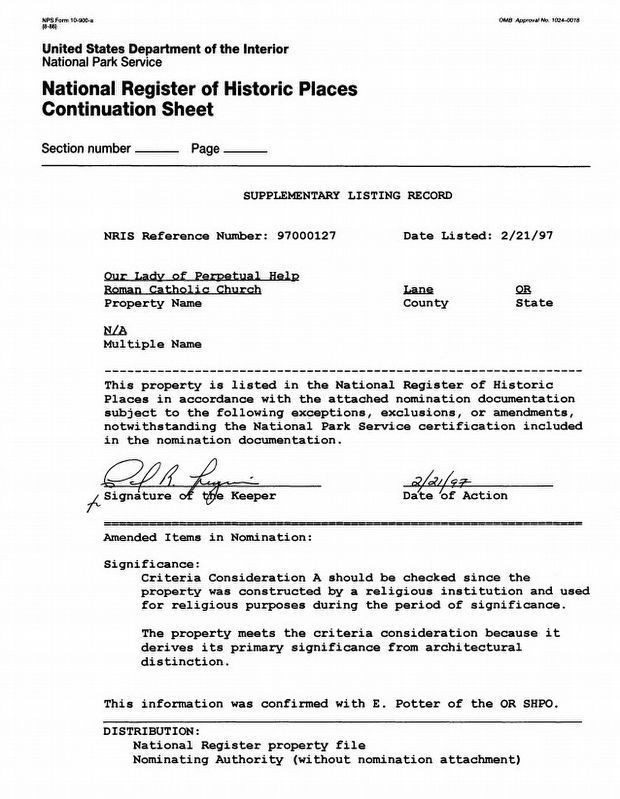 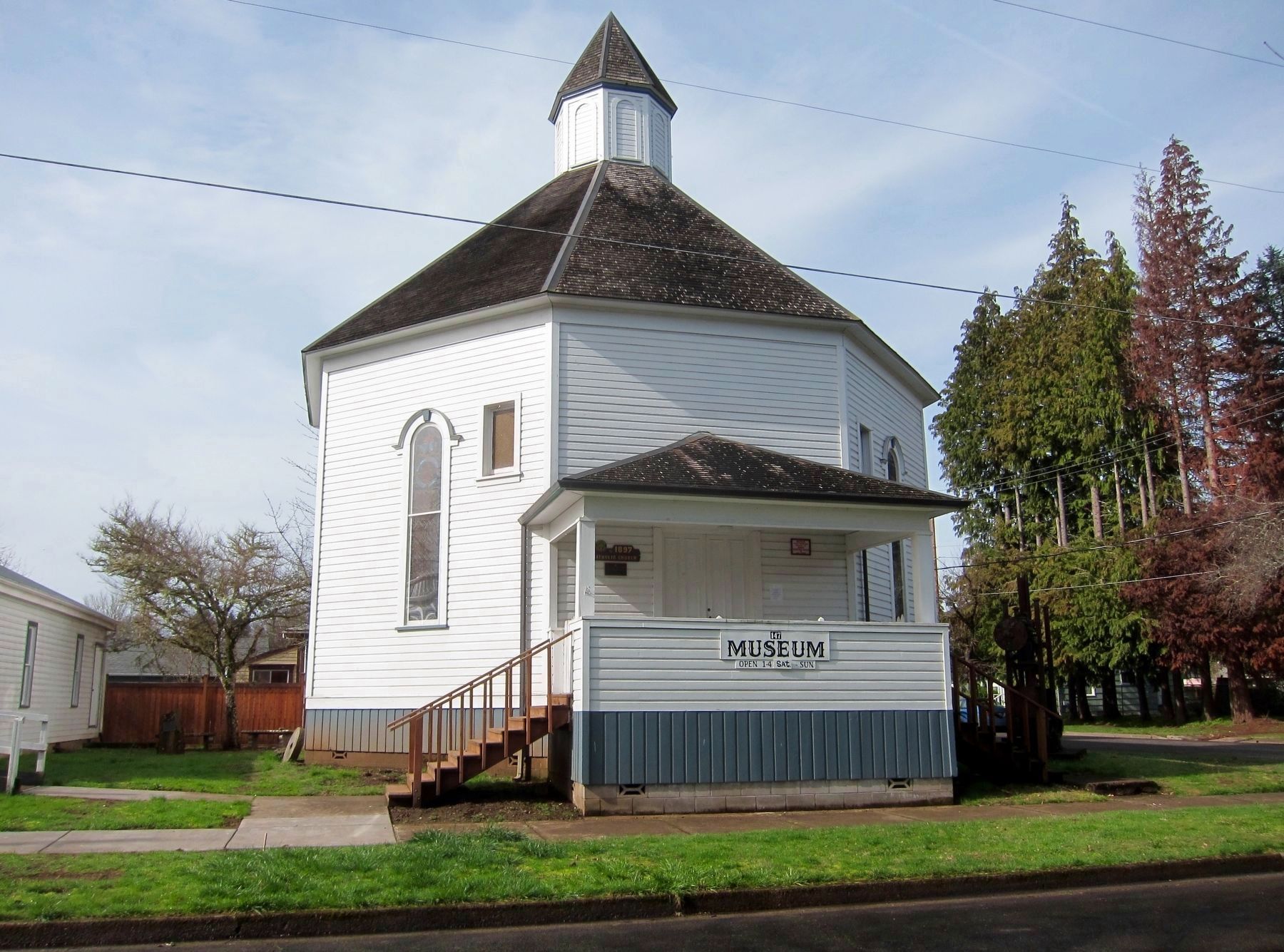 By Andrew Ruppenstein, February 20, 2016
3. Cottage Grove Historical Museum and Marker
The marker is visible here, mounted just above the top of the steps.

Our Lady of Perpetual Help Roman Catholic Church, informally known as St. Mary's, was dedicated on December 5, 1897. It is a particularly significant building for its octagonal form. Although octagonal structures are not uncommon in 19th century Oregon architecture, an octagonal church is unusual. Emeritus Professor Philip Dole, of the Department of Historic Preservation in the School of Architecture and Allied Arts at the University of Oregon, has stated that this building is the only public building of its kind in the Pacific Northwest. The church remains largely intact and meets National Register Criterion C for architecture due to its unique octagonal form. It is also significant for its craftsmanship in representing the work of skilled local carpenters. - Statement of Significance, National Register of Historic Places Continuation Sheet
Credits. This page was last revised on May 24, 2021. It was originally submitted on October 31, 2016, by Andrew Ruppenstein of Sacramento, California. This page has been viewed 231 times since then and 2 times this year. Photos:   1. submitted on October 31, 2016, by Andrew Ruppenstein of Sacramento, California.   2. submitted on May 24, 2021, by Larry Gertner of New York, New York.   3. submitted on October 31, 2016, by Andrew Ruppenstein of Sacramento, California.
Share this page.