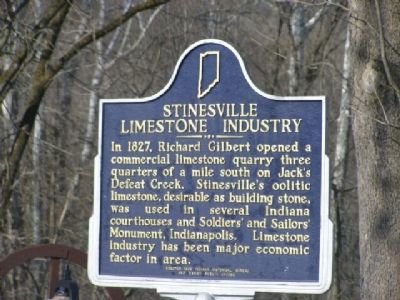 Topics and series. This historical marker is listed in these topic lists: Industry & Commerce • Natural Resources. In addition, it is included in the Indiana Historical Bureau Markers series list. A significant historical year for this entry is 1827.

Location. 39° 17.931′ N, 86° 39.126′ W. Marker is in Stinesville, Indiana, in Monroe County. Marker is on West Main Street near West Railroad Street. Located in the town park, just west of the tracks and the town center. Touch for map. Marker is in this post office area: Stinesville IN 47464, United States of America. Touch for directions.

Other nearby markers. At least 5 other markers are within 4 miles of this marker, measured as the crow flies. Ferry Bridge (approx. 2.7 miles away); 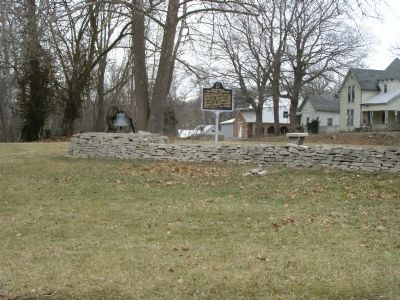 More about this marker. It is in the Victor Oolitic Park. 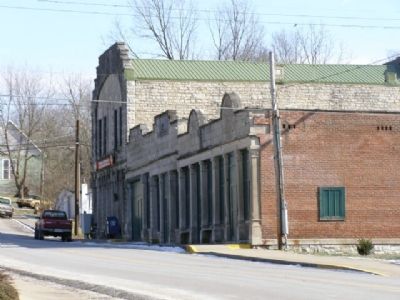 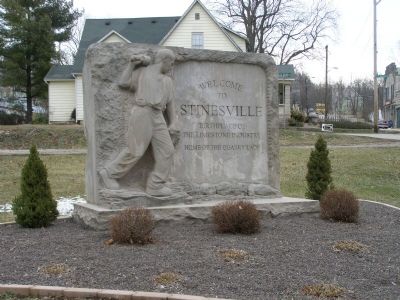 Photographed By Christopher Light, 2802008
4. The Quarry Lads
Welcome to Stinesville
Birthplace of the Limestone Industry
Home of the Quarry Lads 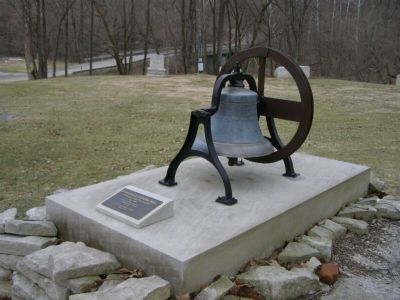