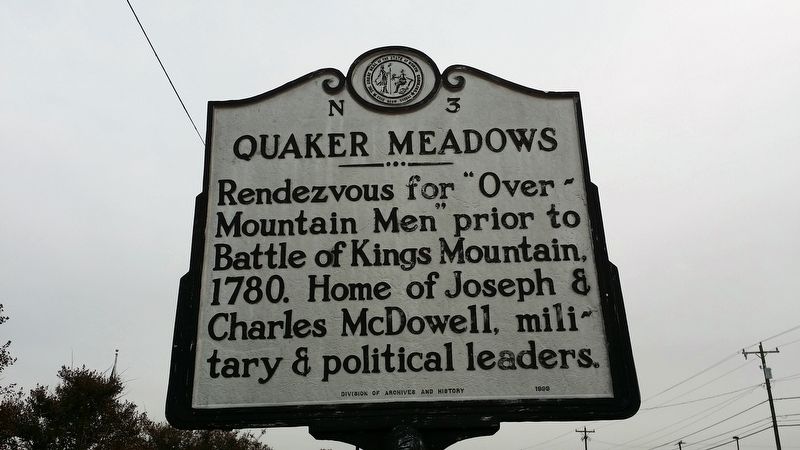 Photographed By Michael C. Wilcox, November 13, 2016
1. Quaker Meadows Marker
Inscription.
Quaker Meadows. . Rendezvous for "Over-Mountain Men" prior to Battle of Kings Mountain, 1780. Home of Joseph and Charles McDowell, military and political leaders. . This historical marker was erected in 1999 by NC Division or Archives and History. It is in Morganton in Burke County North Carolina 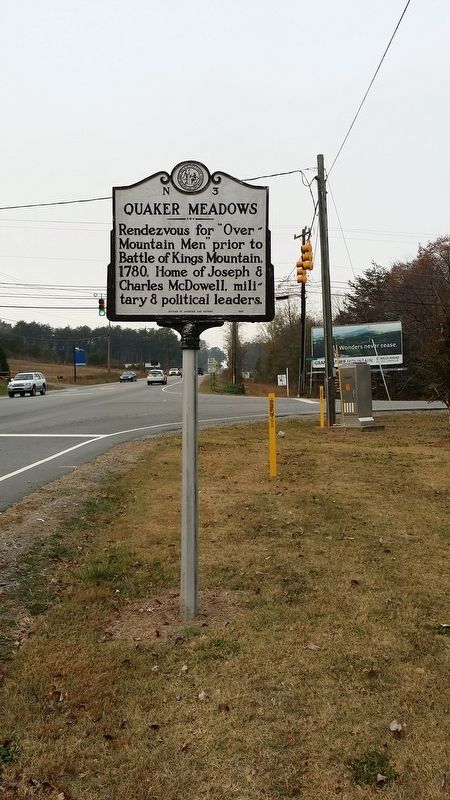 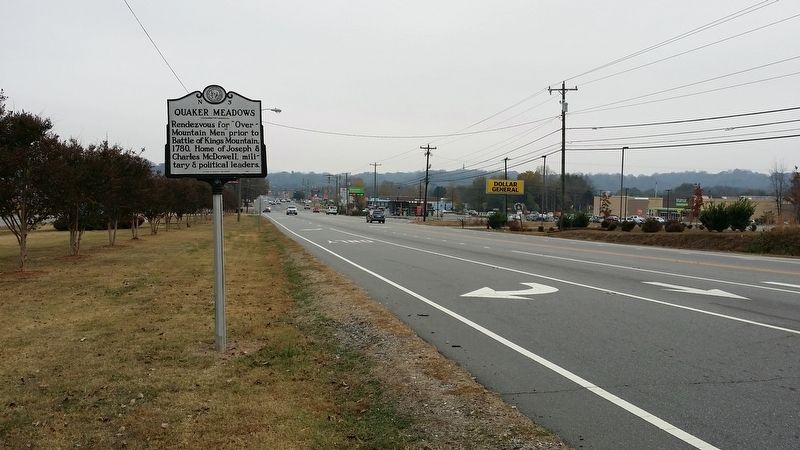