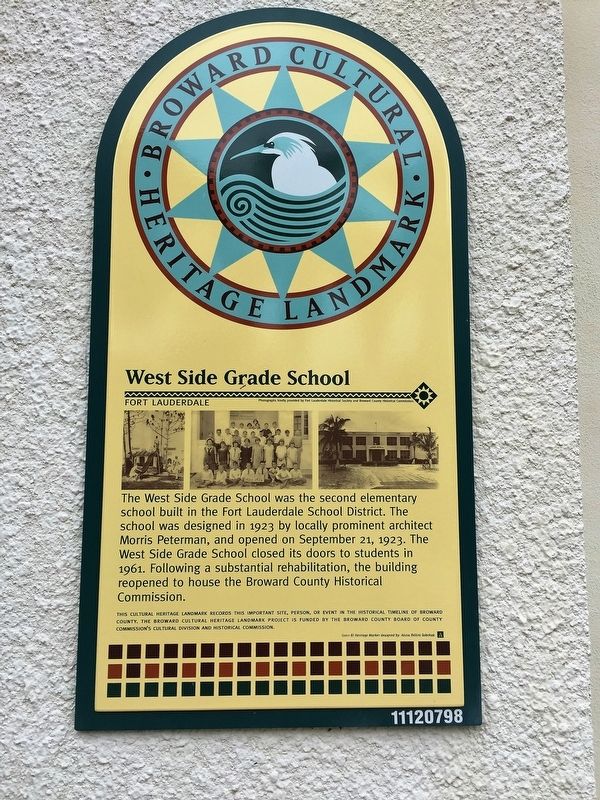 The West Side Grade School was the second elementary school built in the Fort Lauderdale School District. The school was designed in 1923 by locally prominent architect Morris Peterman, and opened on September 21, 1923. The West Side Grade School closed its doors to students in 1961. Following a substantial rehabilitation, the building reopened to house the Broward County Historical Society.

Other nearby markers. At least 8 other markers are within walking distance of this marker. The First Fort Lauderdale (approx. 0.2 miles away); The Lewis Family 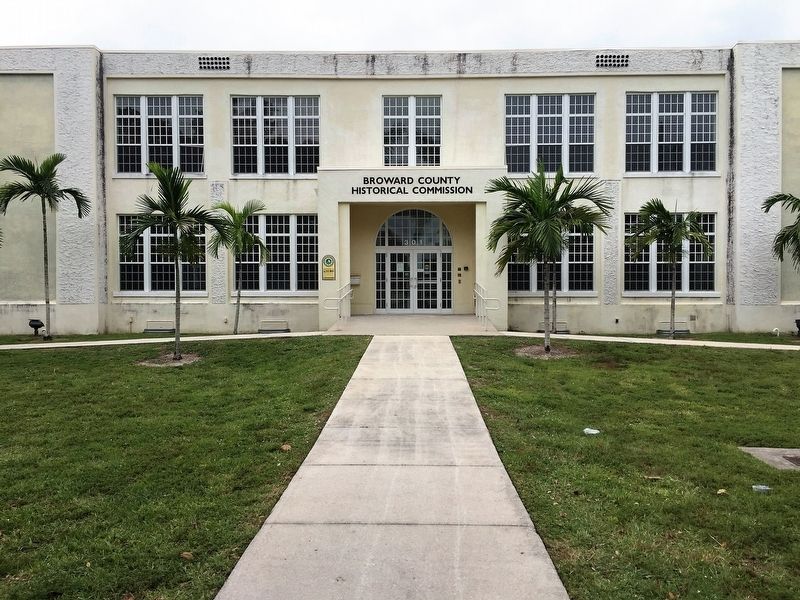