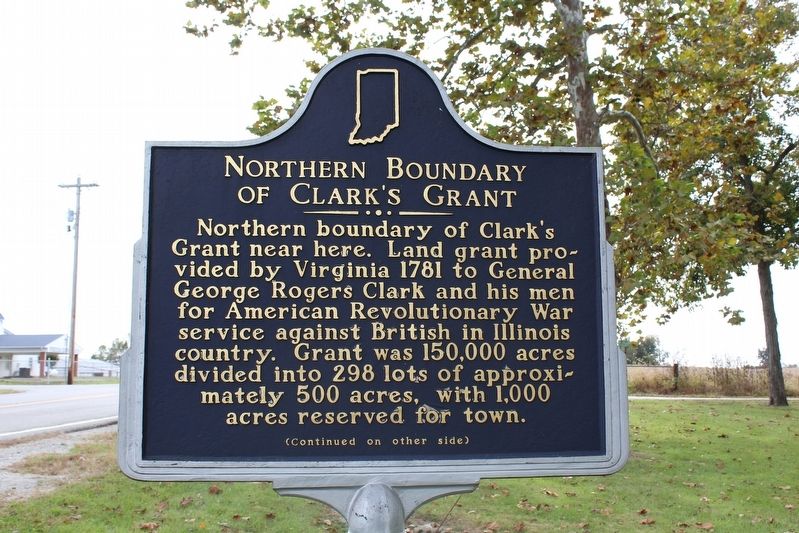 (Side 2) , Clarksville, first American settlement northwest of the Ohio River (1784), located at southwestern corner of grant. This marker () is located in Tract No. 296. . This historical marker was erected in 2002 by Indiana Historical Bureau, Preservation Alliance, Inc., and Scoutt County Community Foundation. It is Near Scottsburg in Scott County Indiana

(Side 1)
Northern Boundary of Clark's Grant near here. Land grant provided by Virginia 1781 to General George Rogers Clark and his men for American Revolutionary War service against British in Illinois country. Grant was 150,000 acres divided into 298 lots of approximately 500 acres, with 1,000 acres reserved for town.

(Side 2)
Clarksville, first American settlement northwest of the Ohio River (1784), located at southwestern corner of grant. This marker (*) is located in Tract No. 296.

Topics. This historical marker is listed in these topic lists: Patriots & Patriotism • Settlements & Settlers • War, US Revolutionary. A significant historical year for this entry is 1781.

Location. 38° 37.647′ N, 85° 40.966′ W. Marker is near Scottsburg, Indiana, in Scott County. Marker is at the intersection of State Road 3 and East Kinderhook Road, on the right when traveling south on State Road 3. Touch for map. Marker is in this post office area: Scottsburg IN 47170, United States of America. Touch for directions. 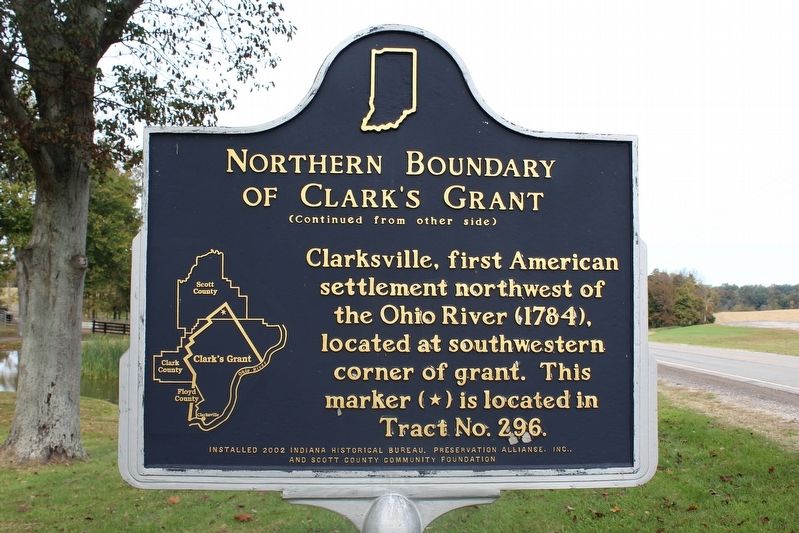 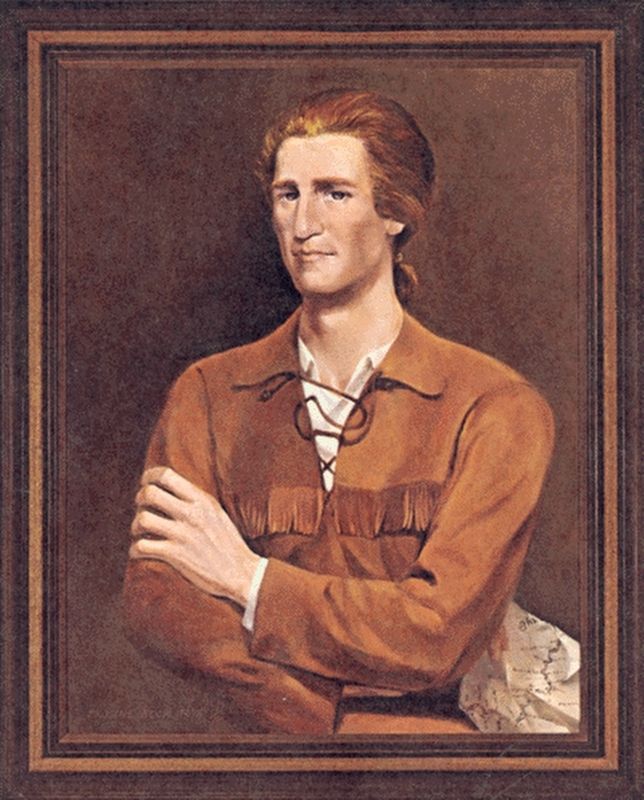 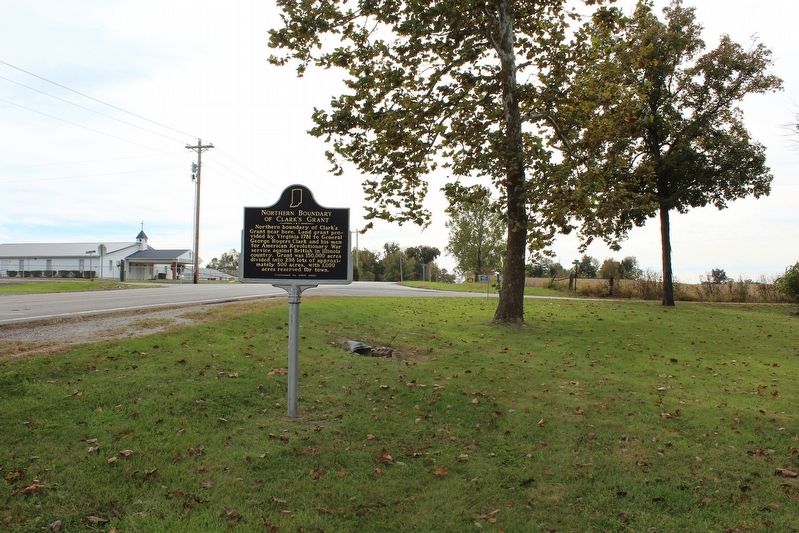