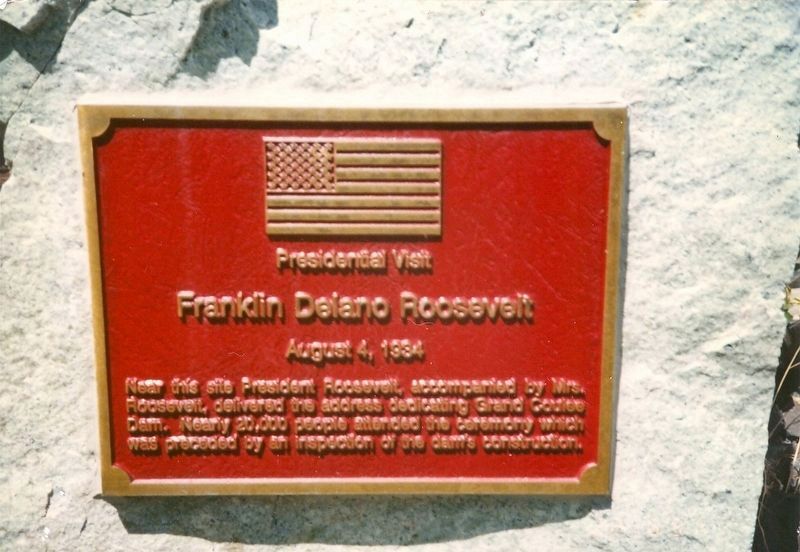 Near this site President Roosevelt, accompanied by Mrs. Roosevelt delivered the address dedicating Grand Coulee Dam. Nearly 20,000 people attended the ceremony which was preceded by an inspection of the dam’s construction.

Topics and series. This historical marker is listed in this topic list: Notable Places. In addition, it is included in the Former U.S. Presidents: #32 Franklin D. Roosevelt series list. A significant historical date for this entry is August 4, 1934.

Location. 47° 57.618′ N, 118° 59.196′ W. Marker is in Coulee City, Washington, in Grant County. Marker can be reached from State Highway 155, on the right when traveling north. The marker is near the Grand Coulee Dam Visitor Center. Touch for map. Marker is in this post office area: Coulee City WA 99115, United States of America. Touch for directions. 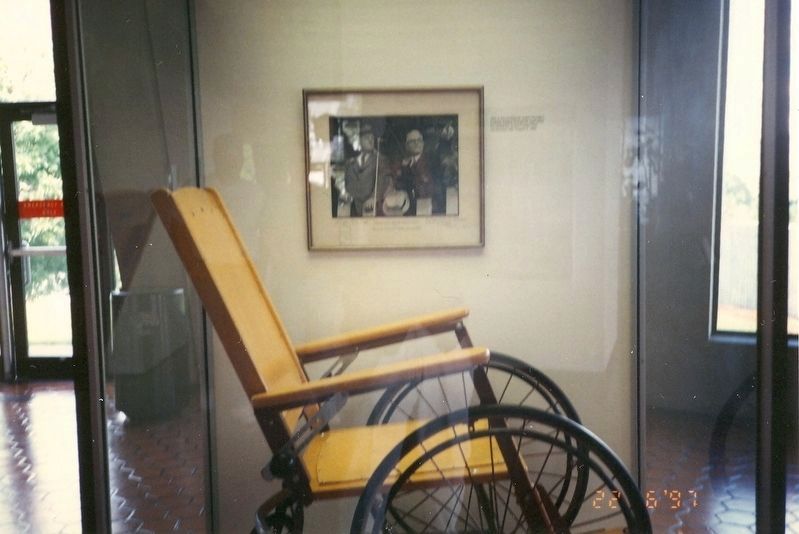 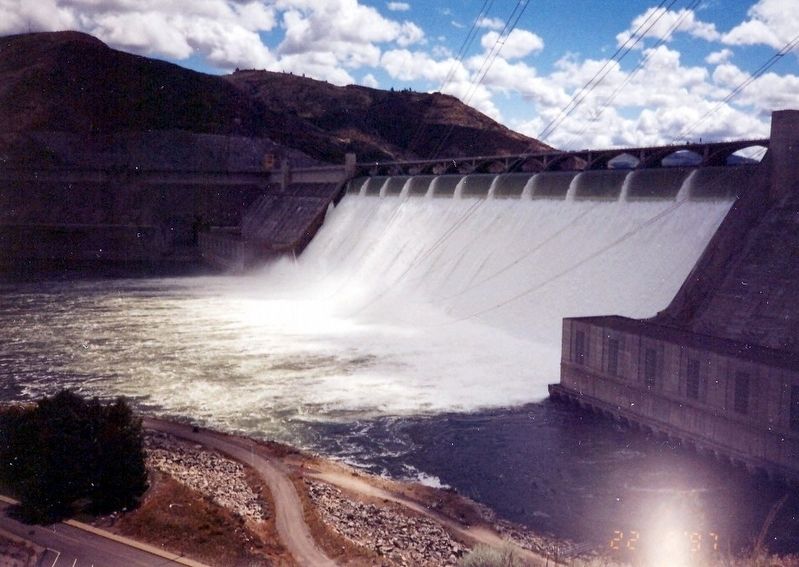 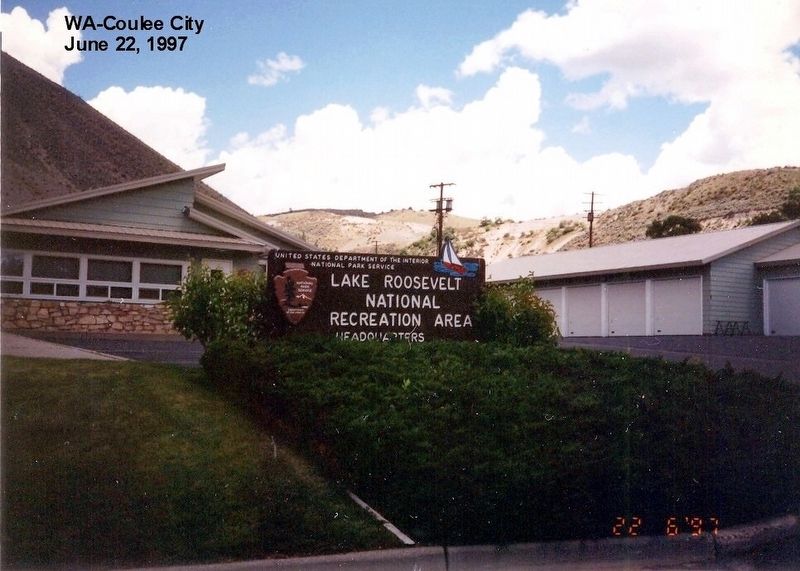