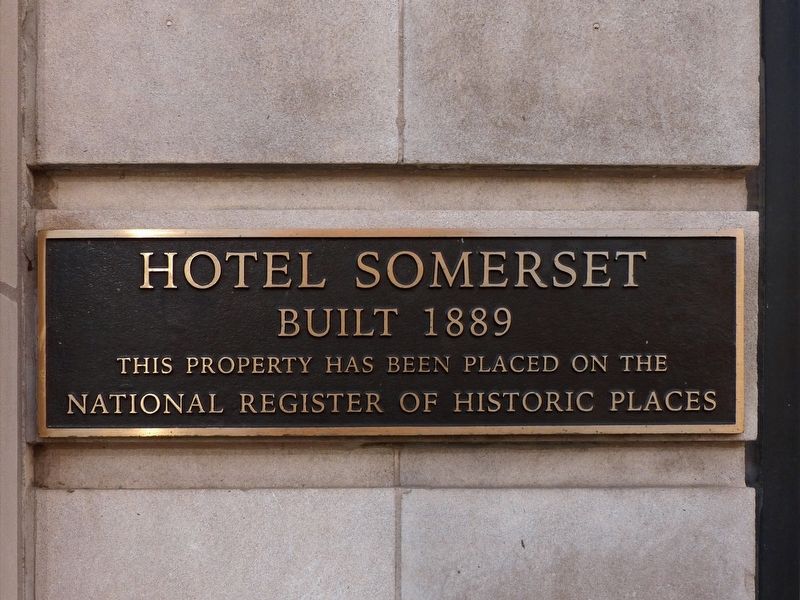 By Allen C. Browne, November 15, 2016
1. Hotel Somerset Marker
Inscription.
Hotel Somerset. .
Hotel Somerset Built 1889 This property has been placed on the National Register of Historic Places. . This historical marker is in Chicago in Cook County Illinois

Topics. This historical marker is listed in these topic lists: Architecture • Industry & Commerce. A significant historical year for this entry is 1889.

Location. 41° 52.06′ N, 87° 37.561′ W. Marker is in Chicago, Illinois, in Cook County. Marker can be reached from the intersection of South Wabash Avenue and Roosevelt Road. Touch for map. Marker is at or near this postal address: 1152 South Wabash Ave, Chicago IL 60605, United States of America. Touch for directions.

Regarding Hotel Somerset. “The 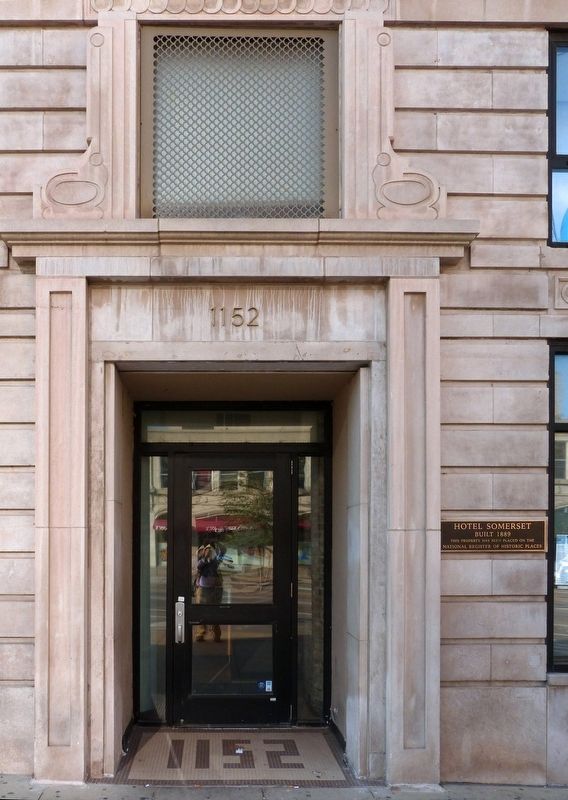 Click or scan to see
this page online
Somerset Hotel is a historic hotel building located at 1152-1154 S. Wabash Ave. in downtown Chicago, Illinois. Built in 1892–93, the hotel was originally owned by physician Frank Stringfield. Architect Jules De Horvath designed the hotel in the Romanesque Revival style. De Horvath's design bore similarities to many other Chicago buildings, most notably the 1888 Virginia Hotel at Ohio and Rush Streets. The Somerset Hotel was a significant part of a hotel and commercial district which formed between the 12th Street station on the South Side Elevated Railroad and Central Station. The hotel changed its name to the Mayer Hotel in 1910; in the 1920s, it again changed its name to the Hotel Roosevelt, which it was called until the 1990s.” — Wikipedia 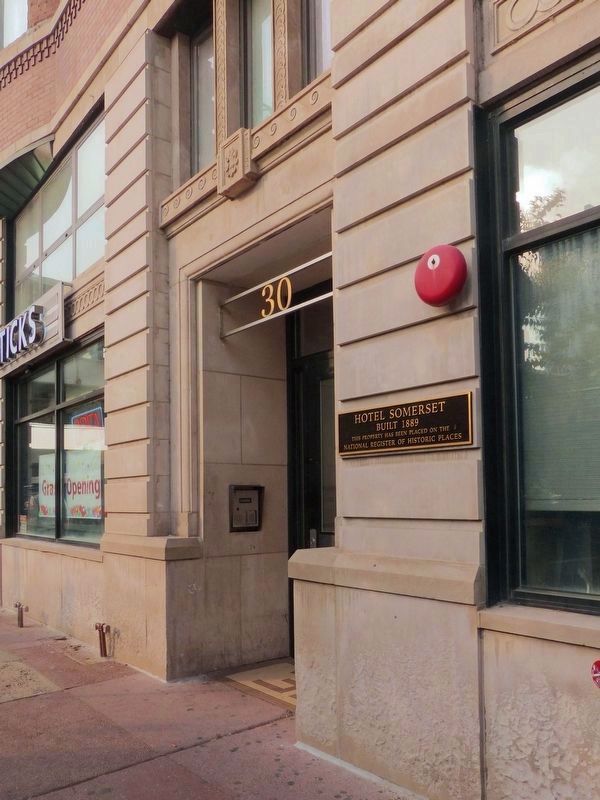 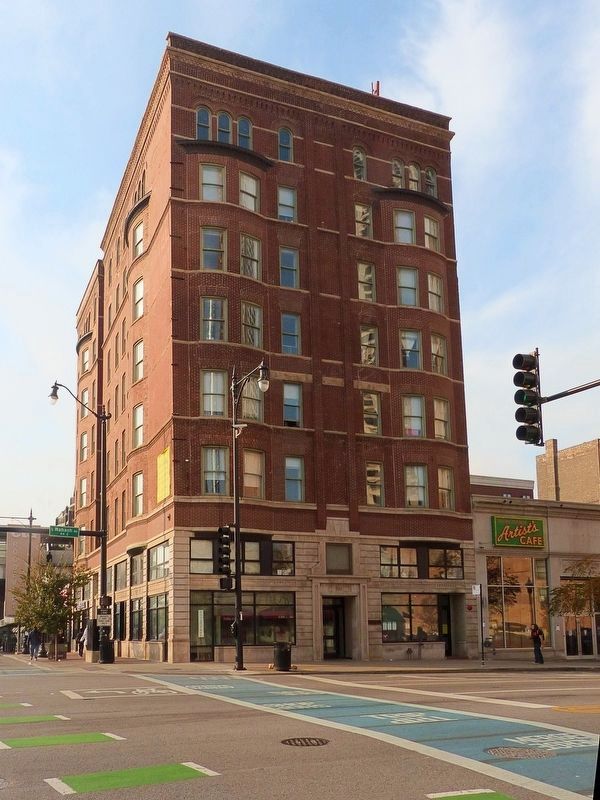 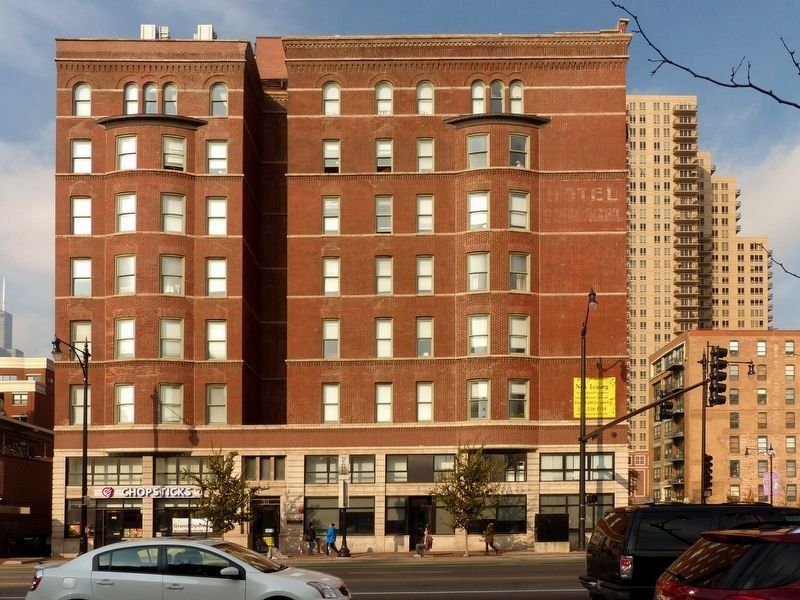 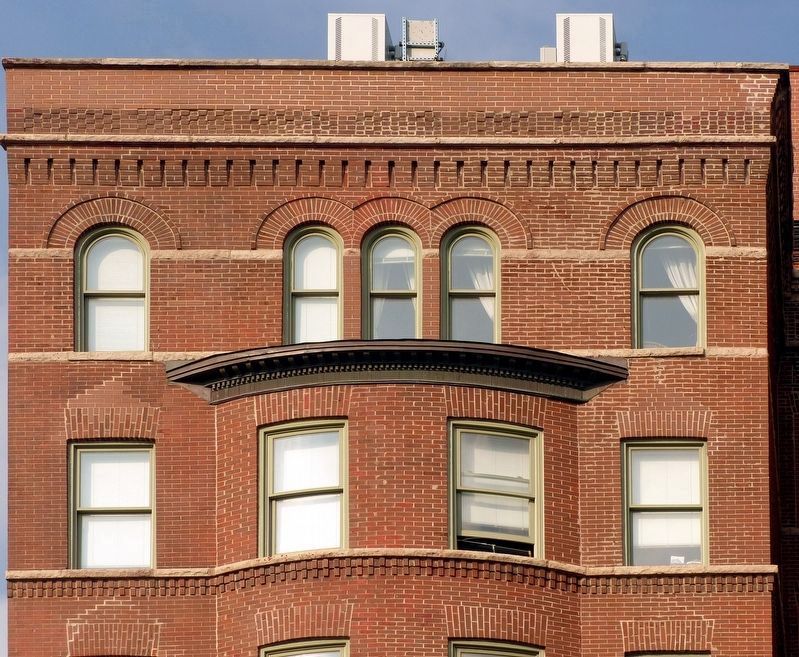 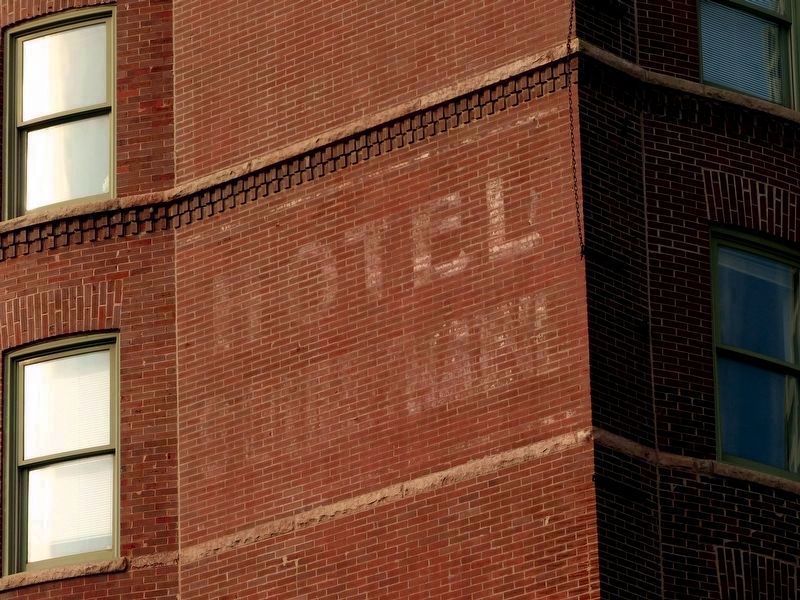 By Allen C. Browne, November 15, 2016
7. Hotel Sign
The unreadability of this faded sign reflects the various names the building has born. 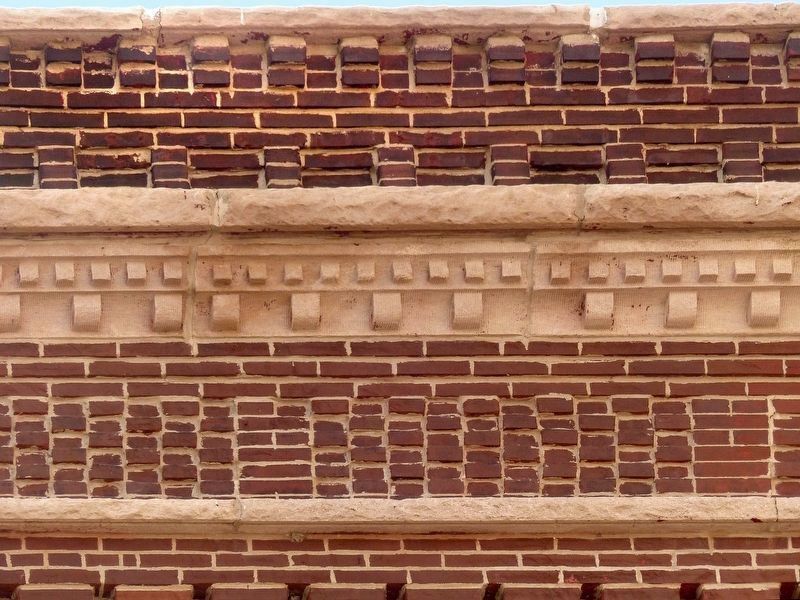 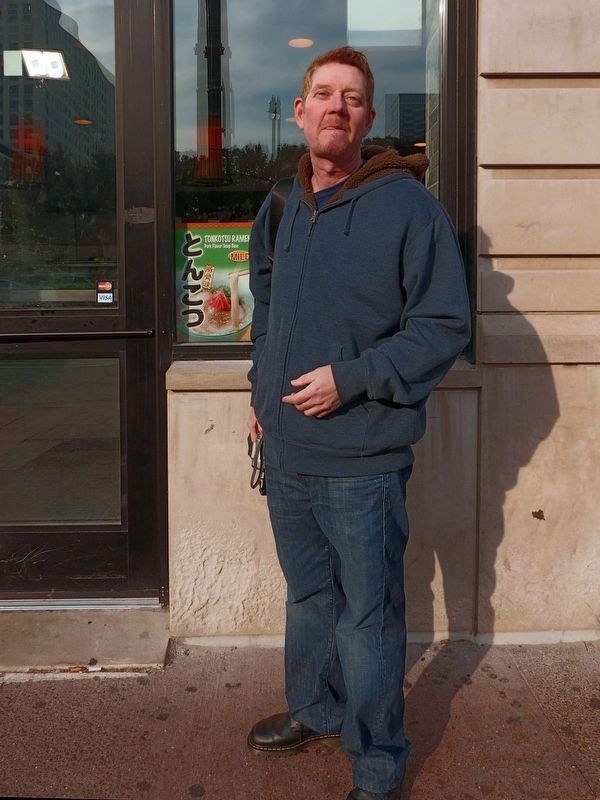