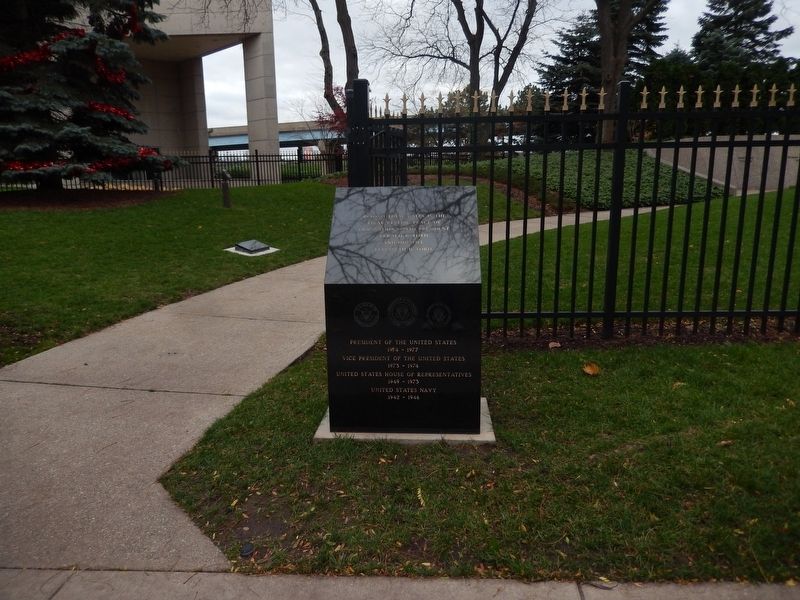 Beyond these gates is the
final resting place of
our Nation's 38th President
Gerald R. Ford
and his wife
Elizabeth R. Ford
President of the United States
1974 -1977
Vice President of the United States
1973 - 1974
United States House of Representatives
1949 - 1973
United States Navy
1942 - 1946
I am acutely aware
that you have not elected me
as your president with your ballots,
and so I ask you to confirm me
as your president with your prayers
I have not campaigned for either
the presidency or the vice presidency.
I am indebted to no man,
and only to one woman - my dear wife -
as I begin this very difficult job.

Topics and series. This historical marker is listed in this topic list: Notable Places. In addition, it is included in the Former U.S. Presidents: #38 Gerald R. Ford, Jr. series list. A significant historical year for this entry is 1974. 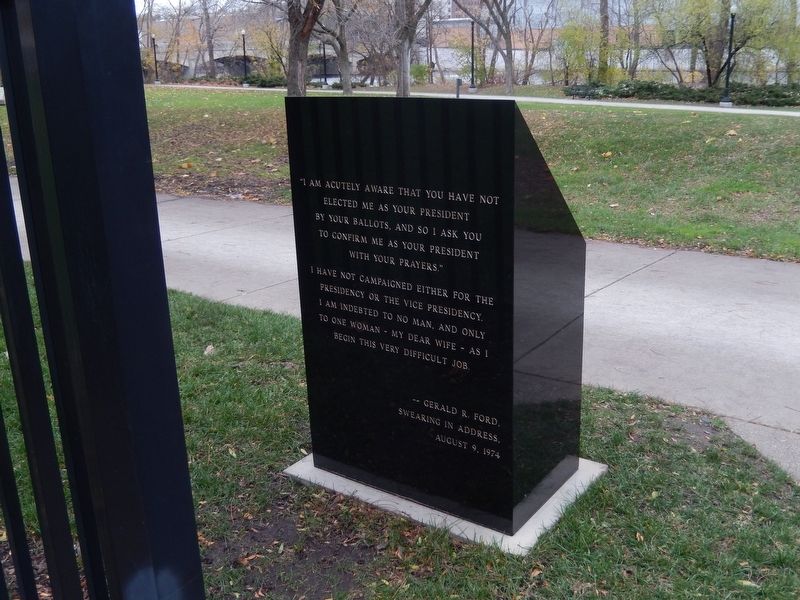 Click or scan to see
this page online
the Gerald R. Ford Museum. Touch for map. Marker is in this post office area: Grand Rapids MI 49504, United States of America. Touch for directions. 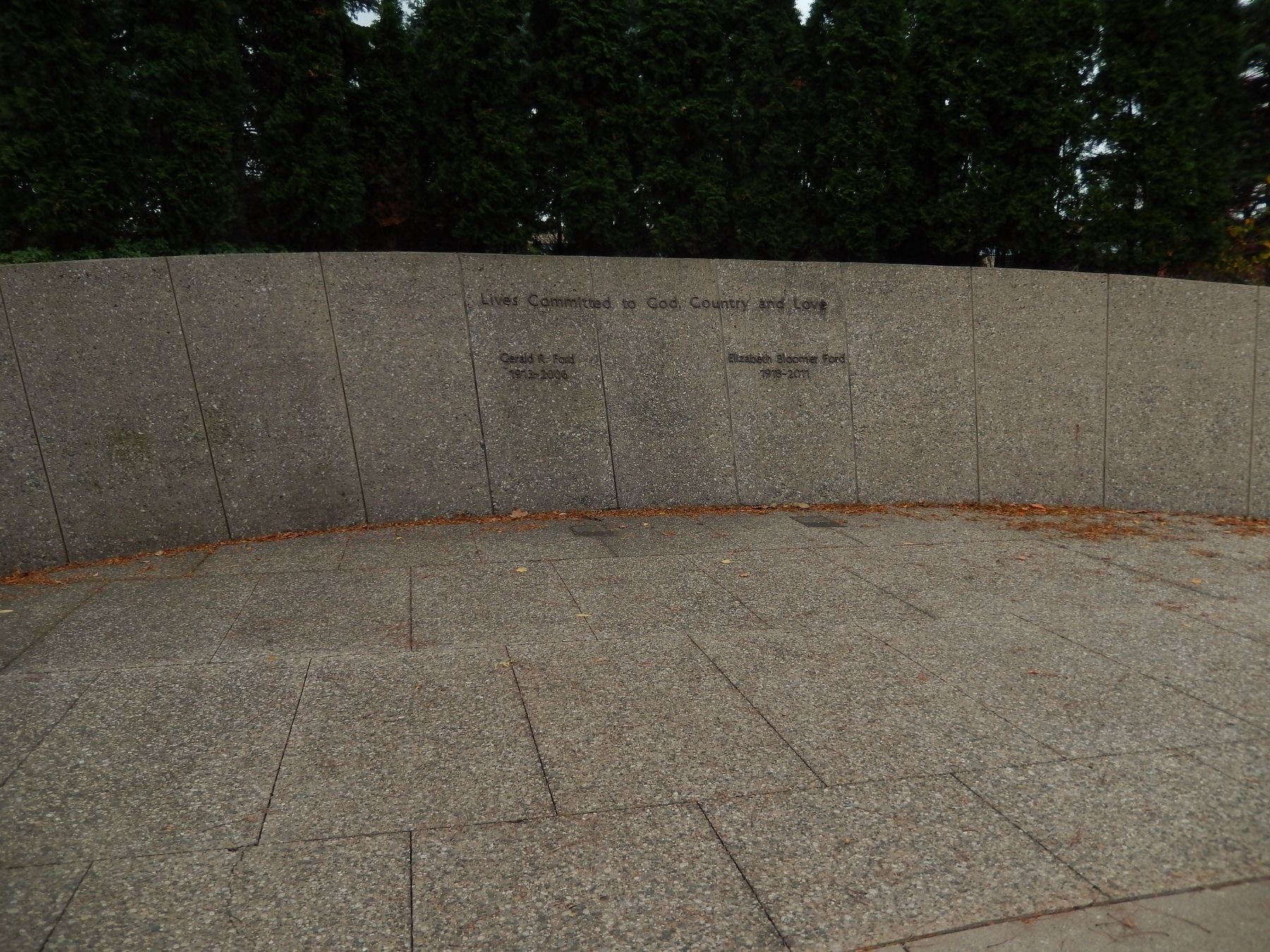