This list will also include matches for inflectional* forms of the words. 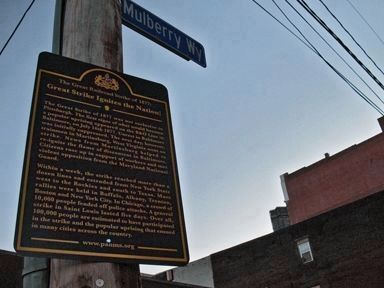 By the Howling Mob Society, used with permission, circa 2007
Great Strike Ignites the Nation Marker
RANKED BY RELEVANCE, THEN GEOGRAPHICALLY
* Inflectional forms of words are their plurals, singulars, and possessives as well as gramatical tenses and similar variations.
Copyright © 2006–2022, Some rights reserved. —