Site of College of California

Original Campus of University of California 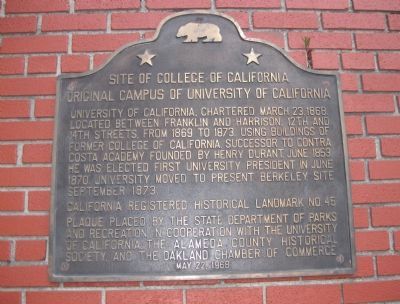 Topics and series. This historical marker is listed in this topic list: Education. In addition, it is included in the California Historical Landmarks series list. A significant historical date for this entry is March 23, 1822.

Other nearby markers. At least 8 other markers are within walking distance of this marker. Latham Square (approx. 0.2 miles away); Crossroads (approx. 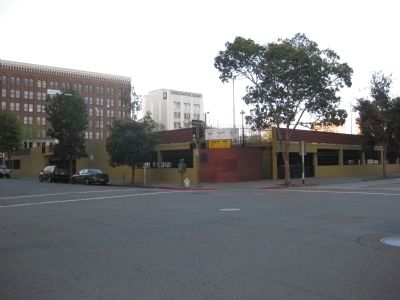 April 26, 2009
2. Site of College of California Marker - Wide Shot
The marker is mounted upon a parking structure that takes up the whole block. None of the campus buildings remain to be seen.

More about this marker. The marker is mounted on a brick wall on the NE corner of the intersection of Franklin and 13th Streets.

Regarding Site of College of California. 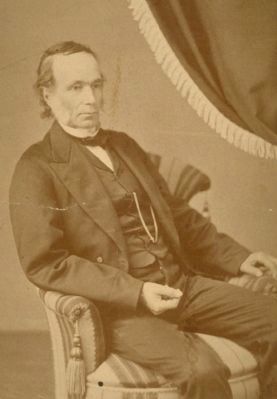 Also see . . .  A Historical View of Today's University. The University's historical overview of the University of California, including information on its founding and growth, as well as biographies of a number of key figures in its development. (Submitted on May 20, 2009.)