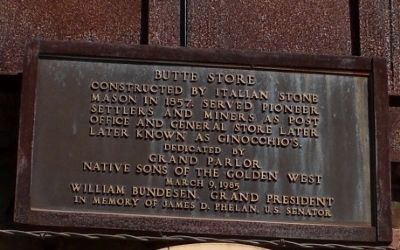 By Andrew Ruppenstein, March 8, 2008
1. Butte Store Marker
Inscription.
Butte Store. . Constructed by Italian stone mason in 1857. Served pioneer settlers and miners as post office and general store later later known as Ginocchio's. . This historical marker was erected in 1985 by Native Sons of the Golden West. It is in Jackson in Amador County California

Erected 1985 by Native Sons of the Golden West.

Topics and series. This historical marker is listed in this topic list: Notable Buildings. In addition, it is included in the Native Sons/Daughters of the Golden West series list. A significant historical month for this entry is March 1974. 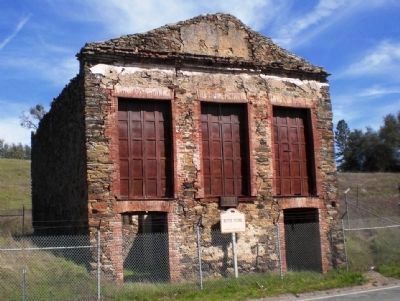 Regarding Butte Store. Originally built and operated by Enrico Bruni in 1857. The general store operated by the Ginnochio family for over 50 years, finally closing its doors in the early 1900's.

According to the Historic American Buildings Survey, the structure is constucted of brick and Calaveras schist fieldstone, with 3 iron doors of 20 panels each. 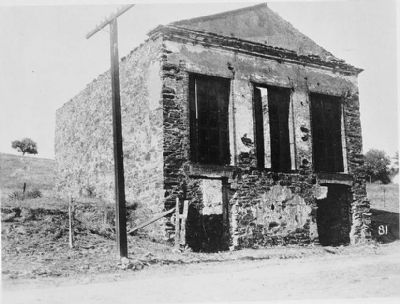 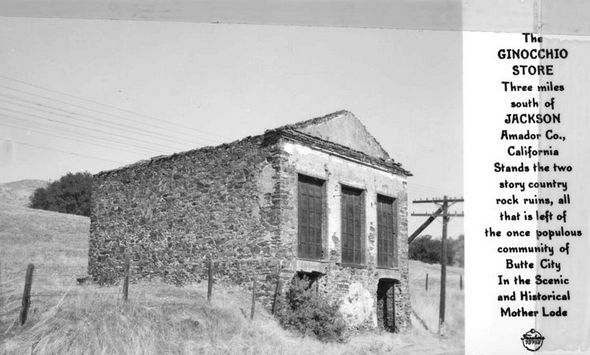 By Burton Frasher, from the Pomona Public Library, Frasher Foto Postcard Collection, 1946
4. Butte Store
Note, still no fencing or sign. However, by the time this was taken, the state had recognized this structure as an official California Historical Landmark (No. 39), and mounted a plaque on the front of the building (barely visible in the photo). 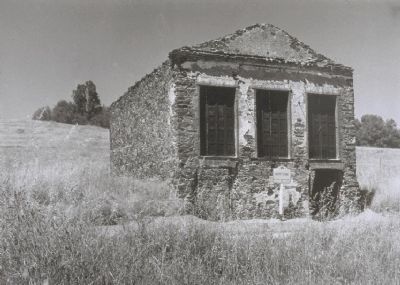