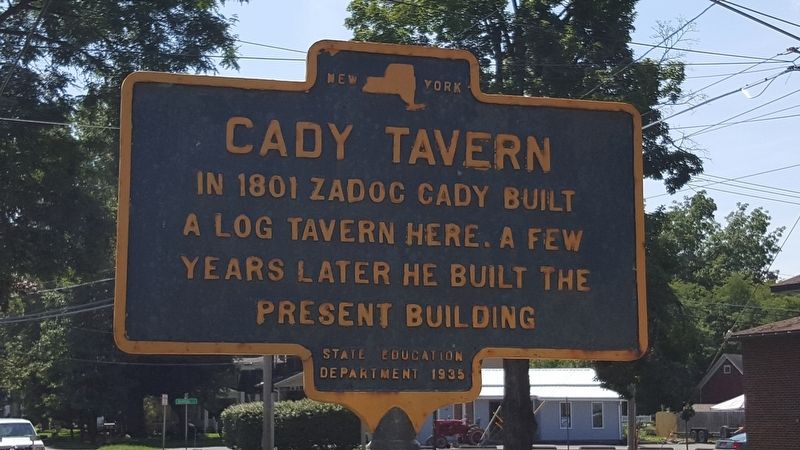 Topics. This historical marker is listed in this topic list: Industry & Commerce. A significant historical year for this entry is 1801.

Other nearby markers. At least 8 other markers are within 4 miles of this marker, measured as the crow flies. Oldest House in Moravia (approx. 0.2 miles away); John Stoyell (approx. 0.3 miles away); World War Memorial (approx. 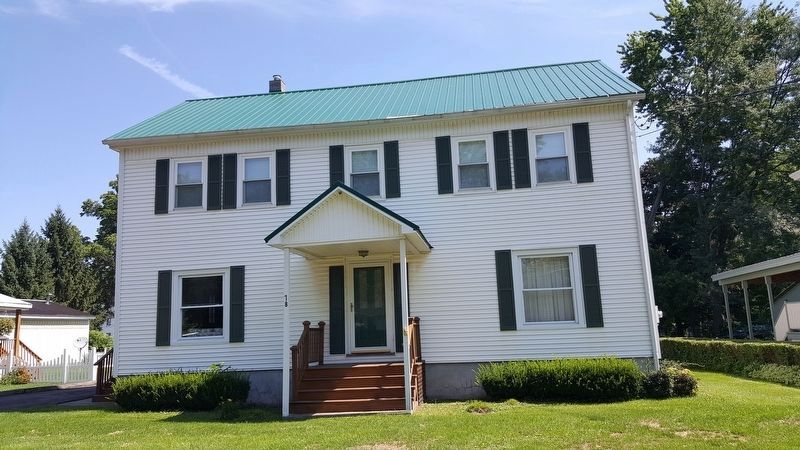 Photographed By Pat Filippone, August 27, 2016
2. Cady Tavern Marker
Building on site by marker. Obviously not what is referenced on the marker. 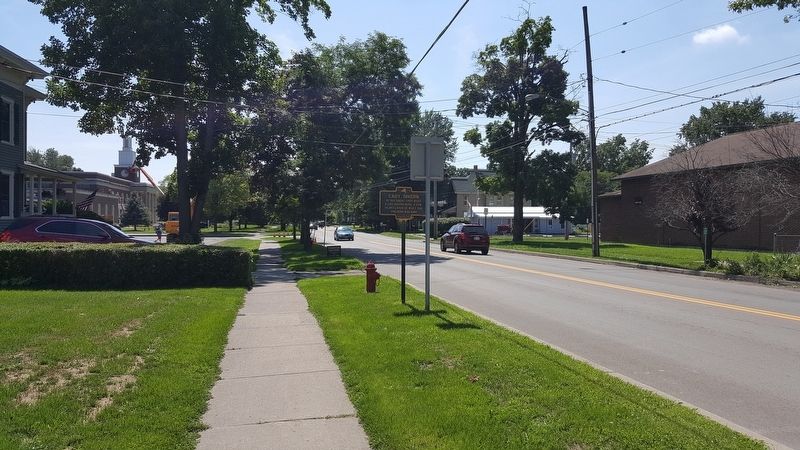 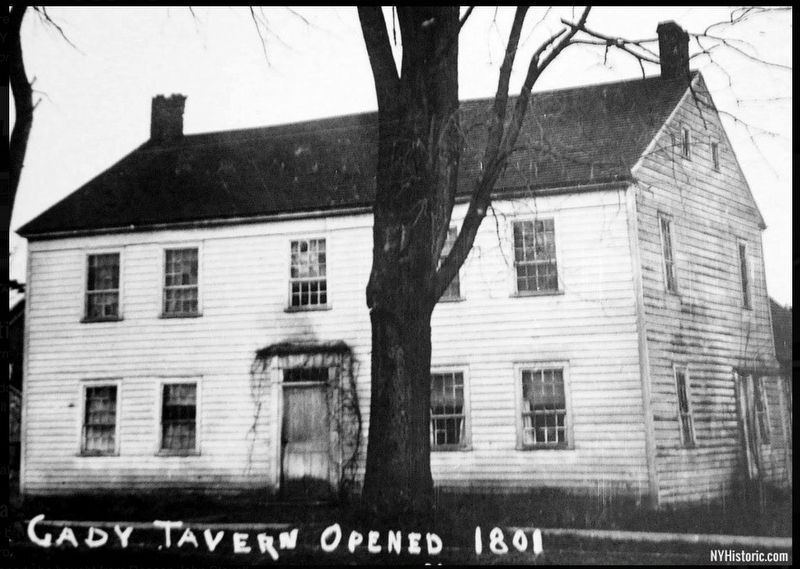