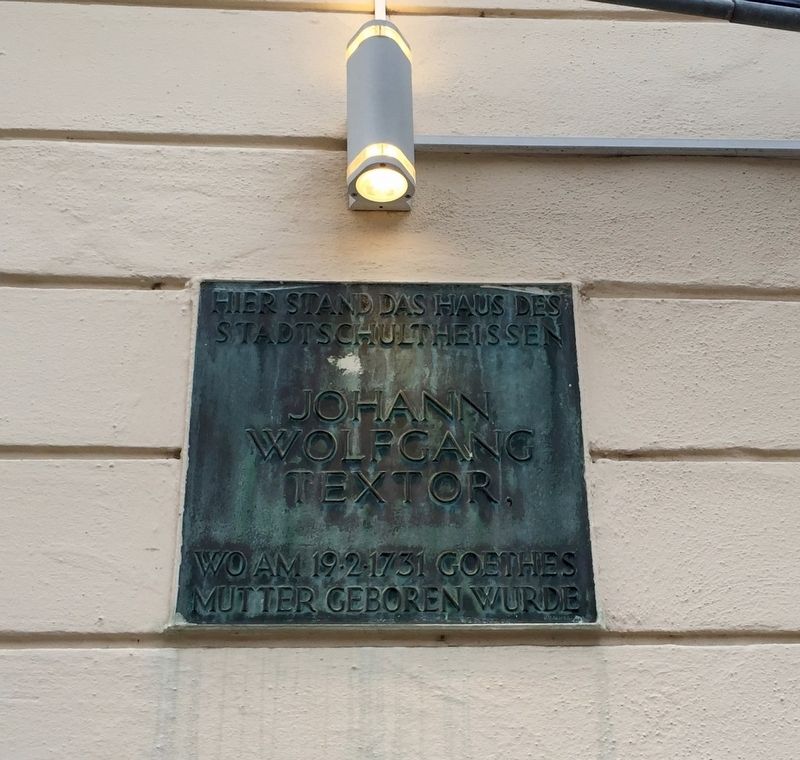 Here stood the house of the city educational magistrate, Johann Wolfgang Textor, where on February 19, 1731, Goethe's mother was born.

Topics. This historical marker is listed in this topic list: Notable Buildings. A significant historical date for this entry is February 19, 1731.

Other nearby markers. At least 8 other markers are within walking distance of this marker. Jewish Ghetto Gate (about 150 meters away, measured in a direct line); Frankfurter Engel / Angel of Frankfurt (about 180 meters away); Staufermauer (about 210 meters away); Tugendbrunnen / The Virtue Fountain (approx. 0.3 kilometers away); Petersfriedhof / St. Peter's Cemetery 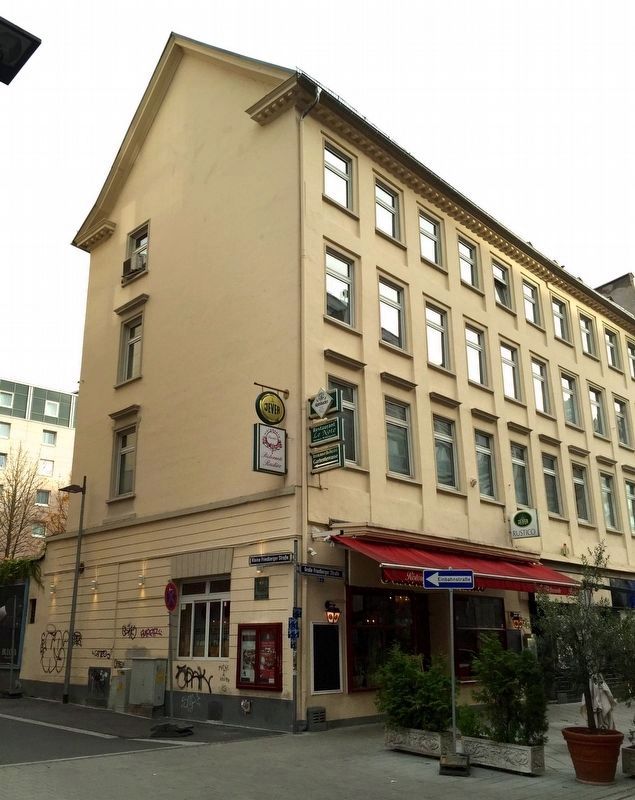 By Andrew Ruppenstein, November 22, 2016
2. Johann Wolfgang Textor Marker - Wide View
The marker is visible here on the corner of the building, just above head height.

Also see . . .
1. Katharina Elisabeth Goethe (Wikipedia). Katharina Elisabeth Goethe, known as "Frau Rat" (19 February 1731 - 13 September 1808) was the mother of Johann Wolfgang von Goethe....She was born and died at Frankfurt am Main, and was a daughter of Johann Wolfgang Textor, a prominent citizen of Frankfurt. She married Johann Kaspar Goethe, on 20 August 1748, and had four children by him. She was a woman of exceptional intellect, marked individuality, and a joyous cast of mind, as evidenced by her letters, and in the frequent references to her found in the works of her son, upon whose 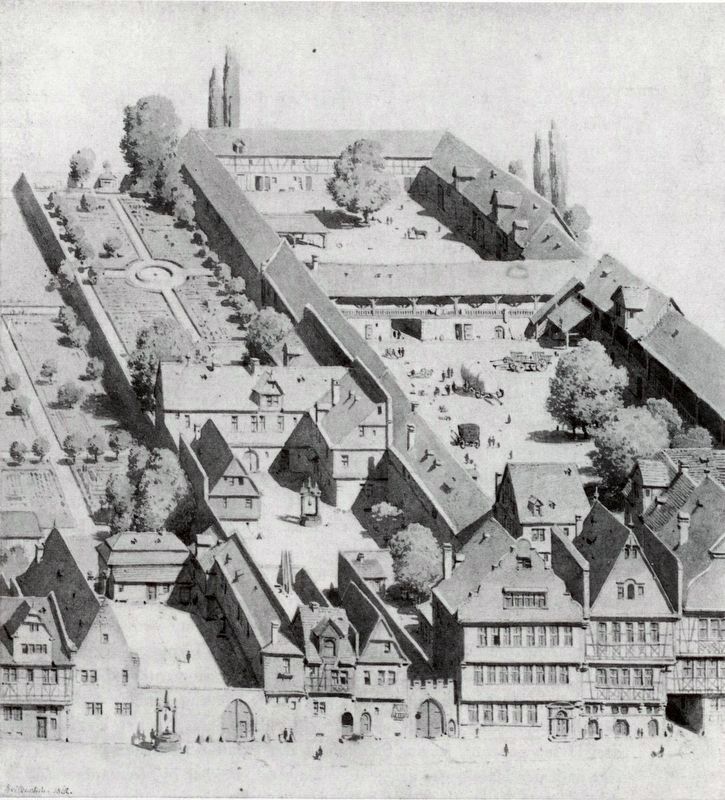 By Carl Theodor Reiffenstein, 1862
3. Friedbergergasse No. 10
The house and garden of Johann Wolfgang Textor, Friedbergergasse No. 10. Built in 1714 by Christoph Heinrich Textor, damaged in 1796 and then rebuilt, demolished in May, 1863. Goethe mentioned it in Poetry and Truth, with its large gate with battlements, the narrow access to the courtyard, and the trellises of peach trees on the south side of the garden. Historic drawing by Carl Theodor Reiffenstein in 1862, depicting the state of the home at the time of Goethe's youth. - Wikipedia Commons
intellectual development she undoubtedly exerted a remarkable influence. (Submitted on December 23, 2016.)