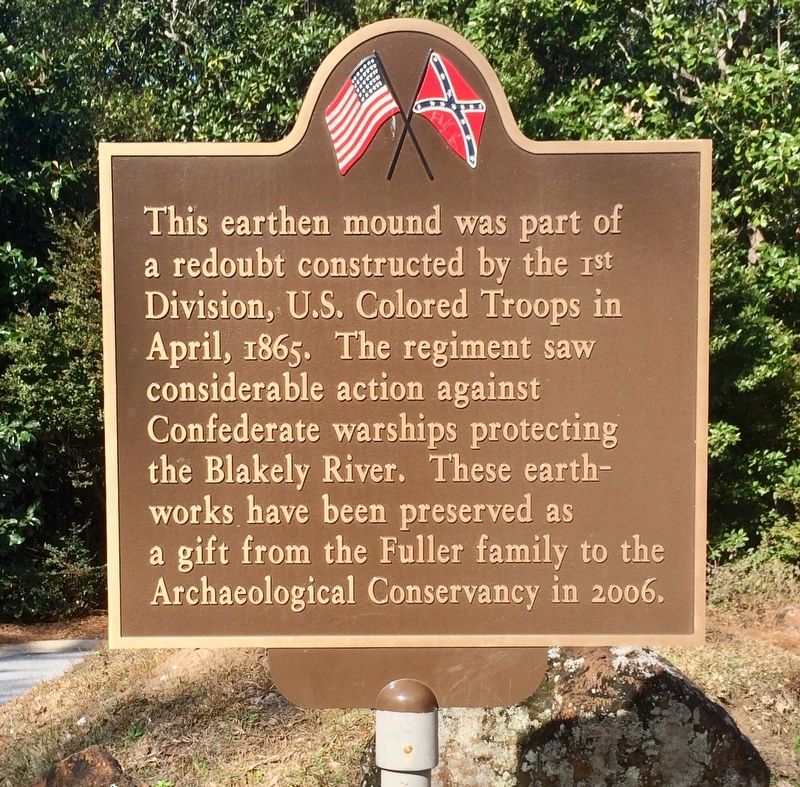 This earthen mound was part of a redoubt constructed by the 1st Division, U.S. Colored Troops in April, 1865. The regiment saw considerable action against Confederate warships protecting the Blakely River. These earthworks have been preserved as a gift from the Fuller family to the Archaeological Conservancy in 2006.

Topics. This historical marker is listed in these topic lists: African Americans • Forts and Castles • War, US Civil. 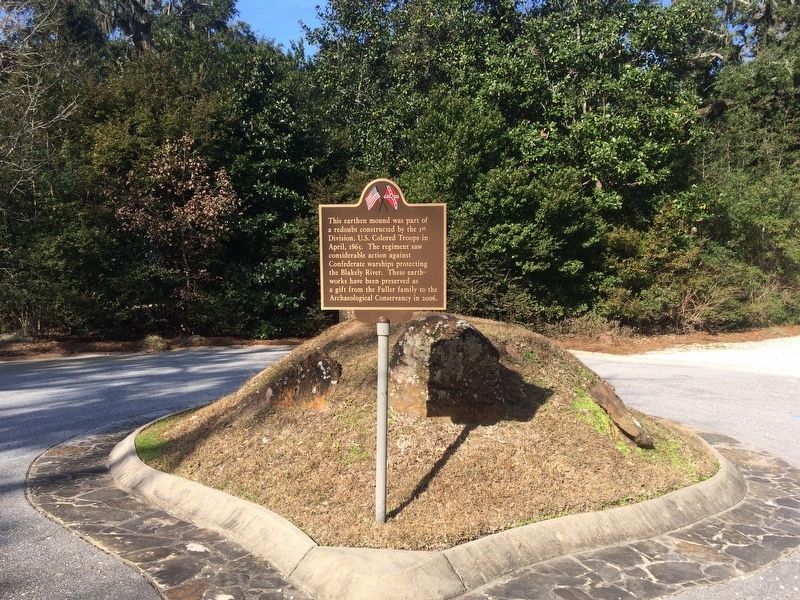 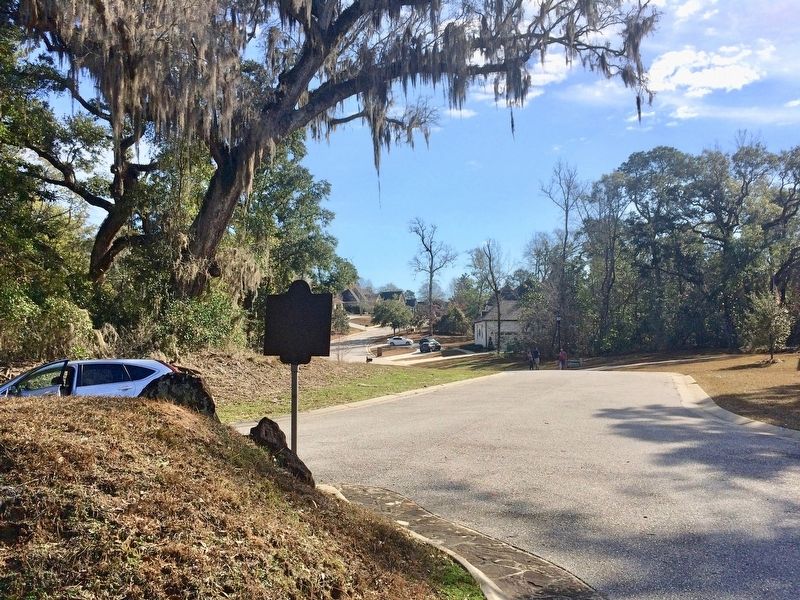