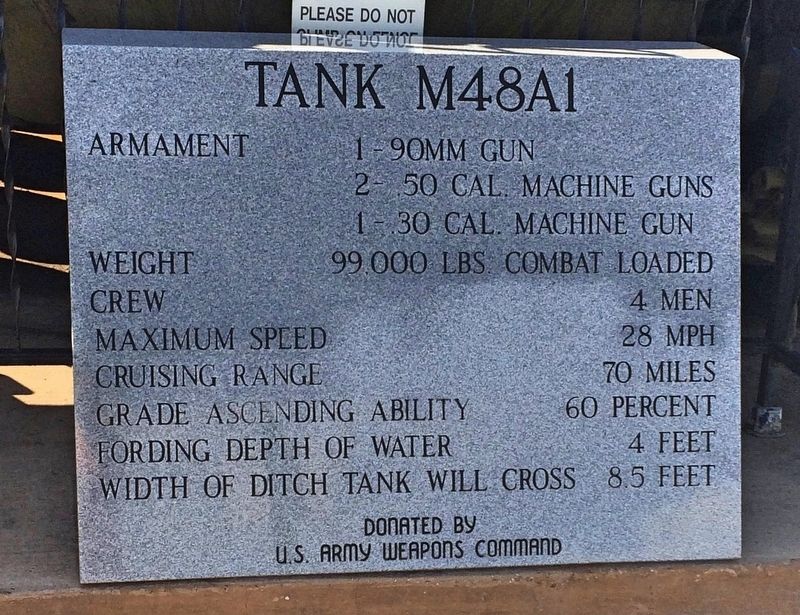 Topics. This historical marker is listed in these topic lists: Military • War, Vietnam. 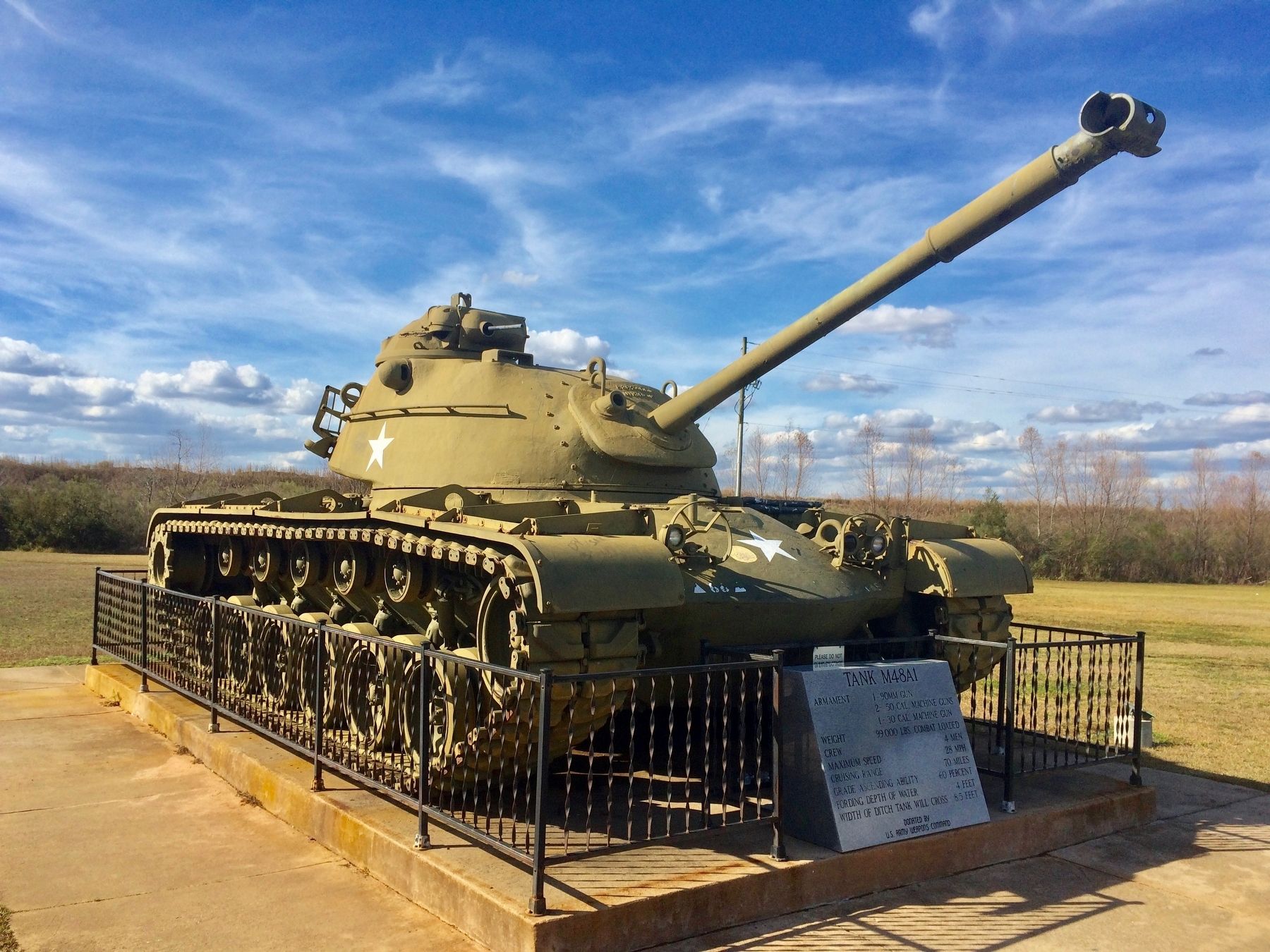 Regarding Tank M48A1. The M48 tank was the third and final US medium gun tank of the Patton series, named after General George S. Patton, commander of the U.S. Third Army during World War II and one of the earliest American advocates for the use of tanks in battle. It was in service with the U.S. from 1953 to the 1990s.

The A1 variant of the M48 had a new driver hatch and M1 commander's cupola, allowing the M2HB .50 caliber machine gun to be operated and reloaded from within the vehicle.