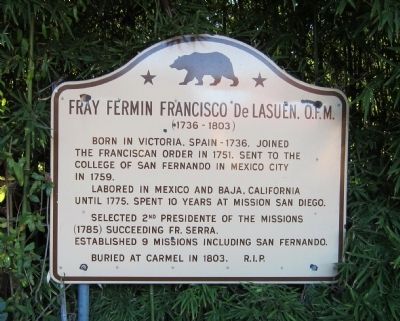 Labored in Mexico and Baja, California until 1775. Spent 10 years at Mission San Diego.

Location. 34° 16.417′ N, 118° 27.728′ W. Marker is in Mission Hills, California, in Los Angeles County. Marker can be reached from San Fernando Mission Blvd near Columbus Avenue, on the right when traveling west. The marker is located on the west side of the Mission San Fernando grounds, within the area of paid admission. Upon paying the entrance fee to the mission, exit into the quad and head toward the back of the convent (i.e. left or west), and then turn right and walk past the Diocese Archives into the side garden. Touch for map. Marker is at or near this postal address: 15151 San Fernando Mission Blvd, Mission Hills CA 91345, United States of America. Touch for directions.

Other nearby markers. At least 8 other markers are within 2 miles of this marker, measured as the crow flies. San Fernando Mission (within shouting distance of this 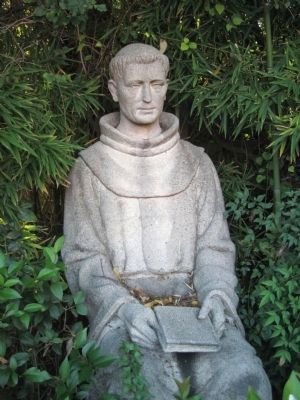 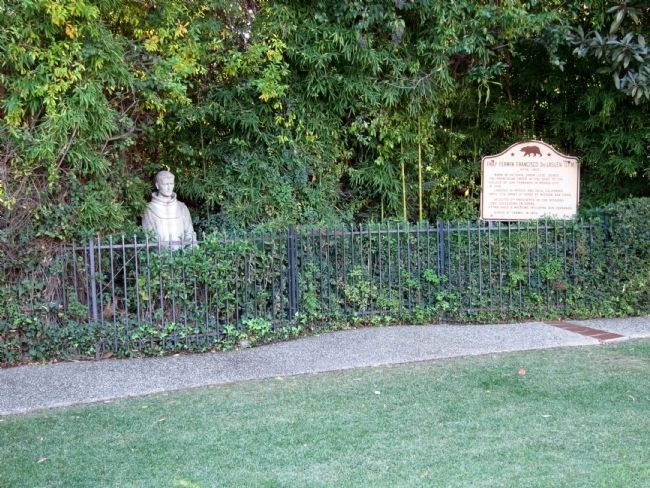