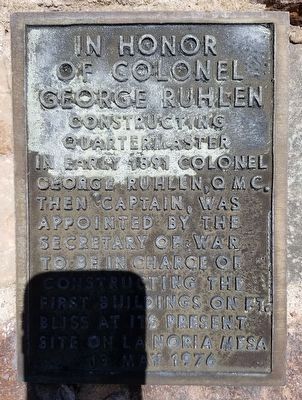 In honor of George Ruhlen, Constructing Quartermaster
In early 1891 Colonel George Ruhlen, QMC, then Captain, was appointed by the Secretary of War to be in charge of constructing the first buildings on Ft. Bliss at its present site on La Noria Mesa.

Topics. This historical marker is listed in this topic list: Forts and Castles. A significant historical year for this entry is 1891. 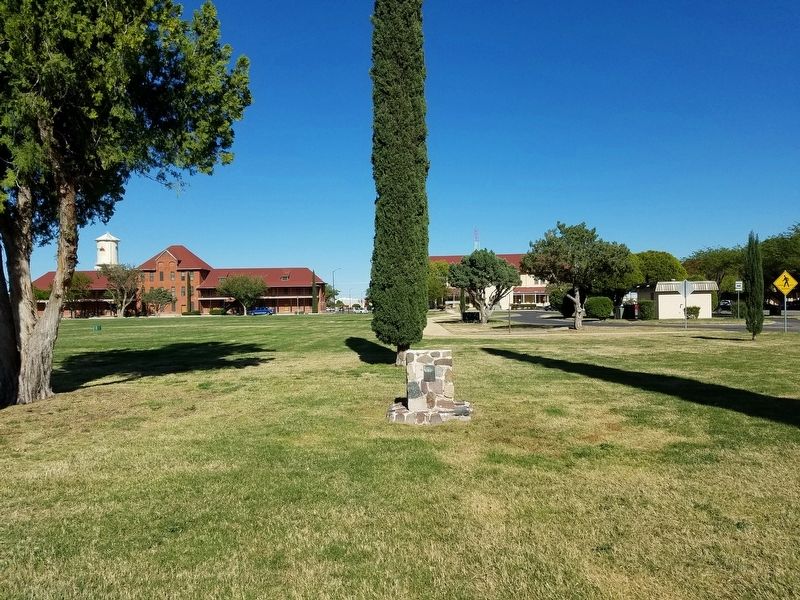 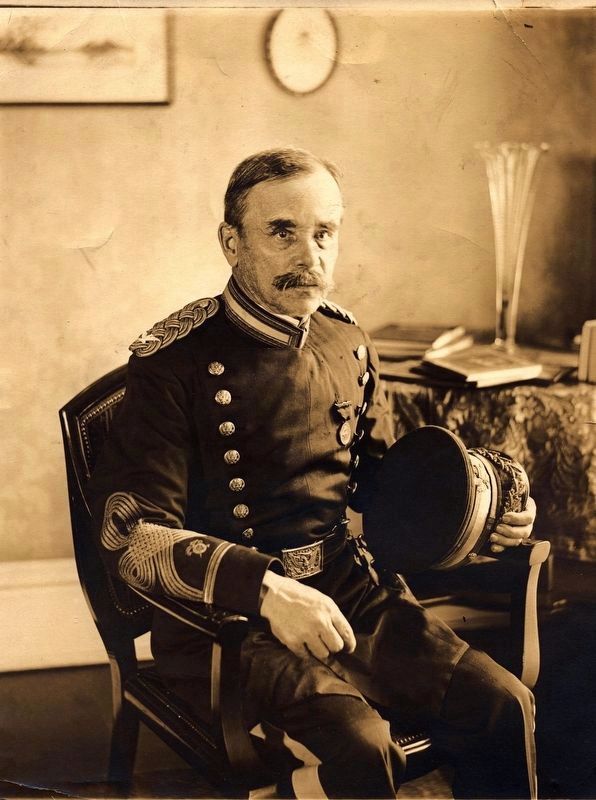