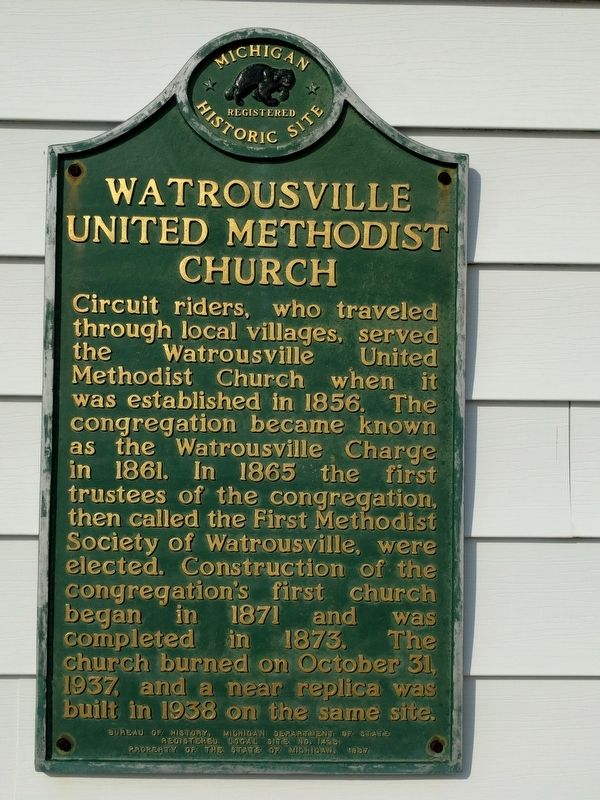 Circuit riders, who traveled through local villages, served the Watrousville United Methodist Church when it was established in 1856. The congregation became known as the Wastrousville Charge in 1861. In 1865 the first trustees of the congregation then called the First Methodist Society of Watrousville, were elected. Construction of the congregation's first church began in 1871 and was completed in 1873. The church burned on October 31, 1937, and a near replica was built in 1938 on the same site.

Topics and series. This historical marker is listed in this topic list: Churches & Religion. In addition, it is included in the Michigan Historical Commission series list. A significant historical date for this entry is October 31, 1937. 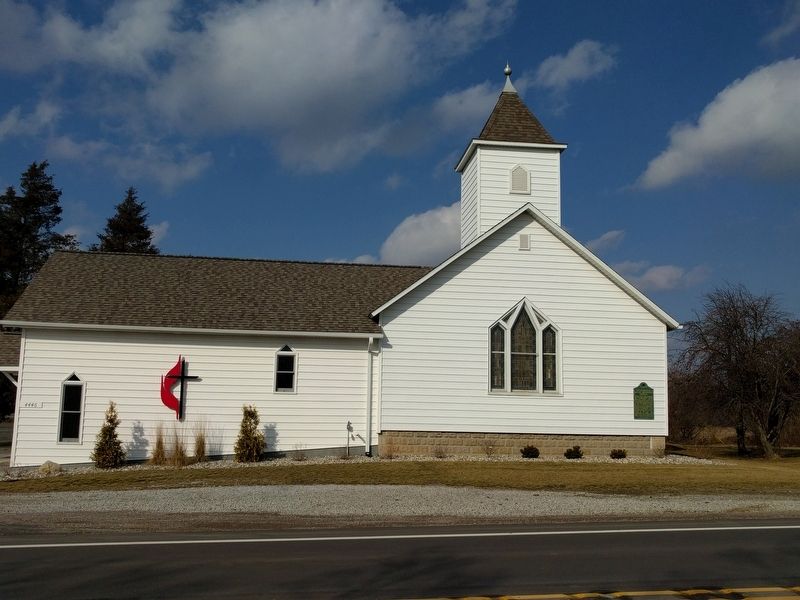 Click or scan to see
this page online
an unincorporated community about 6 miles west of Caro. Touch for map. Marker is at or near this postal address: 4446 West Caro Road, Caro MI 48723, United States of America. Touch for directions. 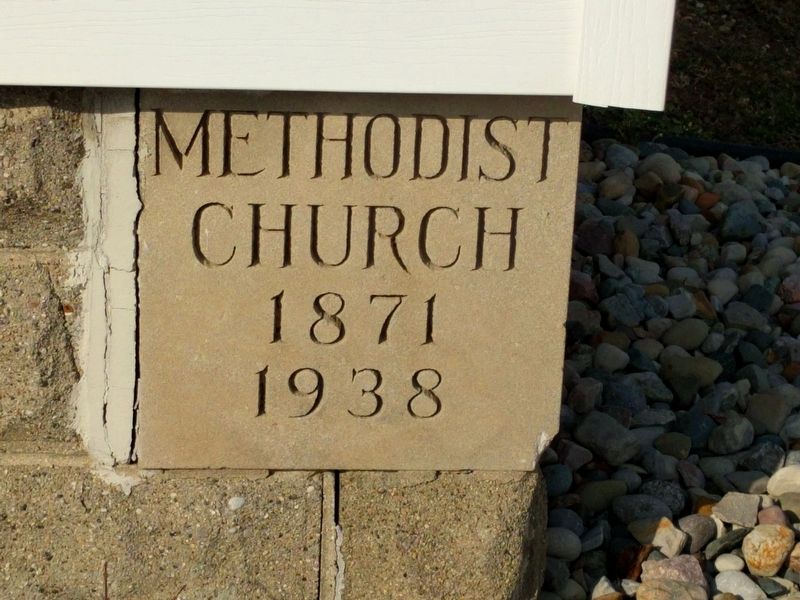