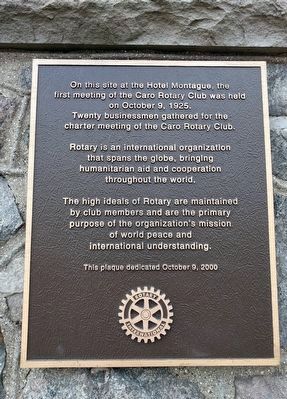 Rotary is an international organization that spans the globe, bringing humanitarian aid and cooperation throughout the world.

The high ideals of Rotary are maintained by club members and are the primary purpose of the organization's mission of world peace and international understanding.

Topics. This historical marker is listed in this topic list: Fraternal or Sororal Organizations. A significant historical date for this entry is October 9, 1925.

Other nearby markers. At least 8 other markers are within 7 miles of this marker, measured as the crow flies. Trinity Episcopal Church (within shouting distance of this marker); Caro Masonic Temple 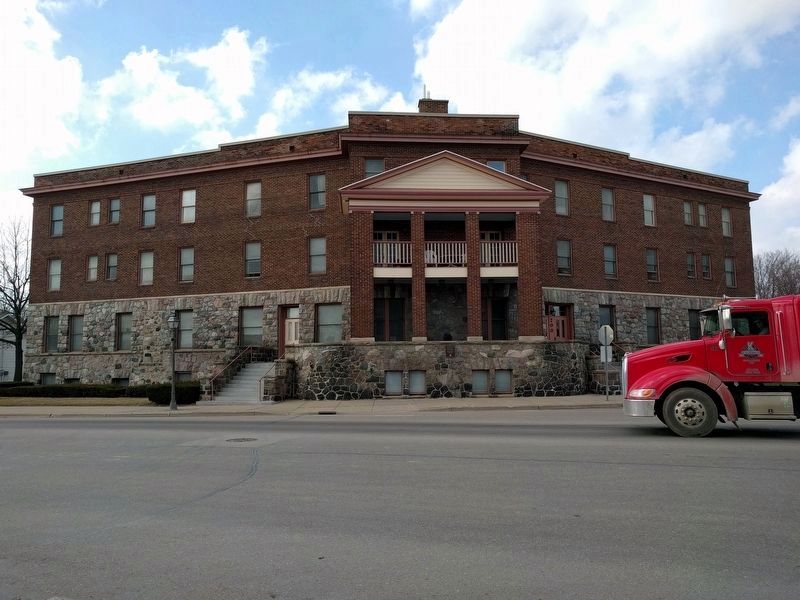 Photographed By Joel Seewald, February 22, 2017
2. Former Montague Hotel and Marker
Marker is at street level between the two sets of lower windows at the corner of the building.