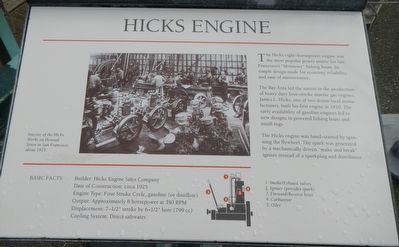 The Hicks eight-horsepower engine was the most popular power source for San Francisco's "Monterey" fishing boats. Its simple design made for economy, reliability, and ease of maintenance.
The Bay Area led the nation in production of heavy duty four-stroke marine gas engines. James L. Hicks, one of two dozen local manufacturers, built his first engine in 1910. The early availability of gasoline engines led to new designs in powered fishing boats and small tugs.
The Hicks engine was hand-started by spinning the flywheel. The spark was generated by a mechanically driven "make and break" igniter instead of a spark plug and distributor. 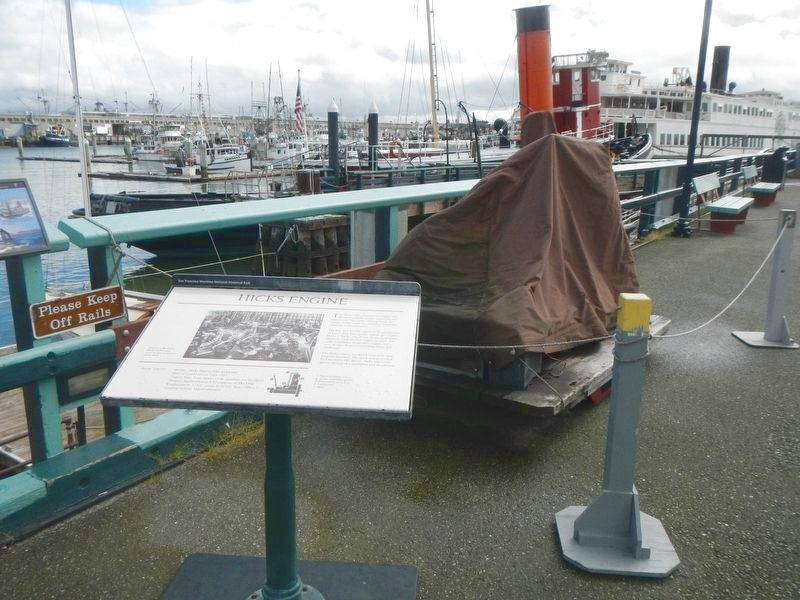 Click or scan to see
this page online
is listed in this topic list: Industry & Commerce. A significant historical year for this entry is 1924.

More about this marker. The Hicks engine, part of the San Francisco Maritime Nation Historical Park, is located on the Hyde Street Pier at the bottom of Hyde Street. 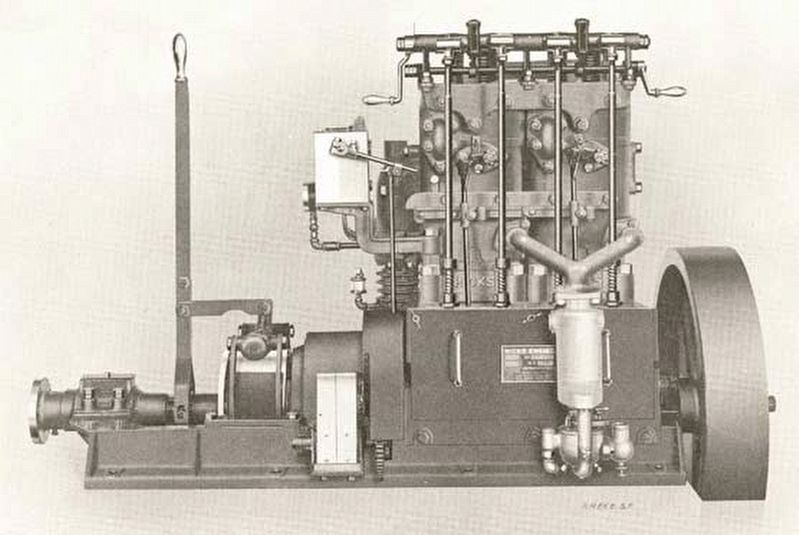 By National Park Service
3. Hicks Engine
in San Francisco where it was installed in most Monterey fishing boats. (Submitted on March 8, 2017, by Barry Swackhamer of Brentwood, California.)