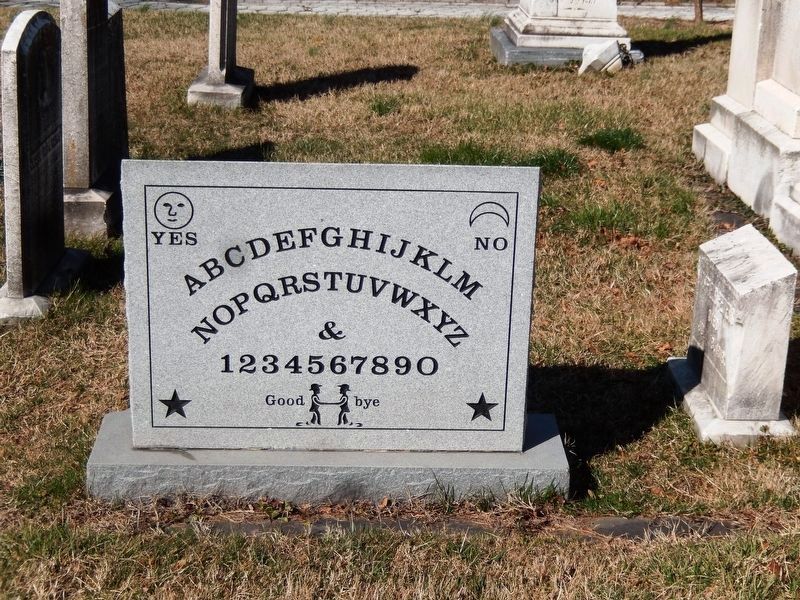 Back . Elijah Jefferson Bond, Patentee of the Ouija Board; Born January 23rd 1847 Died April 14th 1921. . This historical marker is in Greenmount Cemetery in Baltimore Maryland

Front
Yes-No, Letters A through Z & 1 through 0, Good bye

Topics. This historical marker is listed in these topic lists: Arts, Letters, Music • Cemeteries & Burial Sites. A significant historical date for this entry is January 23, 1847. 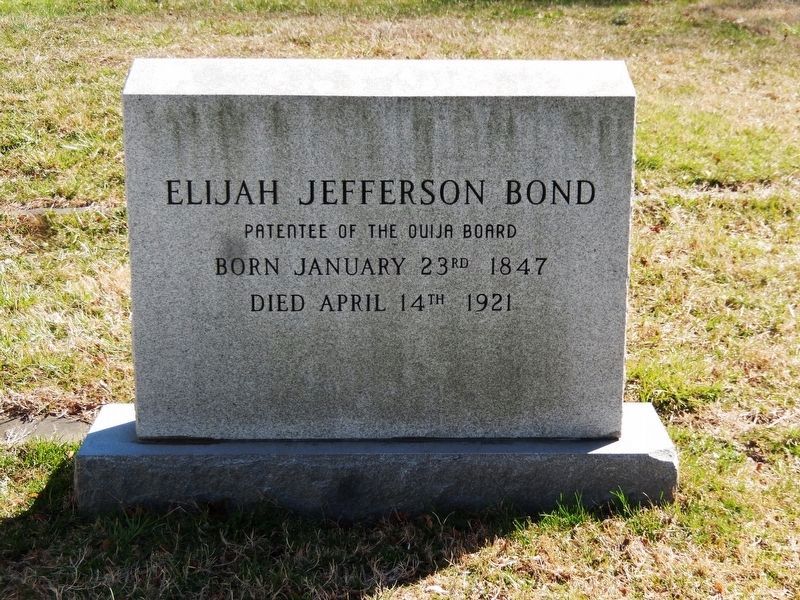 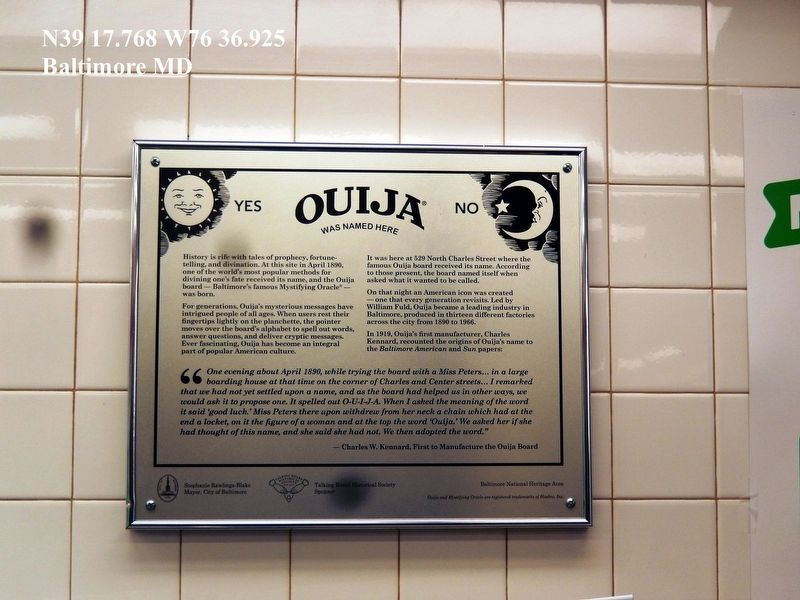 By Don Morfe, February 25, 2017
3. Ouija Historic Marker-529 North Charles Street-Baltimore MD
The marker is inside the 7-11 store and reads: Ouija Was Named Here-Inscription. History is rife with tales of prophecy, fortune-telling and divination. At this site in April 1890, one of the world’s most popular methods for divining one’s fate received its name, and the Ouija board-Baltimore’s famous Mystifying Oracle—was born. For generations, Ouija’s mysterious messages have intrigued people of all ages. When users rest their fingertips lightly on the planchette, the pointer moves over the board’s alphabet to spell out words, answer questions, and deliver cryptic messages. Ever fascinating, Ouija has become an integral part of popular American culture. It was here at 529 North Charles Street where the famous Ouija board received its name. According to those present, the board name itself when asked what it wanted to be called. On that night an American icon was created –one that every generation revisits. Let by William Fuld, Ouija became a leading industry in Baltimore, produced in thirteen different factories across the city from 1890 to 1966. In 1919, Ouija’s first manufacturer, Charles Kennard, recounted the origins of Ouija’s name to the Baltimore American and Sun papers: “One evening about April 1890, while trying the board with a Miss Peters…in a large boarding house at that time on the corner of Charles and Center streets…I remarked that we had not yet settled upon a name, and as the board had helped us in other ways, we would ask it to propose one. It spelled out O-U-I-J-A. When I asked the meaning of the word it said ‘good luck.’ Miss Peters there upon withdrew from her neck a chain which had at the end a locket, on it the figure of a woman and at the top the word ‘Ouija.” We asked her if she had thought of this name, and she said had not. We then adopted the word.” Stephanie Rawlings-Blake, Mayor, City of Baltimore. Talking Board Historical Society Sponsor. Baltimore National Heritage Area. Ouija and Mystifying Oracle are registered trademarks of Hasbro, Inc. The GPS coordinates are: 39° 17.768′ N, 76° 36.925′ W. 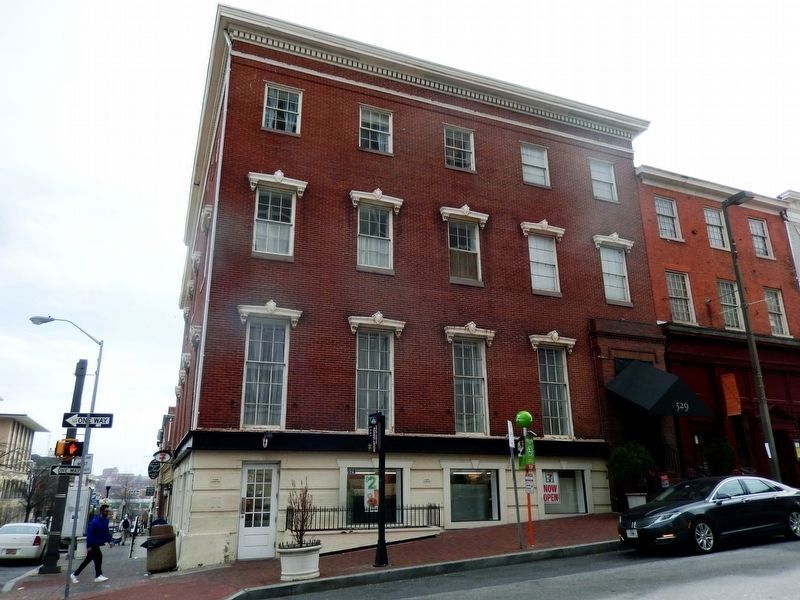