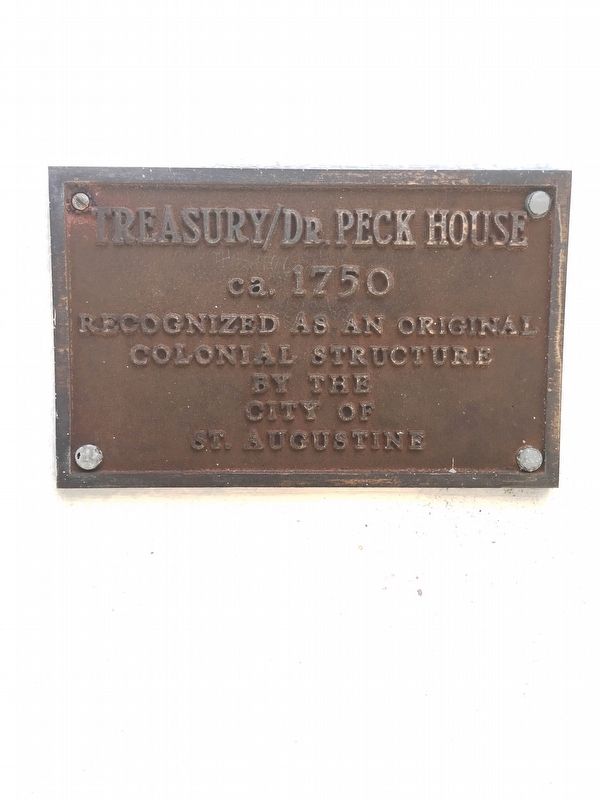 Recognized as an Original Colonial Structure by the City of St. Augustine

Regarding Treasury/Dr. Peck House. The Peck 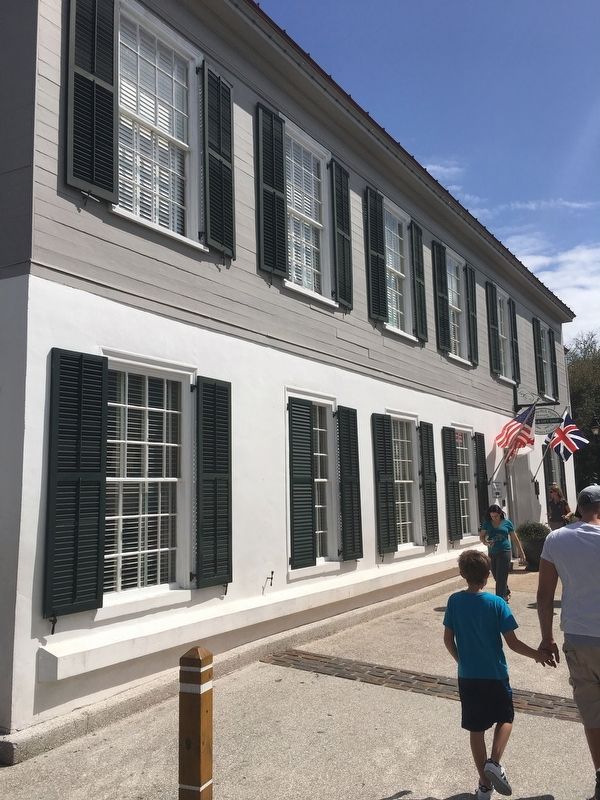 Click or scan to see
this page online
House (aka Old Spanish Treasury), built of native coquina stone, was constructed circa 1750 by order of the King of Spain to be the residence of his Royal Treasurer, Juan Esteban de Peña. Dr. Seth Peck acquired the house in 1837; his granddaughter, Anna Gardener Burt, lived there 81 years. Upon Miss Anna's death in 1931, she willed the property to the city of St. Augustine to be exhibited to the public as a house museum 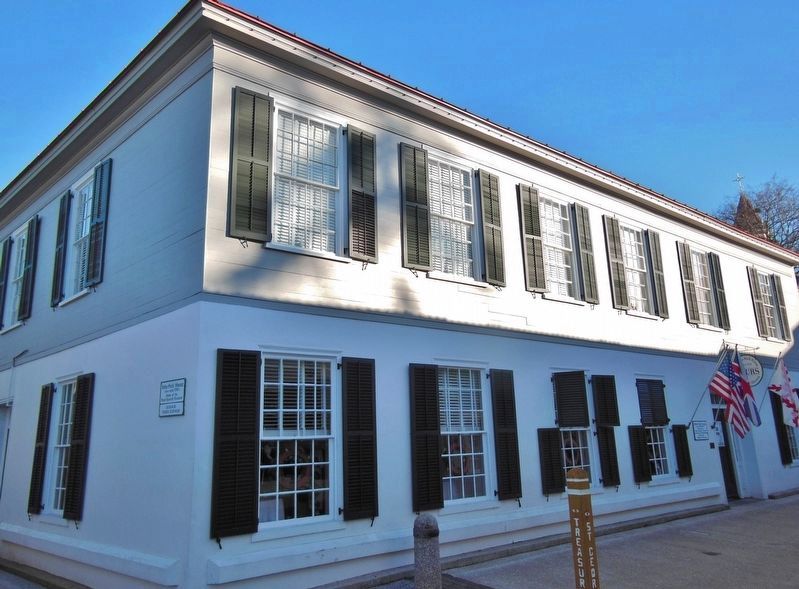