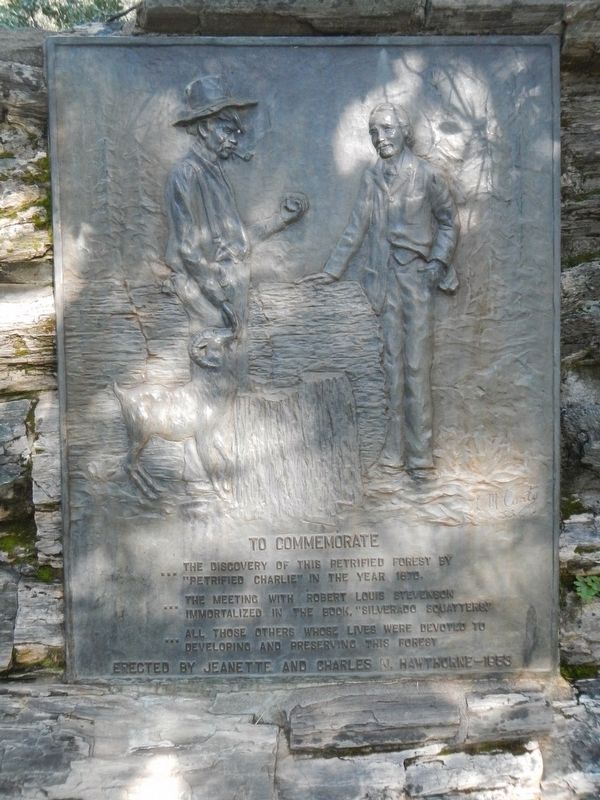 To Commemorate
... The discovery of the petrified forest by "Petrified Charlie" in the year 1870.
... The meeting with Robert Louis Stevenson immortalized in the book, "Silverado Squatters."
... All those others whose lives were devoted to developing and preserving this forest.

Topics. This historical marker is listed in these topic lists: Paleontology • Settlements & Settlers. 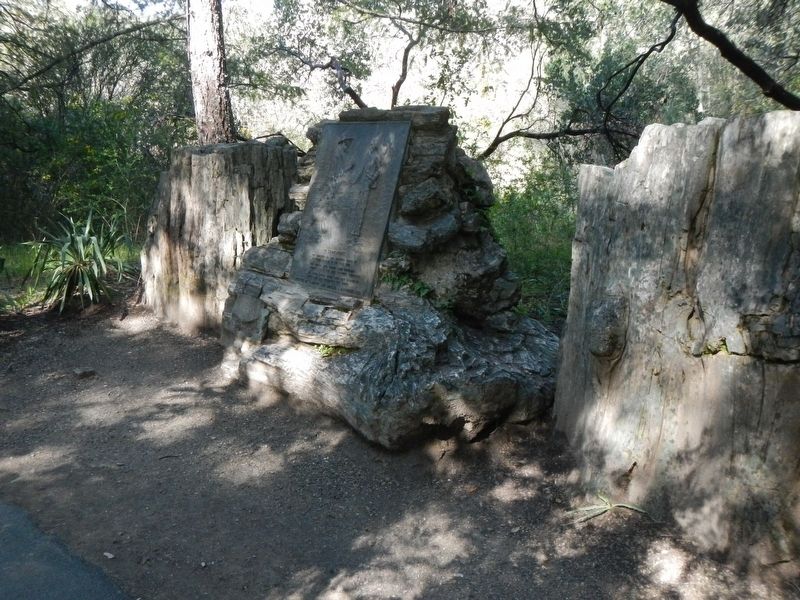 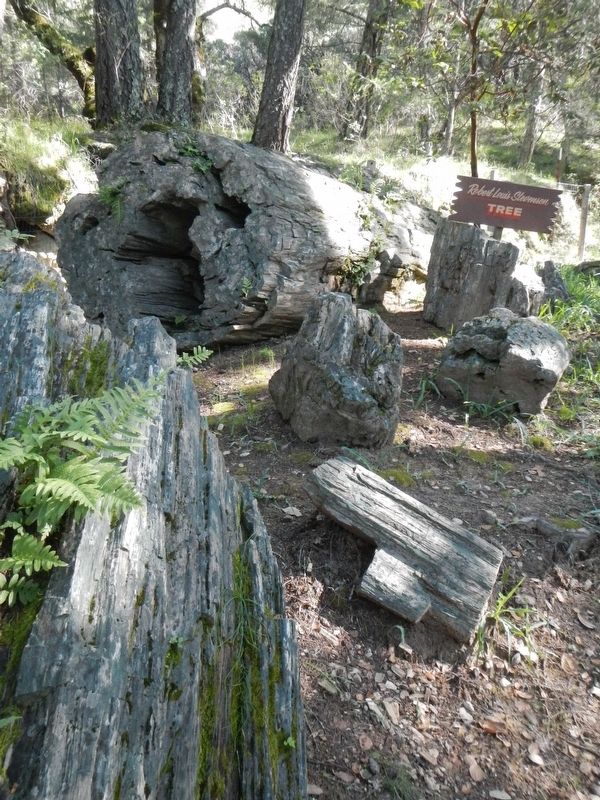