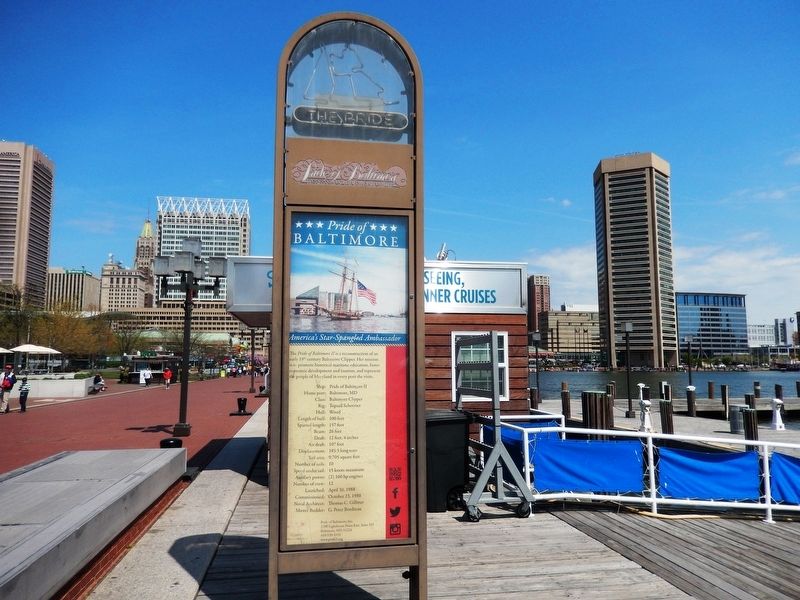 The Pride of Baltimore II is a reconstruction of an early 19th century Baltimore Clipper. Her mission is to promote historical maritime education, foster economic development and tourism, and represent the people of Maryland in every port she visits.

Topics. This historical marker is listed in this topic list: Waterways & Vessels. A significant historical date for this entry is April 30, 1988. 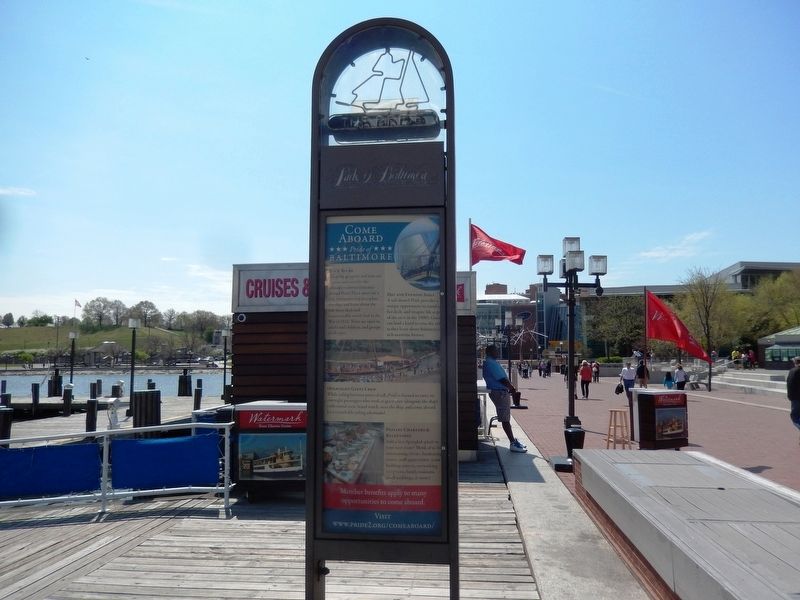 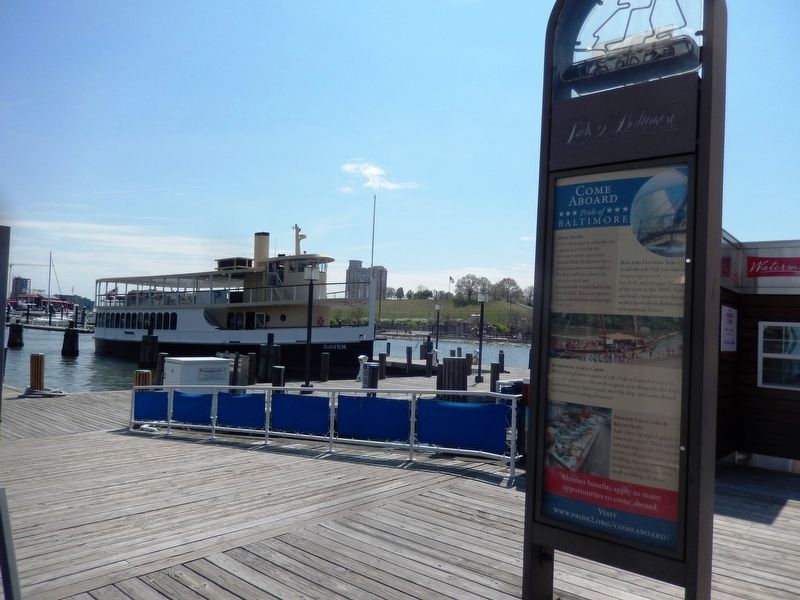