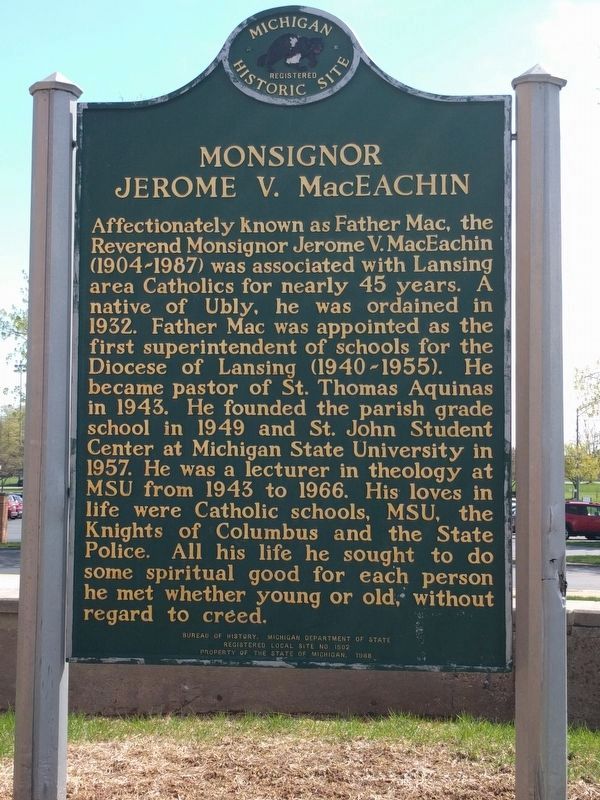 Monsignor Jerome V. MacEachin
Affectionately known as Father Mac, the Reverend Monsignor Jerome V. MacEachin (1904-1987) was associated with Lansing area Catholics for nearly 45 years. A native of Ubly, he was ordained in 1932. Father Mac was appointed as the first superintendent of schools for the Diocese of Lansing (1940-1955). He became pastor of St. Thomas Aquinas in 1943. He founded the parish grade school in 1949 and St. John Student Center at Michigan State University in 1957. He was a lecturer in theology at MSU from 1943 to 1966. His loves in life were Catholic schools, MSU, the Knights of Columbus and the State Police. All his life he sought to do some spiritual good for each person he met whether young or old, without regard to creed.

St. Thomas Aquinas Roman Catholic Parish
Founded in 1940 by Bishop Joseph H. Albers, St. Thomas Aquinas was the largest parish in the Diocese of Lansing by 1988. The first Catholic parish established in East Lansing, it also served Okemos, Haslett and Bath. The church took its name from the scholar St. Thomas Aquinas because it originally served as the Michigan 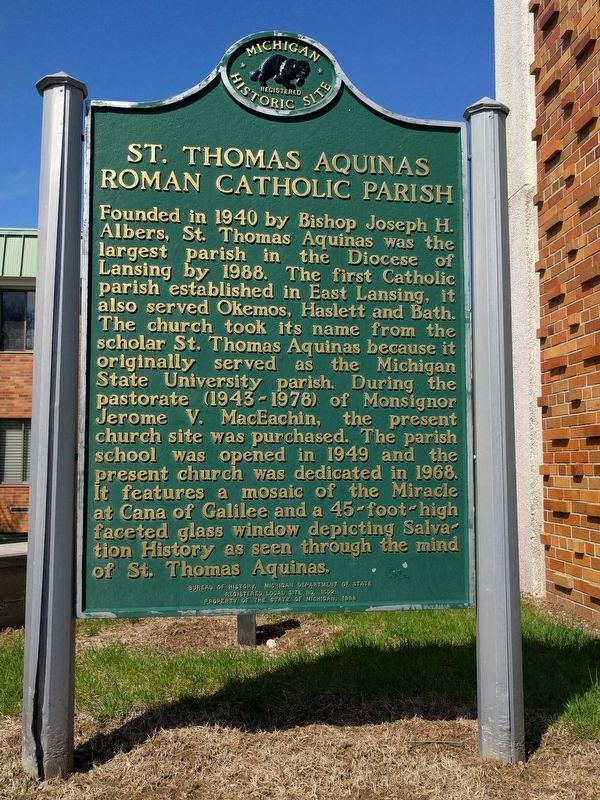 By Joel Seewald, April 22, 2017
2. Monsignor Jerome V. MacEachin / St. Thomas Aquinas Roman Catholic Parish Marker
State University parish. During the pastorate (1943-1978) of Monsignor Jerome V. MacEachin, the present church site was purchased. The Parish school was opened in 1949 and the present church was dedicated in 1968. It features a mosaic of the Miracle at Cana of Galilee and a 45-five-foot-high faceted glass window depicting Salvation History as seen through the mind of St. Thomas Aquinas.

Topics and series. This historical marker is listed in these topic lists: Churches & Religion • Education. In addition, it is included in the Michigan Historical Commission series list.

Location. 42° 44.626′ N, 84° 28.44′ W. Marker is in East Lansing, Michigan, in Ingham County. Marker can be reached from Alton Road. The marker is near the church tower, which is about 400 feet west of Alton Road. The church is about 0.5 mile south of East Saginaw Street (Business Interstate Highway 69). Touch for map. Marker is at or near this postal address: 955 Alton Road, East Lansing MI 48823, United States of America. Touch for directions. 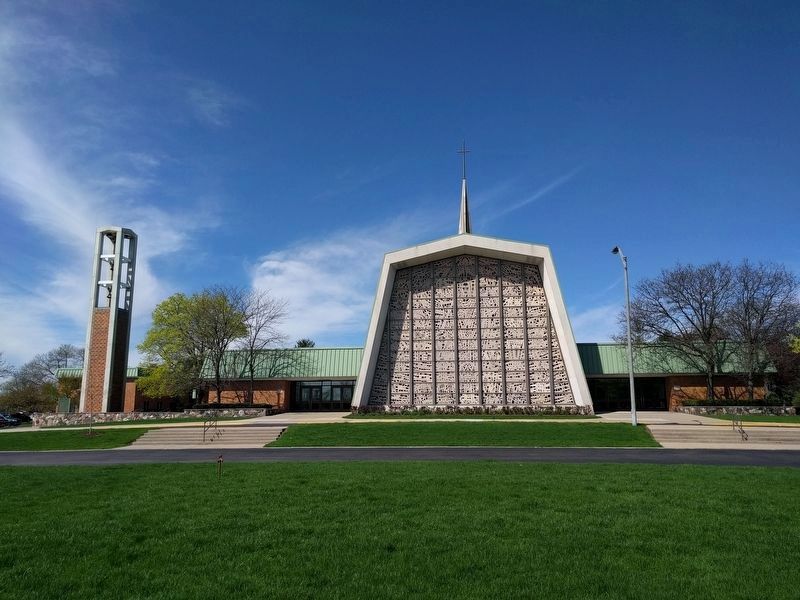