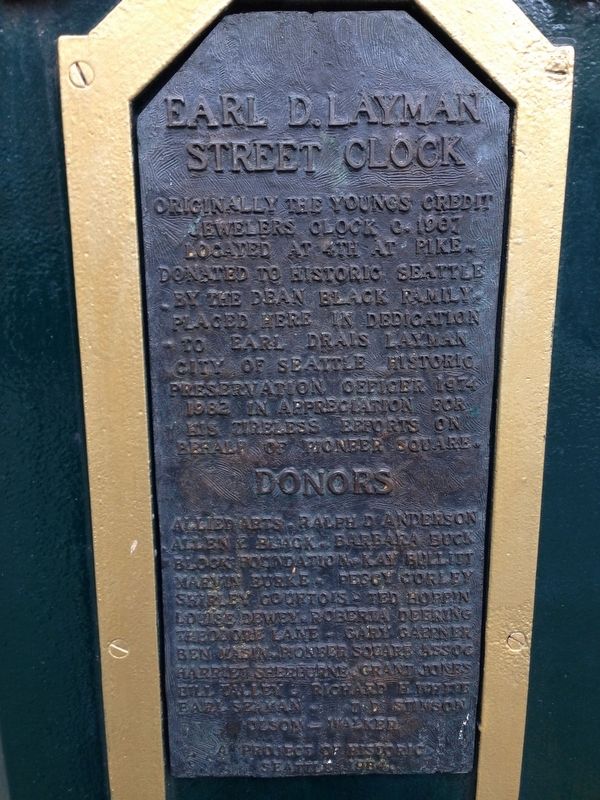 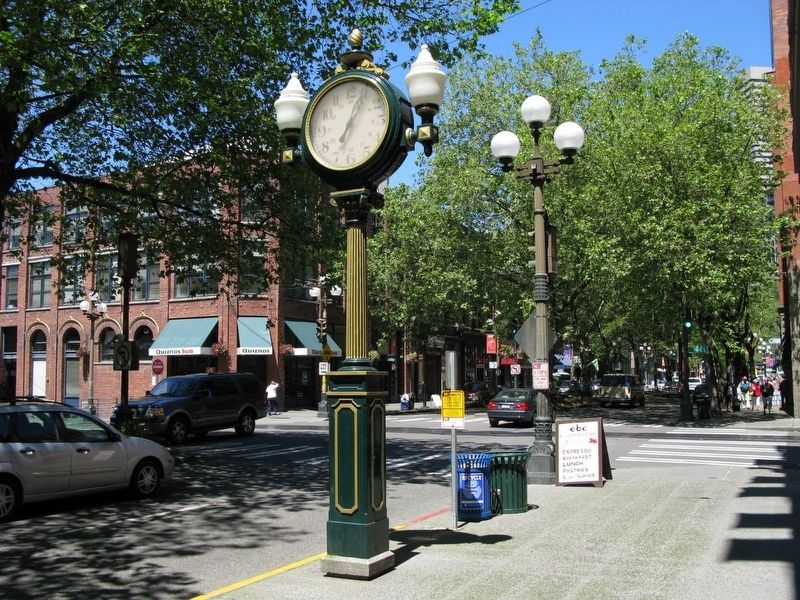 More about this marker. The plaque is located on the north side of the base of the street clock. The street clock is on the sidewalk edge in front of the west face of the Globe Building.

Regarding Earl Layman Street Clock. The street clock was actually installed by Young's Credit Jewelry in 1922 at 1213 3rd Avenue, Seattle.

It was manufactured for them by Seattle's clockmaker Joseph Mayer. The internal clock works were manufactured by E. Howard & Company.

In 1928 Young's moved the clock with their store to 1433 4th Avenue. It was there until 1967. For the last 5 years or so it was owned by the Dean Black family, who drove downtown from their home in the Ravenna neighborhood to wind the clock.

In 1967 the Blacks moved the clock to their home at 5746 17th Ave NE. It was still there in 1980 when Earl Layman and his staff completed a thematic landmark designation for all of the nine historic street clocks still on Seattle's streets. This clock was not included because it was in the Blacks' back yard.

Historic Seattle acquired the clock from the Blacks and had it restored by Jerry Martin. It was installed here in 1984, with the plaque embedded.

Like the F. X. McRory clock (reinstalled from private hands in 1989) it is covered as part of the Pioneer Square Historic District but is not one of the nine landmarked clocks.