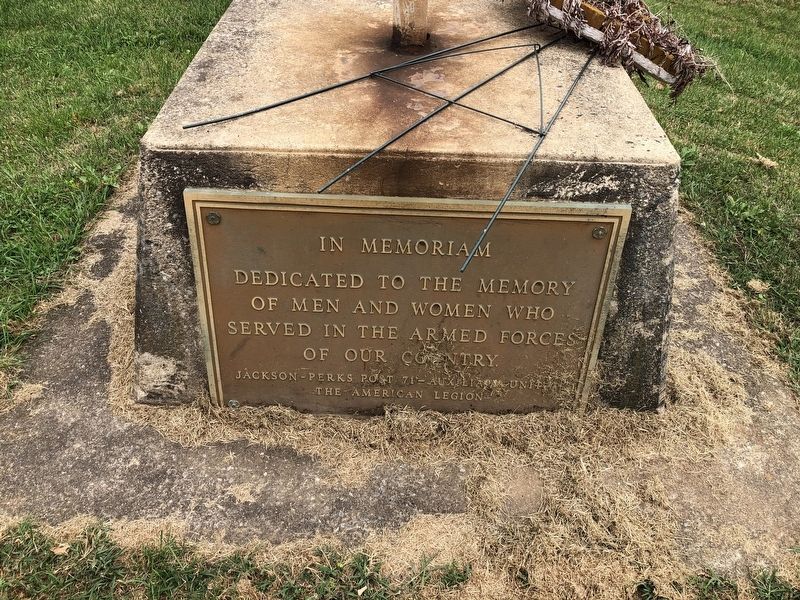 By Devry Becker Jones, October 11, 2020
1. In Memoriam Marker
Inscription.
In Memoriam. .
Dedicated to the memory of men and women who served in the Armed Forces of our country.. . This memorial was erected in 1966 by Jackson-Perks American Legion Post 71 and Auxiliary. It is in Charles Town in Jefferson County West Virginia

Dedicated to the memory
of men and women who
served in the Armed Forces
of our country.

Location. 39° 17.388′ N, 77° 51.24′ W. Marker is in Charles Town, West Virginia, in Jefferson County. Memorial is at the intersection of Seminary Street and Congress Street, on the left when traveling south on Seminary Street. Touch for map. Marker is at or near this postal address: Near the NW corner of Edge Hill Cemetery, Charles Town WV 25414, United States of America. Touch for directions. 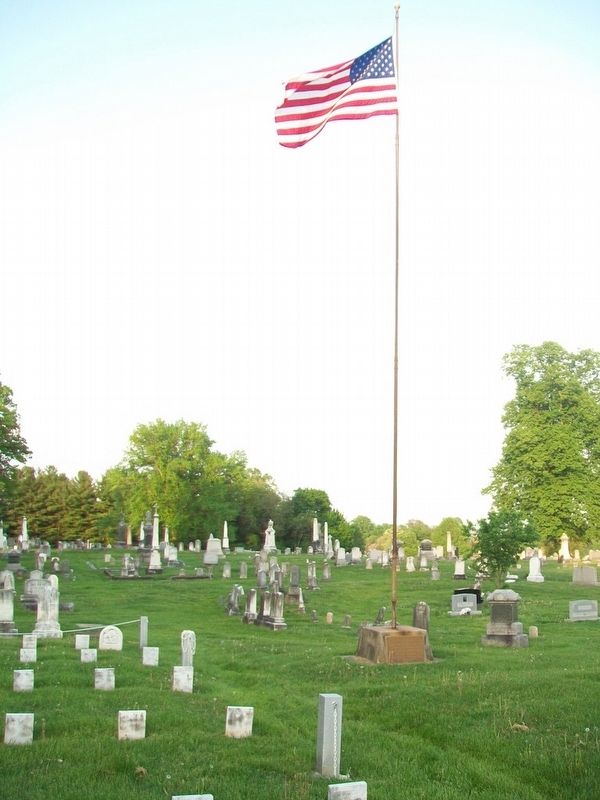