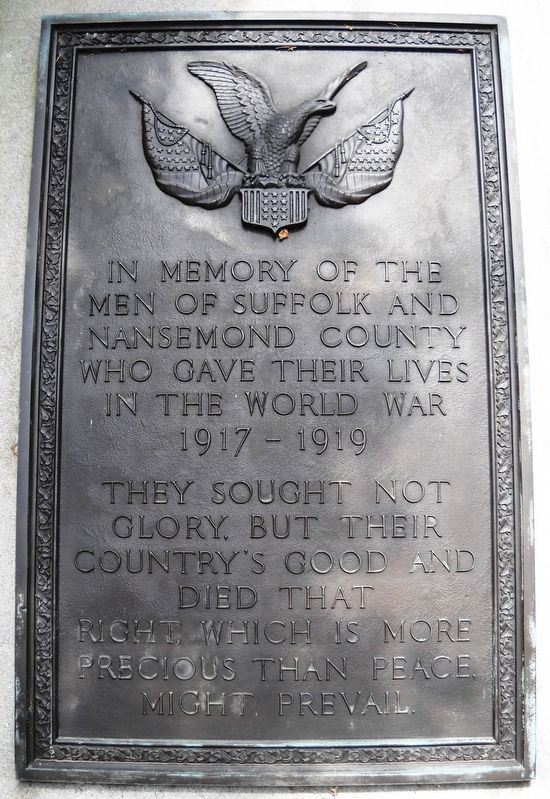 They sought not glory, but their country’s good and died that right, which is more precious than peace, might prevail.

(side)
This tablet is erected as a tribute to the men of Suffolk and Nansemond County, Virginia who died in the service of their country in the Great War.
1917-1918 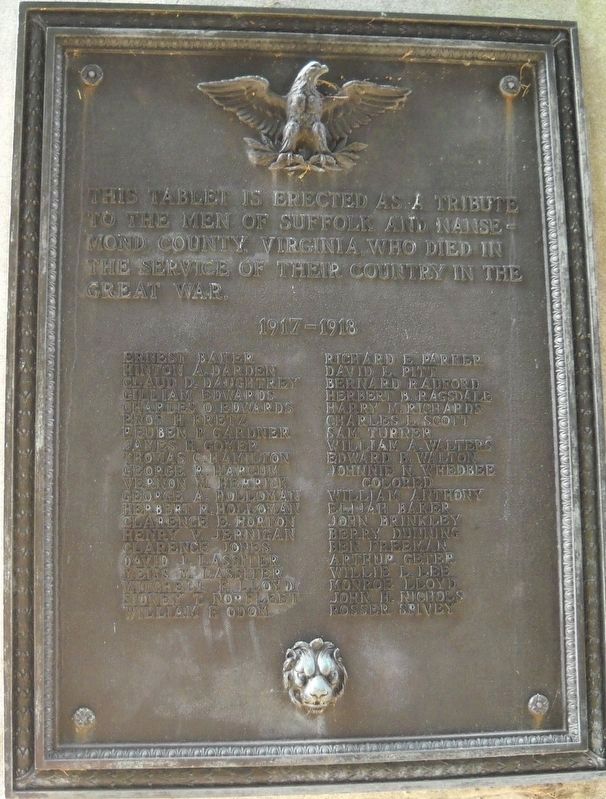 (rear)
Those who die for love of country sleep peacefully. Those who live to "carry on" hold high the torch that lights the flame of patriotism in the hearts of our children.

Regarding World War I Monument. A list of 41 names is on the left-side plaque. This monument, 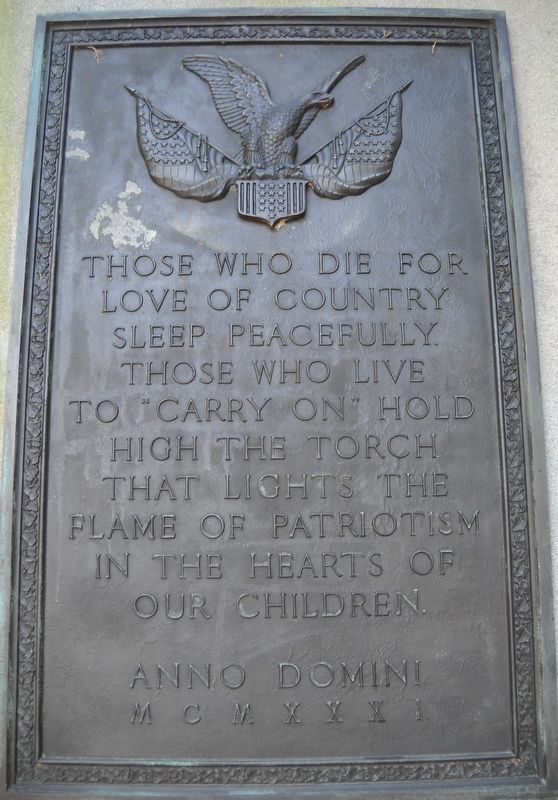 By Cynthia L. Clark, April 26, 2017
3. Inscription 2 – Back Plaque
dedicated in 1931, was located originally at the intersection of North Main Street and Milner Road (probably, present-day Constance Road). It was later moved to Cedar Hill Cemetery’s entrance due to an increase in traffic. 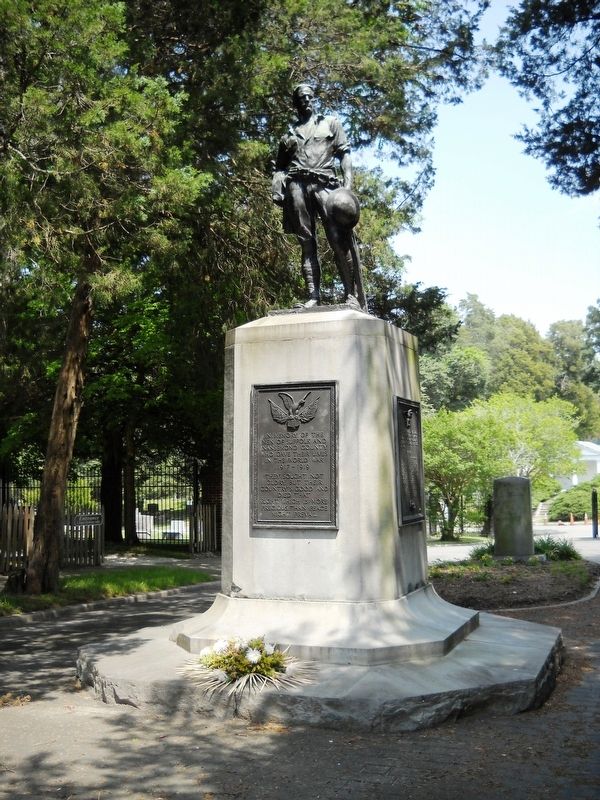 By Cynthia L. Clark, May 10, 2017
4. A close-up of the World War I Monument, looking east.
The monument is a part of a war memorial exhibition known as Monument Alley. Displayed in fourth position, it stands behind a 1944 artillery cannon (not visible) and before the Spanish War Veterans Memorial (background). Cedar Hill Cemetery’s main entry gate is in the far background. 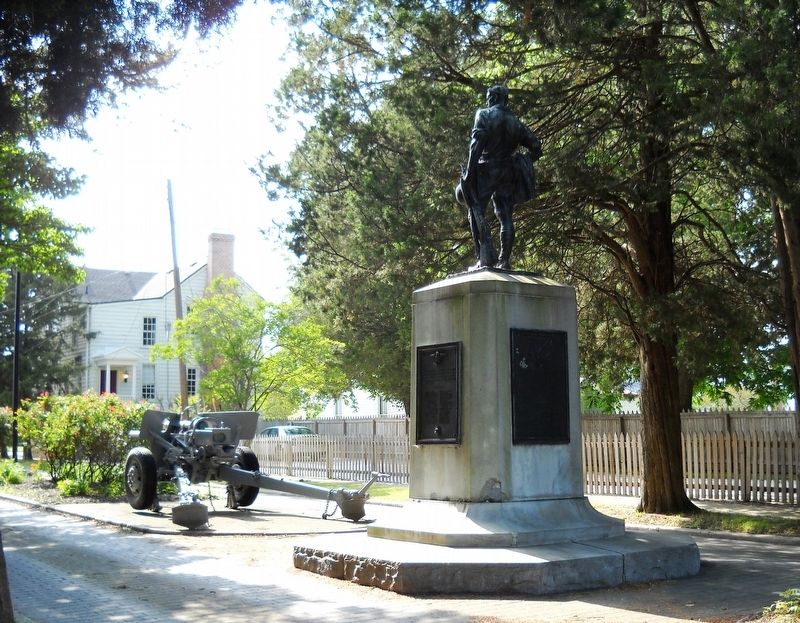 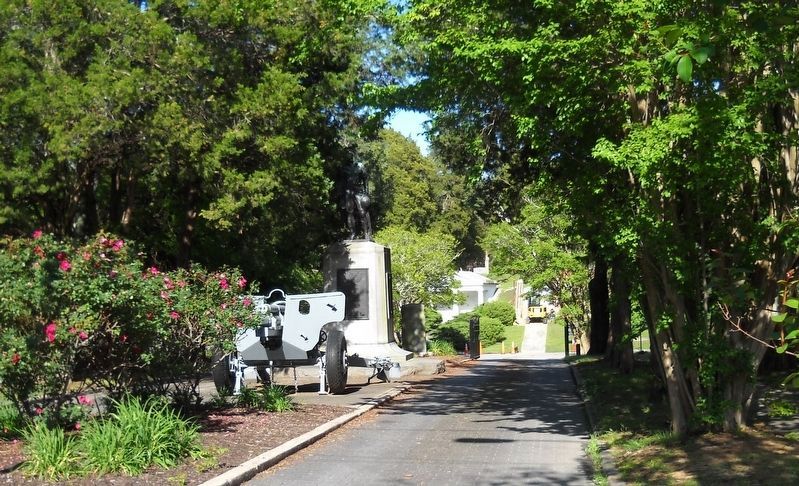