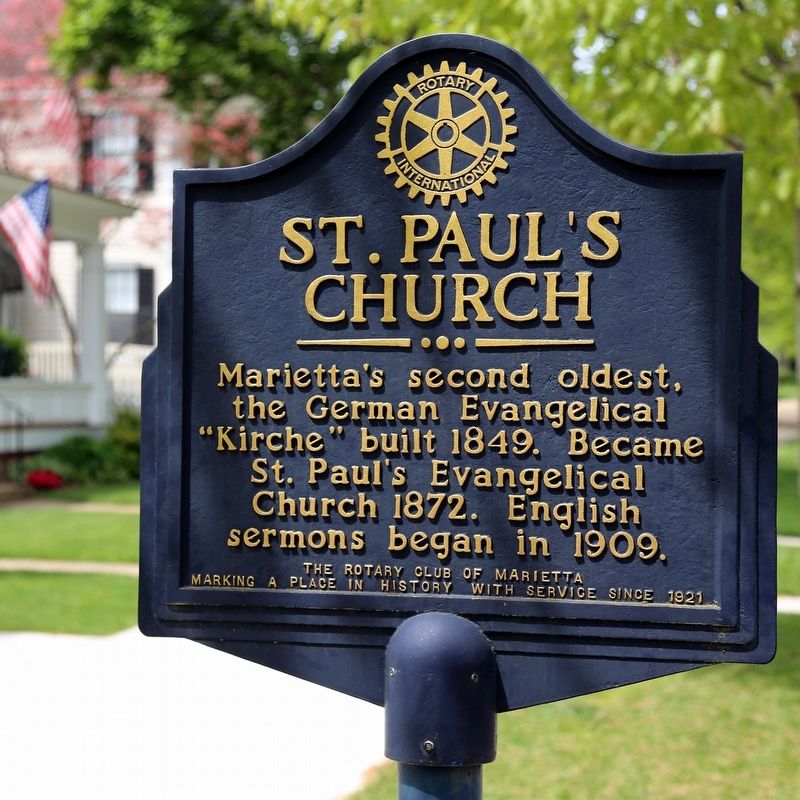 Erected by the Rotary Club of Marietta, marking a place in history with service since 1921.

Location. 39° 25.19′ N, 81° 27.174′ W. Marker is in Marietta, Ohio, in Washington County. Marker is at the intersection of 5th Street and Scammel Street, on the right when traveling north on 5th Street. Touch for map. Marker is in this post office area: Marietta OH 45750, United States of America. Touch for directions. 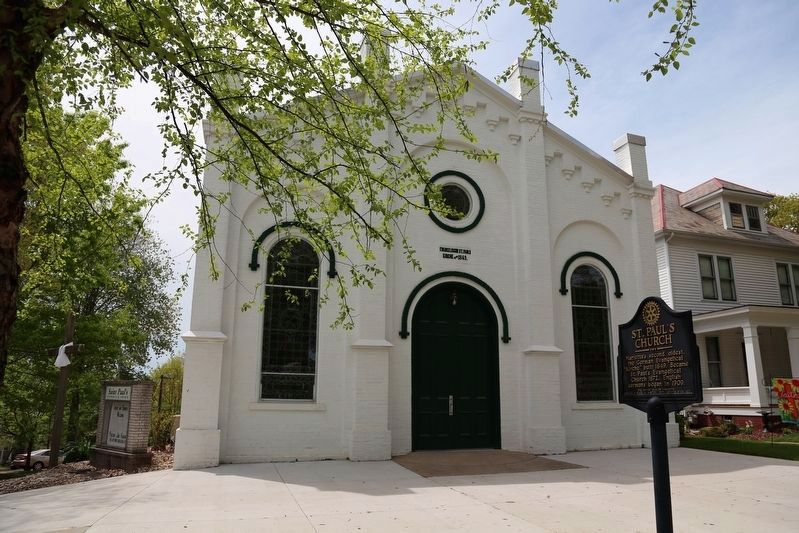 Also see . . .  St. Paul's Evangelical Gathering – History. “What is now St. Paul’s Evangelical Church began as the German Religious Society in 1838, serving new German immigrants arriving in the area in increasing numbers. The Society served people from all the Protestant groups the immigrants had left behind in their homeland. In 1839-40, the congregation was organized and chartered as the German Evangelical Church, and built its sanctuary at the corner of Fifth and Scammel Streets in 1849. That sanctuary has been in use by this congregation to the present time. In 1872, ‘Saint Paul’s’ replaced ‘German’ in the church’s name.” (Submitted on May 20, 2017.) 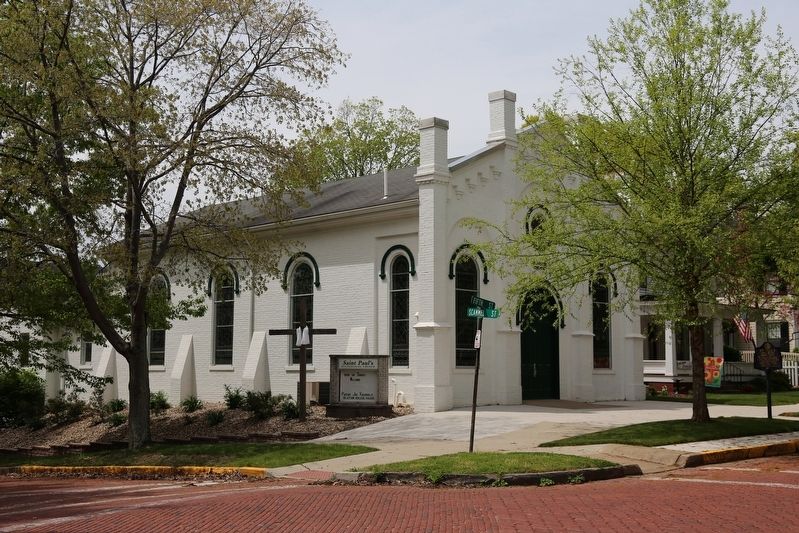 Editor’s want-list for this marker. Photos of the inside of the church • Can you help?
Share This Page.