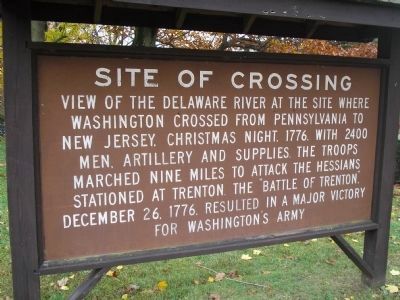 [Marker Front]:
View of the Delaware River at the site where Washington crossed from Pennsylvania to New Jersey, Christmas Night, 1776, with 2400 men, artillery and supplies. The troops marched nine miles to attack the Hessians stationed at Trenton. The “Battle of Trenton”, December 26, 1776, resulted in a major victory for Washington’s army. 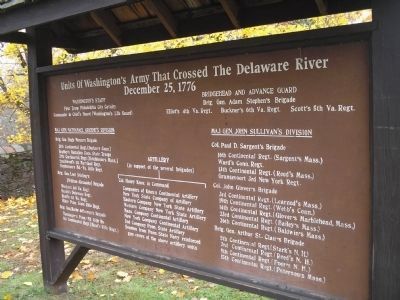 Click or scan to see
this page online
Rifle Regt. 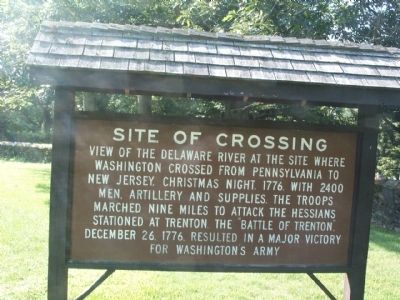 Topics. This historical marker is listed in these topic lists: War, US Revolutionary • Waterways & Vessels. A significant historical date for this entry is December 26, 1861.

Location. 40° 17.913′ N, 74° 52.043′ W. Marker is in Hopewell Township, New Jersey, in Mercer County. Marker can be reached from River Road. This marker is in Washington Crossing State Park near the Johnson Ferry House. It can only be reached on foot and is on a rise overlooking Route 29 and the Delaware River. Touch for map. Marker is at or near this postal address: 1357 River Rd, Titusville NJ 08560, United States of America. Touch for directions. 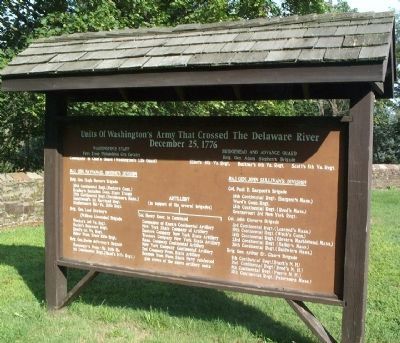 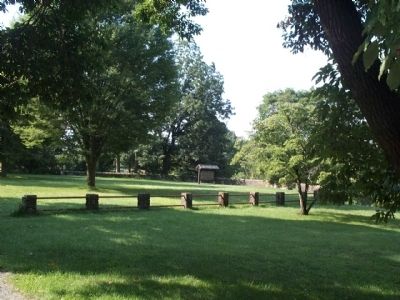 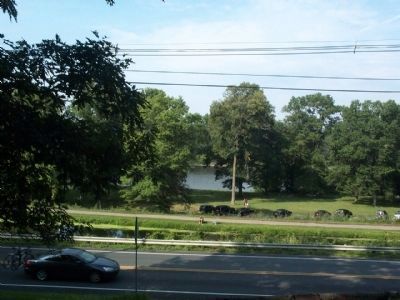 By Gary Nigh, August 2008
6. View from Site of Crossing Marker
Route 29 is in the foreground and the Delaware River can be seen through the trees. 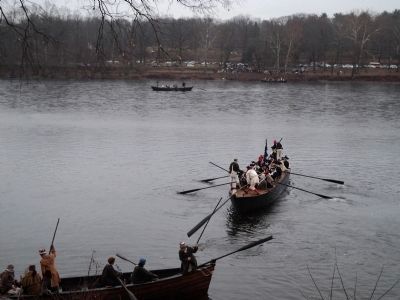