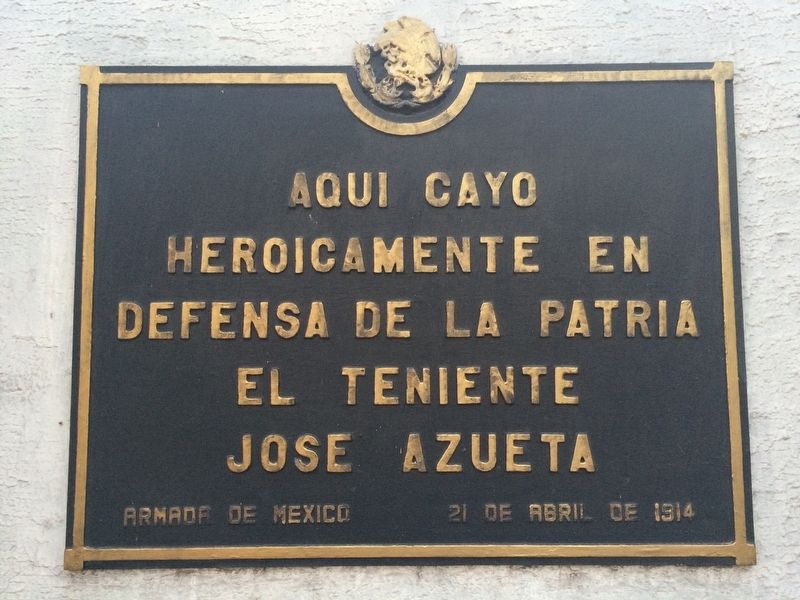 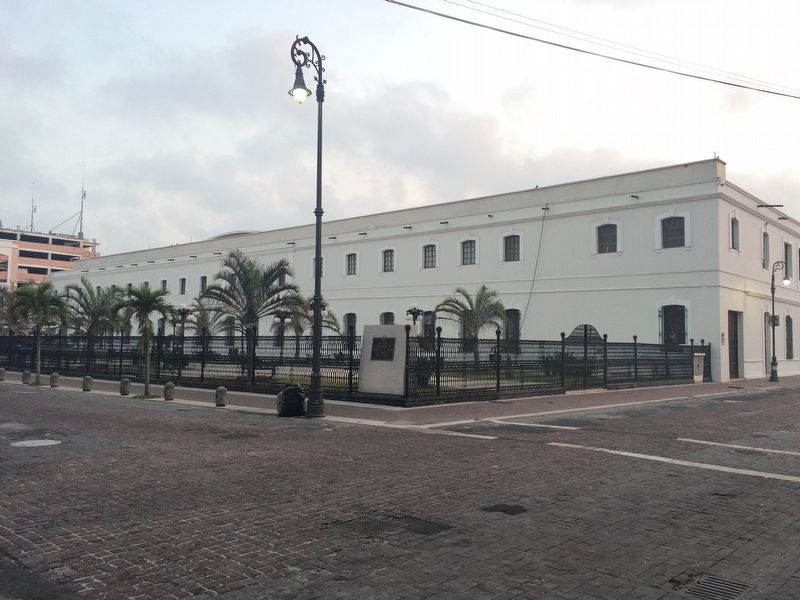 By J. Makali Bruton, March 24, 2017
2. Lieutenant José Azueta Marker
The Mexican Naval Museum can be seen in the distance.

Regarding Lieutenant José Azueta. During the Mexican Revolution, Carranza came to power but was continuing to be challenged by Huerta. U.S. President Wilson became aware of a weapons shipment that was to arrive in Mexico for Huerta. Due to this, and also possibly to respond to the "Tampico Incident" where some US soldiers were briefly detained by the Mexican government, Wilson sent the US Navy to occupy and control Veracruz, Mexico. During the invasion and battle most of the regular Mexican soldiers retreated and did not oppose the invasion. The resistance faced by US soldiers came from civilians and Mexican Naval Cadets, such as José Azueta, who was wounded while manning a machine gun on this corner. He died later of his wounds, refusing medical aid from US troops. 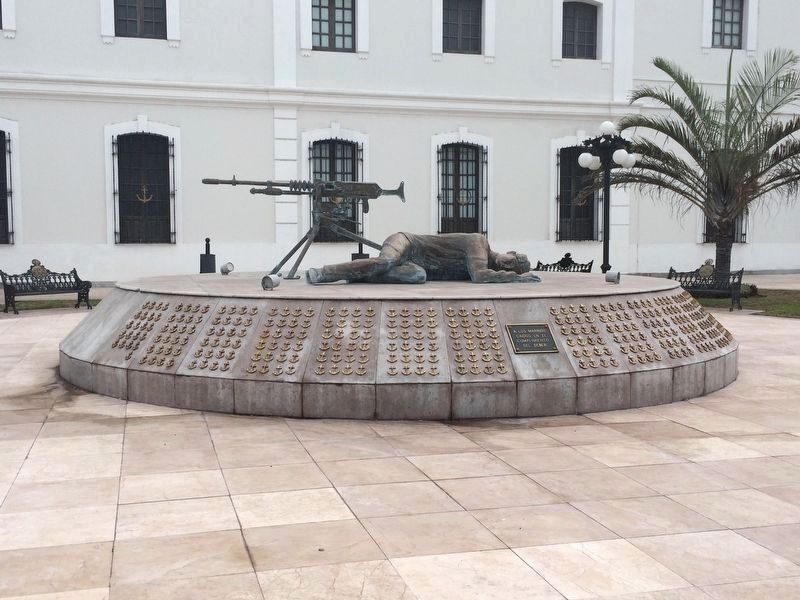 By J. Makali Bruton, March 25, 2017
3. Lieutenant José Azueta statue
This statue of a wounded Azueta is inside the western patio of the Mexican Naval Museum. Its inscription reads:

A los marinos caidos en el cumplimiento de su deber
(English translation: To the Marines fallen in the completion of their duty).