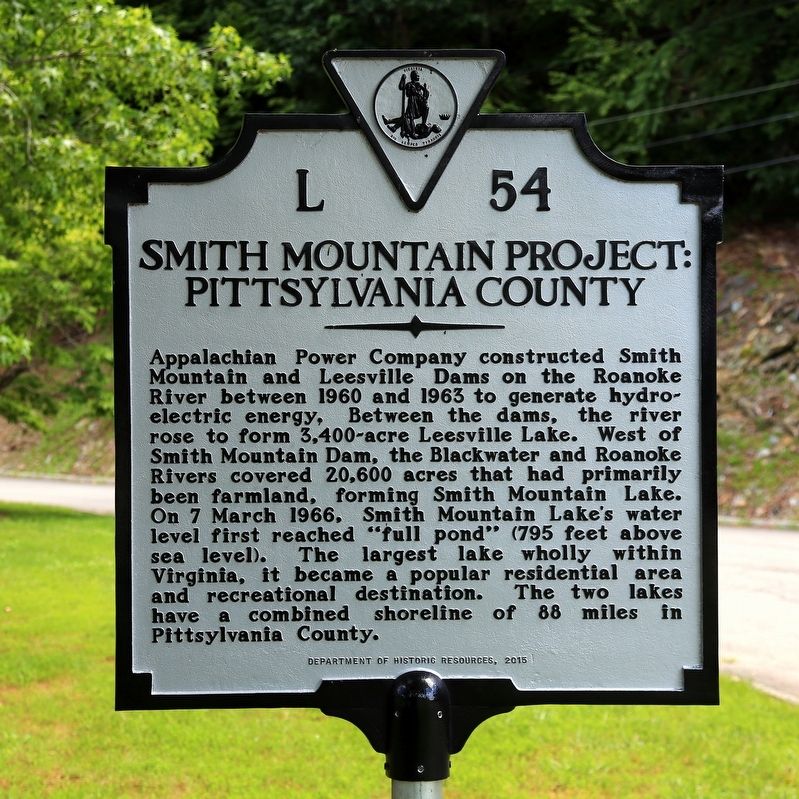 Appalachian Power Company constructed Smith Mountain and Leesville Dams on the Roanoke River between 1960 and 1963 to generate hydroelectric energy, Between the dams, the river rose to form 3,400-acre Leesville Lake. West of Smith Mountain Dam, the Blackwater and Roanoke Rivers covered 20,600 acres that had primarily been farmland, forming Smith Mountain Lake. On 7 March 1966, Smith Mountain Lake's water level first reached “full pond” (795 feet above sea level). The largest lake wholly within Virginia, it became a popular residential area and recreational destination. The two lakes have a combined shoreline of 88 miles in Pittsylvania County.

Topics. This historical marker is listed in these topic lists: Charity & Public Work • Waterways & Vessels. A significant historical date for this entry is March 7, 1966. 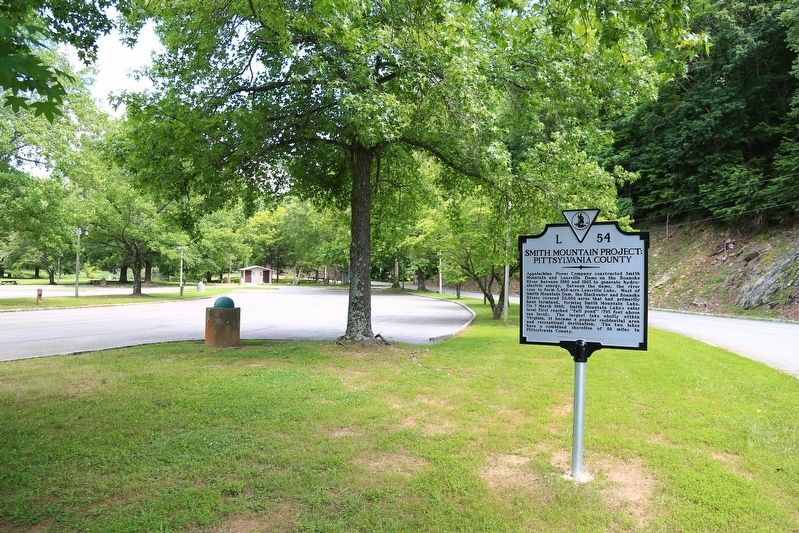 Click or scan to see
this page online
of Yorkshire Road (County Route 777), on the right when traveling west. It is at the American Electric Power’s Appalachian Power plant's picnic area on the Roanoke River near the Smith Mountain Lake dam. Touch for map. Marker is in this post office area: Sandy Level VA 24161, United States of America. Touch for directions.

More about this marker. It is at the Smith Mountain Lake dam, in the picnic area overlooking the Roanoke River. There is no charge to park at or use the picnic area. Further on Ford Road past the picnic area there is an overlook of the lake.

Also see . . .  Smith Mountain Dam. “In the late 1920s, Appalachian Power began purchasing land and planning for a hydroelectricity dam within the Smith Mountain Gorge that is split by the Roanoke River. After several delays and the completion of engineering studies, construction began in 1960. Construction on the smaller Leesville Dam also began downstream at this time as well. Concrete pouring began in 1961 and in 1962, the re-construction of roads and bridges that would be affected by the reservoir was complete.” 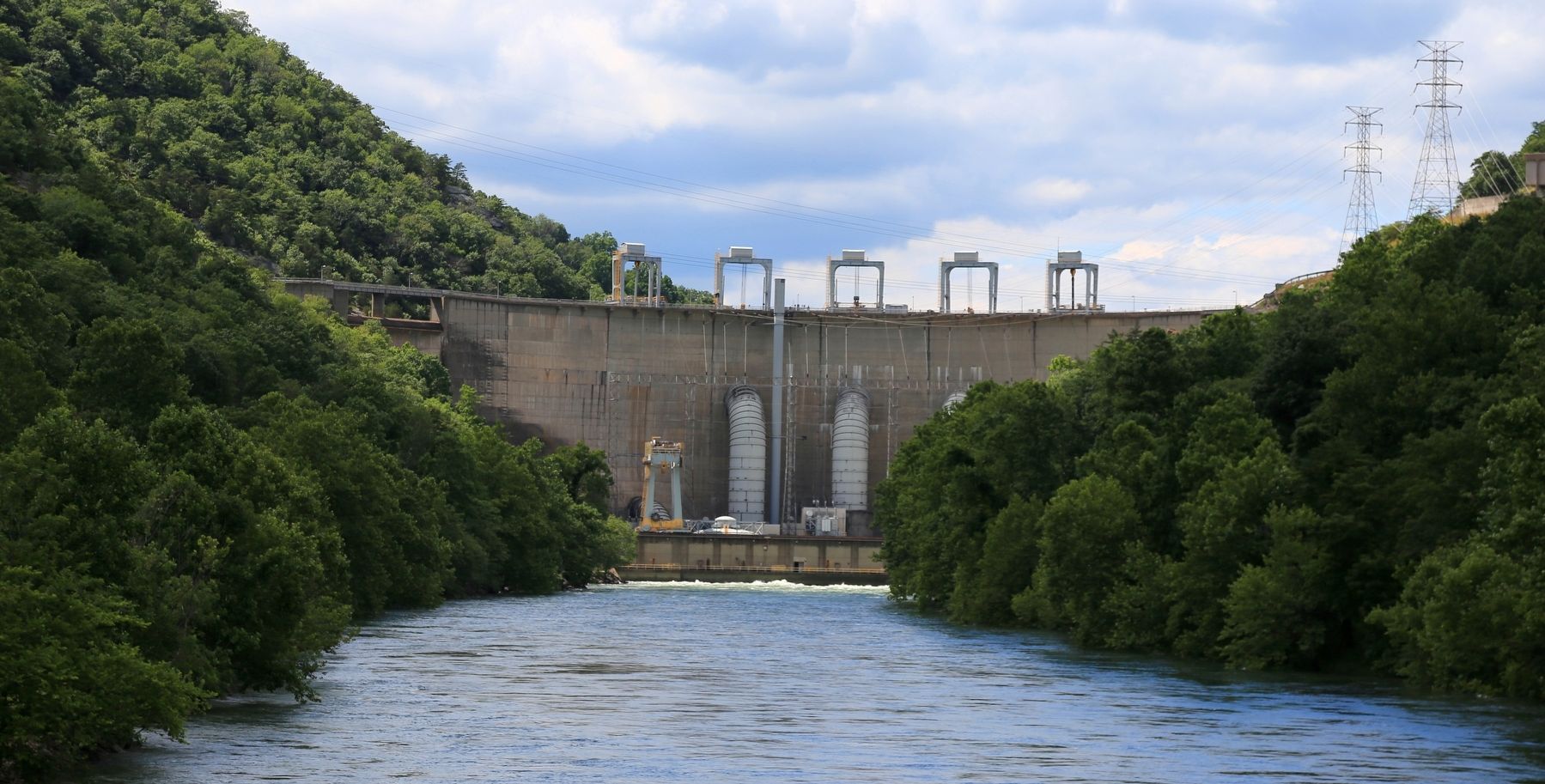 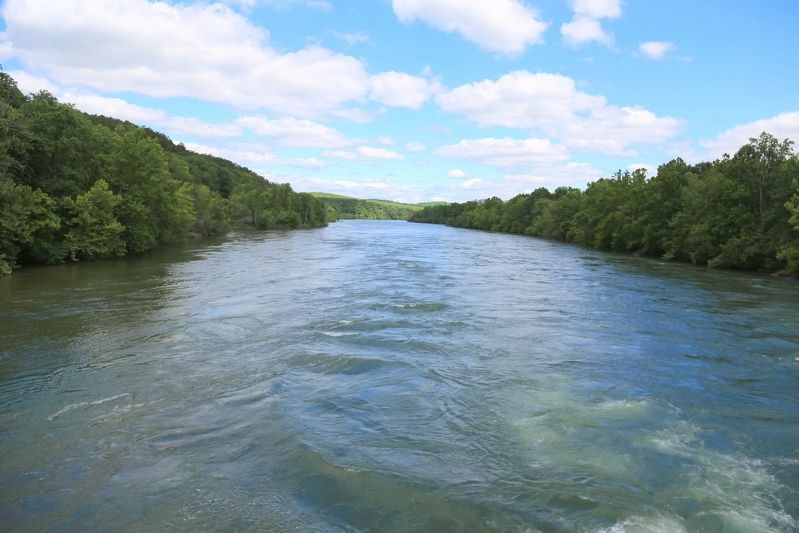