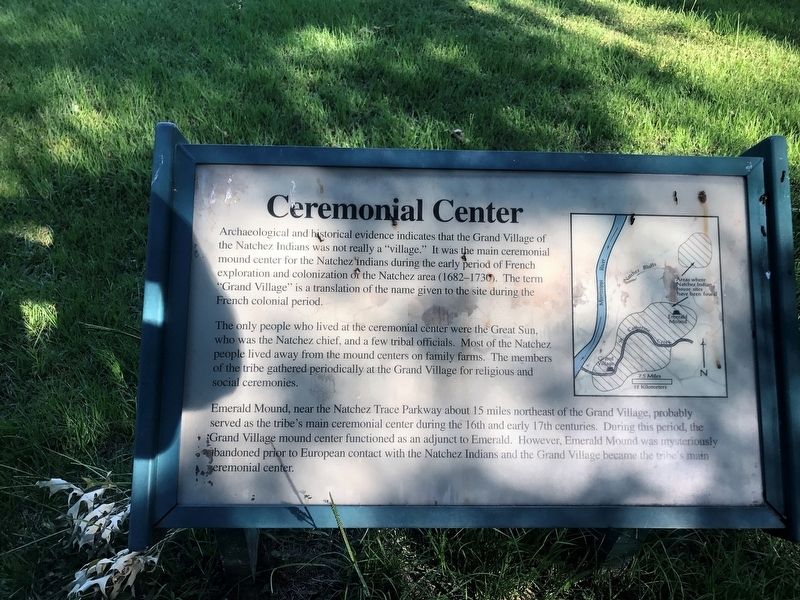 Archaeological and historical evidence indicates that the Grand Village of Natchez Indians was not really a "village." It was the main ceremonial mound center for the Natchez Indians during the period of French exploration and colonization of the Natchez area (1682-1730). The term "Grand Village" is a translation of the name given to the site during the French colonization period.

The only people who lived at the ceremonial center were the Great Sun, who was the Natchez chief, and a few tribal officials. Most of the Natchez people lived away from the mound centers on family farms. The members of the tribe gathered periodically at the Grand Village for religious and social ceremonies. 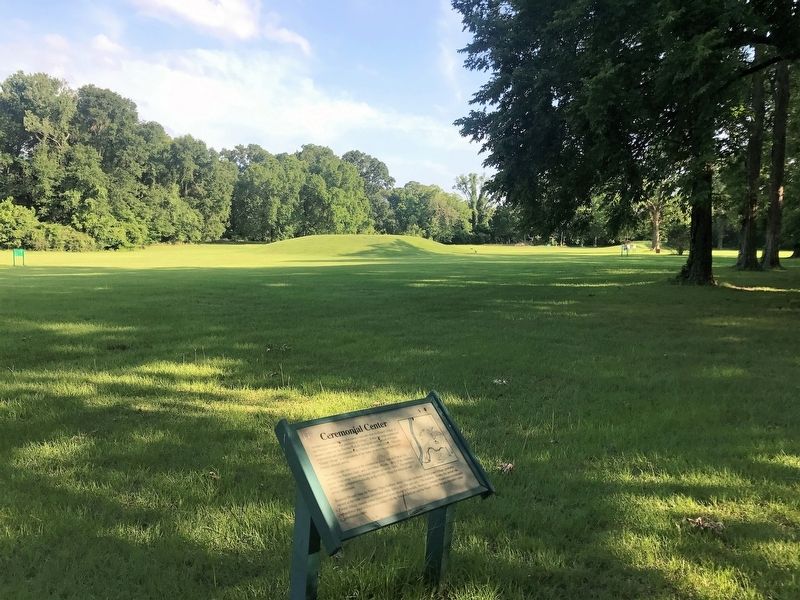 Click or scan to see
this page online
marker is listed in this topic list: Native Americans.

Location. 31° 31.483′ N, 91° 22.788′ W. Marker is in Natchez, Mississippi, in Adams County. Marker can be reached from Jeff Davis Boulevard east of Temple Road, on the right. Located on the grounds of the Natchez Grand Village complex. Touch for map. Marker is at or near this postal address: 400 Jeff Davis Blvd,, Natchez MS 39120, United States of America. Touch for directions. 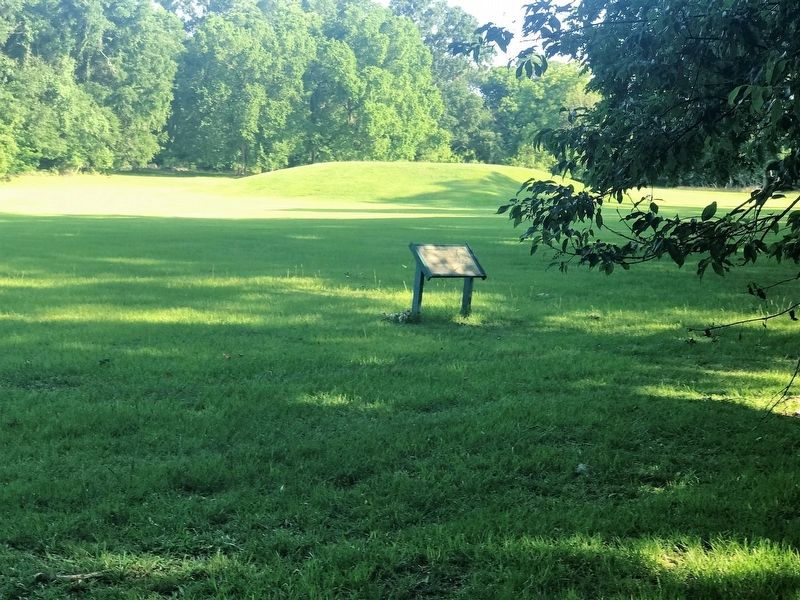