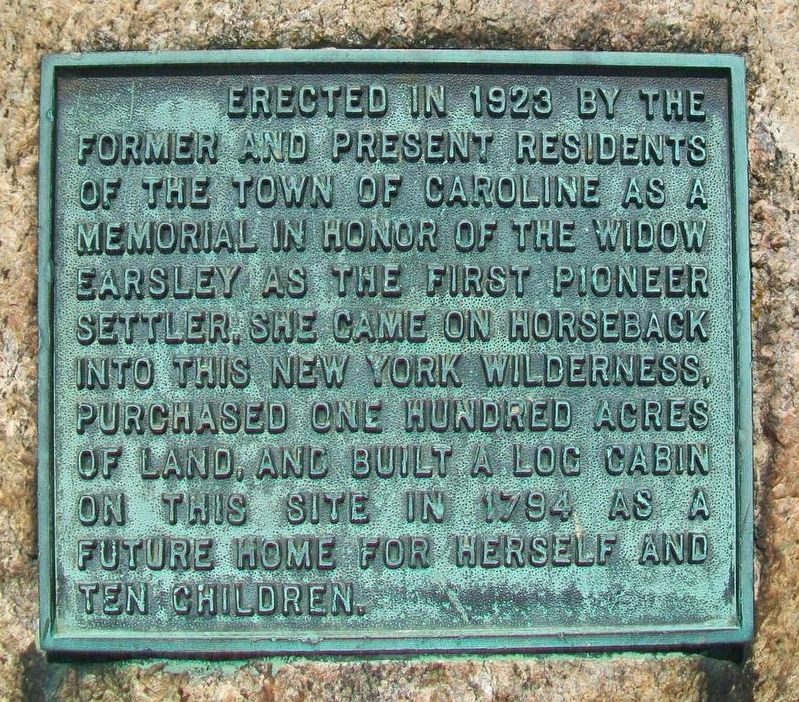 Erected in 1923 by the former and present residents of the Town of Caroline as a memorial in honor of the Widow Earsley as the first pioneer settler. She came on horseback into this New York wilderness, purchased one hundred acres of land, and built a log cabin on this site in 1794 as a future home for herself and ten children.

Erected 1923 by the Former and Present Residents of the Town of Caroline.

Topics. This historical marker is listed in this topic list: Settlements & Settlers. A significant historical year for this entry is 1923.

Other nearby markers. At least 8 other markers are within 4 miles of this marker, measured as the crow flies. Cabin Site (about 500 feet away, measured in a direct line); Home of Nathaniel Tobey (approx. ¼ mile away); Old Rich Tavern (approx. 0.3 miles 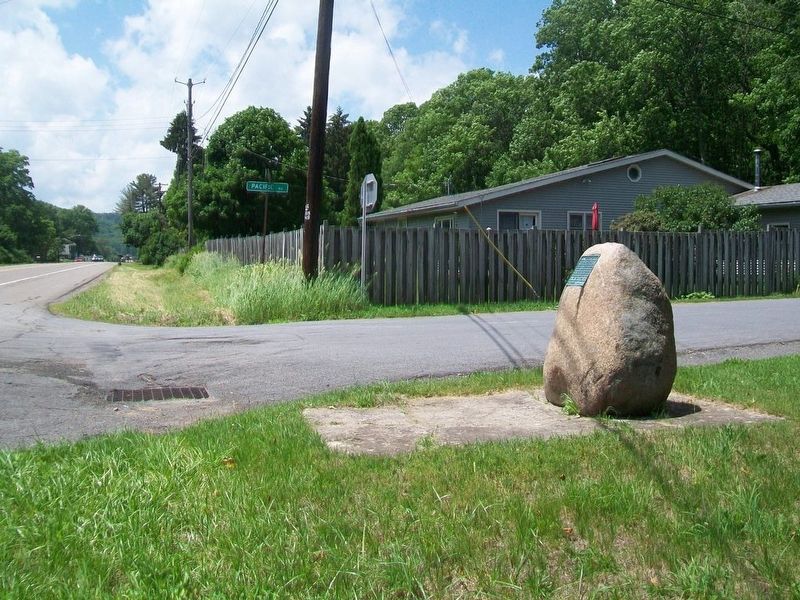