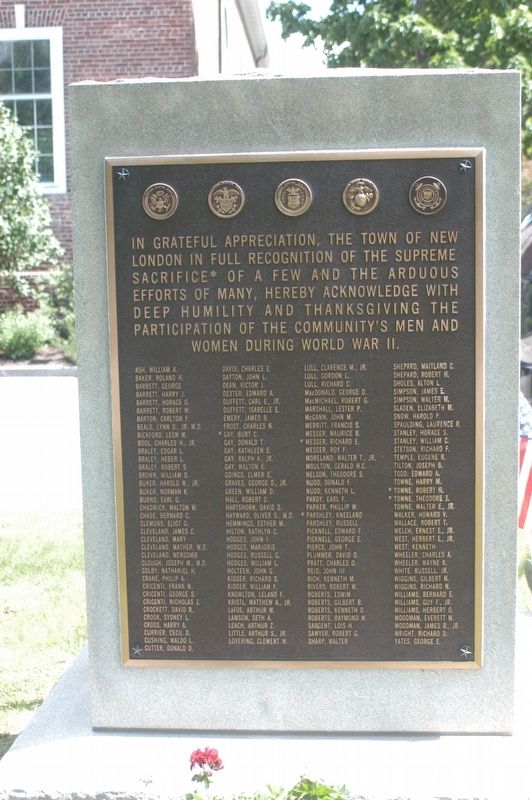 In grateful appreciation, the town of New London in full recognition of the supreme sacrifice* of a few and the arduous efforts of many, hereby acknowledge with deep humility and thanksgiving the participation of the community's men and women during World War II.

(4 rows of names with 5 starred, indicating they died in service)

(side 2)
To all who served and performed their obligations and tasks with honor and distinction, some beyond the "Call of Duty." All will not be forgotten and we pledge our everlasting gratitude and offer a most humble prayer of Thanksgiving. 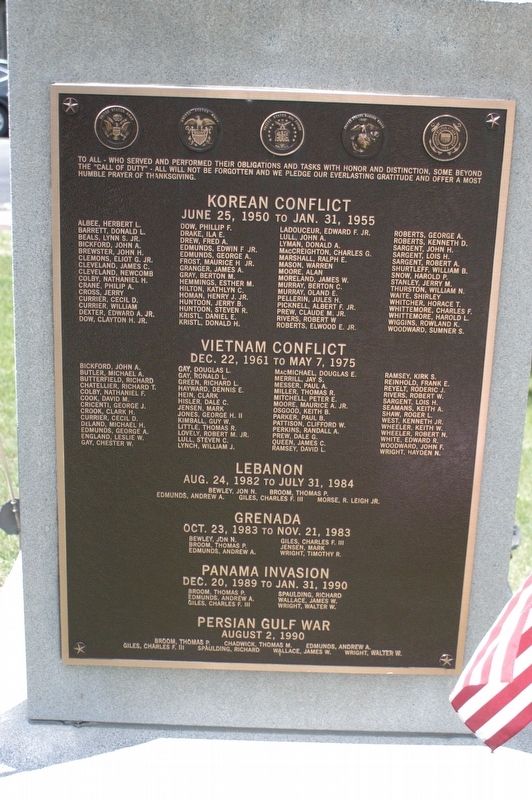 Other nearby markers. At least 8 other markers are within 14 miles of this marker, measured as the crow flies. A different marker also named New London War Memorial (here, next to this marker); Hotels and Camps (approx. 3.9 miles away); Potter Place (approx. 6.6 miles away); John Sargent Pillsbury (approx. 6.9 miles away); Center Meeting House, Newbury (approx. 6.9 miles away); Newbury NH Veteran's Memorial (approx. 7 miles away); Waterloo Historical District (approx. 10.7 miles away); This Mill Stone (approx. 13.6 miles away).
Credits. This page was last revised on June 22, 2017. It was originally submitted on June 21, 2017, by James R. Murray of Elkton, Florida. This page has been viewed 132 times since then and 7 times this year. Photos:   1, 2. submitted on June 21, 2017, by James R. Murray of Elkton, Florida. • Bernard Fisher was the editor who published this page.
Share This Page.