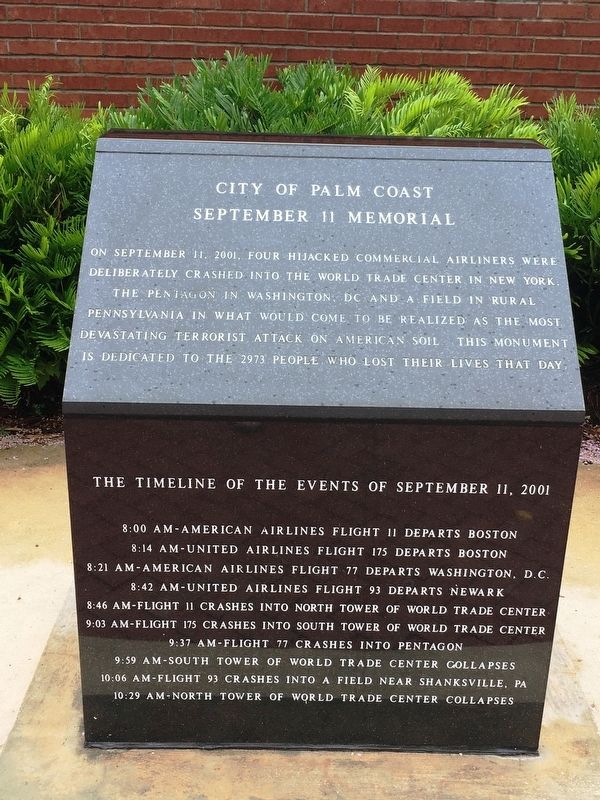 On September 11, 2001, four hijacked commercial air liners were deliberately crashed into the World Trade Center in New York, the Pentagon in Washington, DC and a field in rural Pennsylvania in what would come to be realized as the most devastating terrorist attack on American soil. This monument is dedicated to the 2973 people who lost their lives that day. 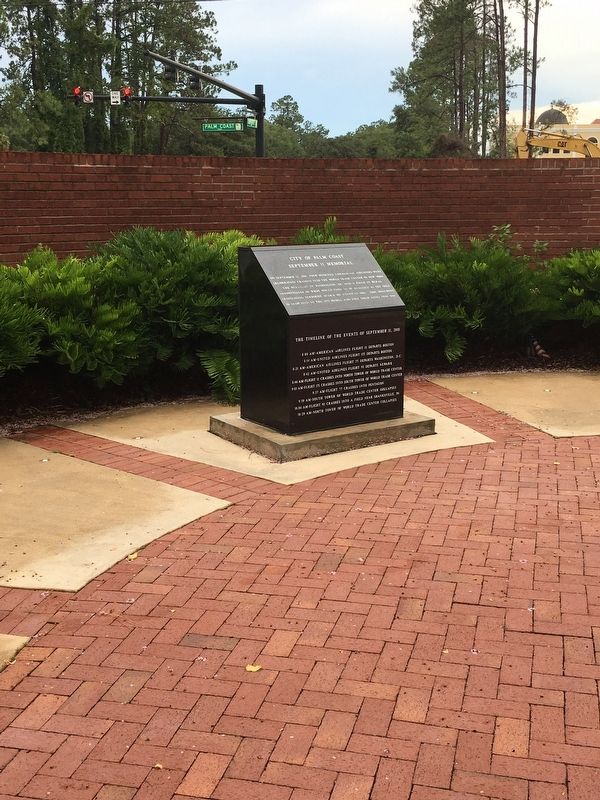 By Brandon D Cross, July 8, 2017
2. City of Palm Coast September 11 Memorial Marker
N, 81° 14.49′ W. Marker is in Palm Coast, Florida, in Flagler County. Memorial can be reached from the intersection of Palm Coast Parkway NW and Corporate Drive, on the right when traveling west. Marker located in the Heroes Memorial Park. Touch for map. Marker is at or near this postal address: 2860 Palm Coast Pkwy NW, Palm Coast FL 32137, United States of America. Touch for directions.

Regarding City of Palm Coast September 11 Memorial. Heroes Memorial Park, constructed in 2006, is a park honoring all branches of the military along with civil agencies such as law enforcement and fire and rescue services. Memorial services are scheduled throughout the year to honor those that protect and serve our country. 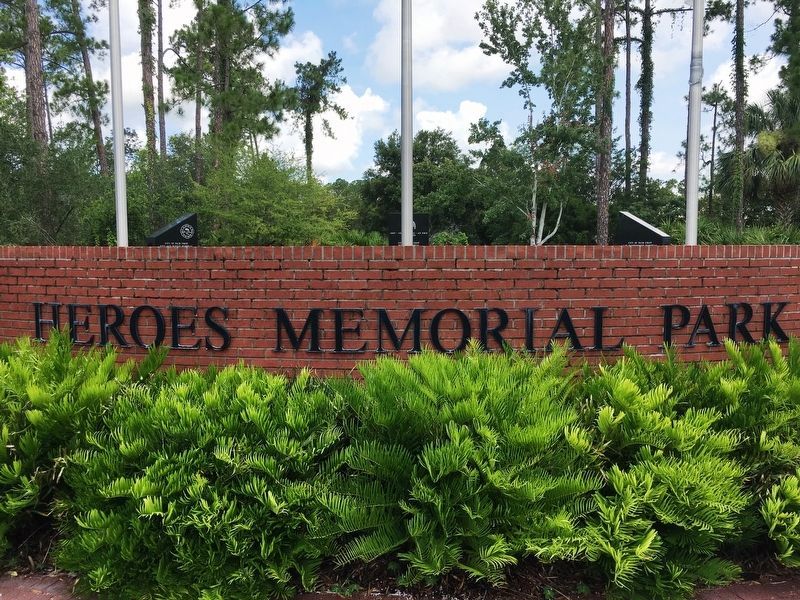