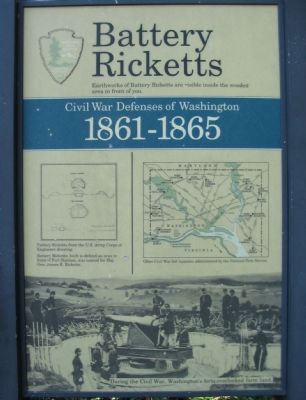 Earthworks of Battery Ricketts are visible inside the wooded area in front of you.

Battery Ricketts, built to defend an area in front of Fort Stanton, was named for Maj. Gen. James B. Ricketts.

Topics and series. This historical marker is listed in these topic lists: Forts and Castles • War, US Civil. In addition, it is included in the Defenses of Washington series list. A significant historical year for this entry is 1861.

Other nearby markers. At least 8 other markers are within walking distance of this marker. Thurgood Marshall (about 500 feet away, measured in a direct line); Freedom Grove (1838) (approx. 0.3 miles away); Memorial Grove (1841-1895)

More about this marker. The marker displays a plan of Battery Ricketts from U.S. Army Corps of Engineers drawing. A map shows other Civil War fortifications surrounding Washington, D.C. administered by the park service. The bottom of the marker is a wartime photo, used on many markers of this series, of a gun at Fort Totten, captioned During the Civil War, Washington's forts overlooked farm land.

Noted as a "Fort" in some references, this work had a perimeter of 123 yards. The form was an enclosed battery or redoubt. Its purpose was to defend an exposed ravine, which was a blind side to nearby Fort Stanton. Thus Forts Stanton, Ricketts, and Fort Snyder 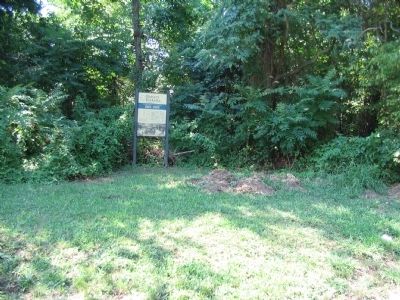 By Craig Swain, August 7, 2008
3. Battery Ricketts Marker
The remains of Battery Ricketts are behind the marker in the overgrowth.
(further to the south) defended the approaches to the Navy Yard Bridge.

The fort's armament evolved over time. In February 1862 it boasted four 32-pdr seacoast guns. By March 1864 these were replaced by three 12-pdr howitzers and one 8-inch siege howitzer. A year later the howitzers were upgraded to 12-pdr Napoleons.

The fort was likely named for General James B. Ricketts. But may also have been named for Captain R. Bruce Ricketts, later chief of artillery of the IX Corps.
— Submitted August 22, 2008, by Craig Swain of Leesburg, Virginia. 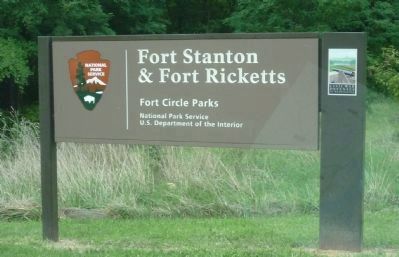 By Richard E. Miller, August 19, 2011
4. Fort Stanton and Fort Ricketts
- signage on Fort Place, SE (around the corner from the Ricketts marker), reflecting the contiguous situation of the two Fort Circle Park units. 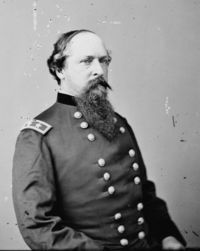