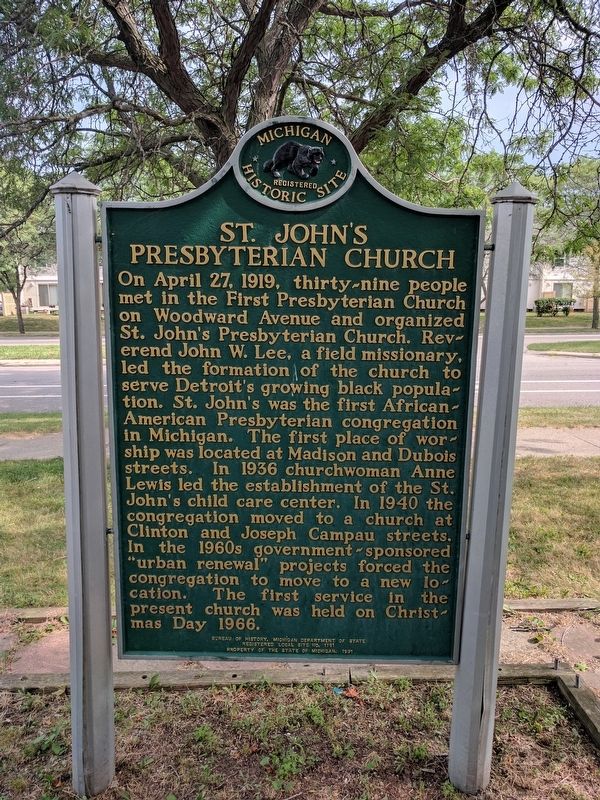 On April 27, 1919, thirty-nine people met in the First Presbyterian Church on Woodward Avenue and organized St. John's Presbyterian Church. Reverend John W. Lee, a field missionary, led the formation of the church to serve Detroit's growing black population. St. John's was the first African-American Presbyterian congregation in Michigan. The first place of worship was located at Madison and Dubois streets. In 1936 churchwoman Anne Lewis led the establishment of the St. John's child care center. In 1940 the congregation moved to a church at Clinton and Joseph Campau streets. In the 1960s government-sponsored "urban renewal" projects forced the congregation to move to a new location. The first service in the present church was held on Christmas Day 1966.

Topics and series. This historical marker is listed in this topic list: Churches & Religion. In addition, it is included in the Michigan Historical Commission series list. A significant historical date for this entry is April 27, 1919. 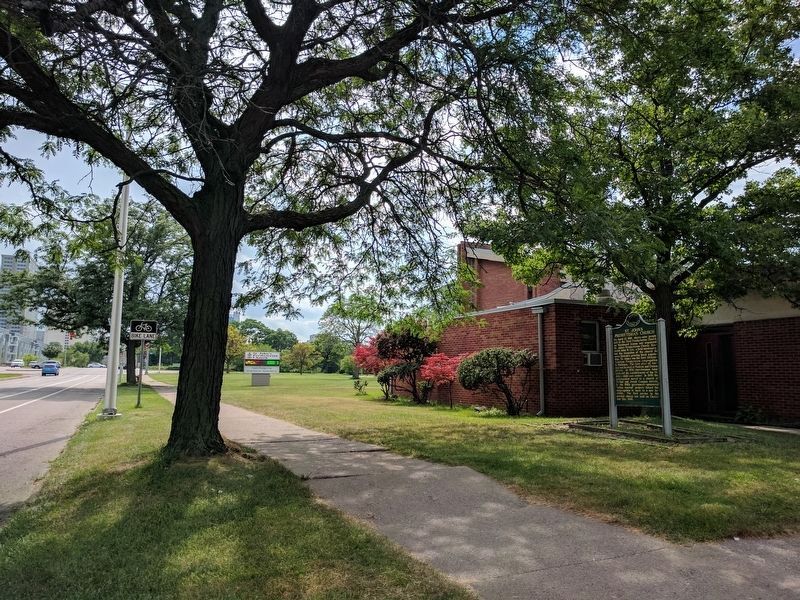 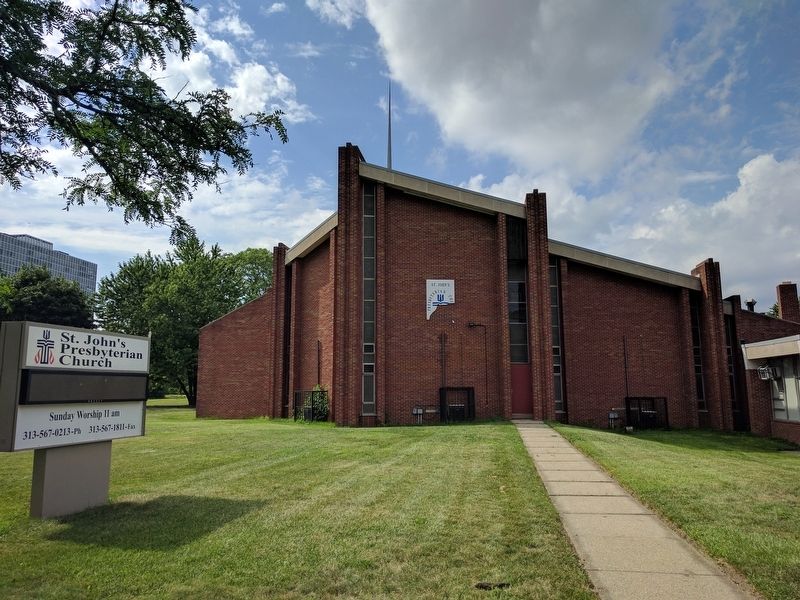